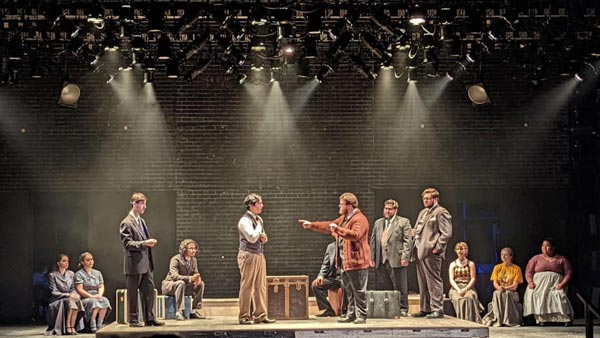 Indecent is a deeply moving play inspired by the true events surrounding the controversial 1923 Broadway debut of Sholem Asch’s God of Vengeance — a play seen by some as a seminal work of Jewish culture, and by others as an act of traitorous libel. Indecent follows the history of an incendiary drama and the path of the artists who risked their careers and lives to perform it. 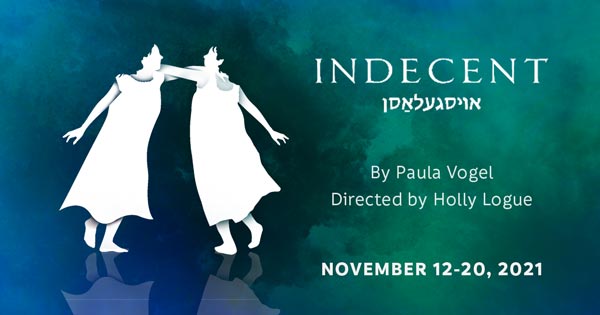 As Indecent theatrically moves through time from Warsaw to Berlin, St. Petersburg to Constantinople, Bratislava to New York, brief scenes from God of Vengeance are performed and we learn the story of a Jewish brothel owner who uses his profits to arrange a marriage for his daughter; until she falls in love with one of his prostitutes.

The cast of twelve Kean theatre students plays over thirty roles, swapping an article of clothing, a vocal inflection, or a physicality to indicate the change.

Infused with klezmer music, Indecent was uniformly praised by critics when it debuted Off-Broadway where Charles Isherwood in The New York Times called it “a powerful new play.” It would go on to Broadway where it was nominated for three Tony Awards, winning Best Direction and Best Lighting Design.

Tickets for Indecent are available by calling (908-737-7469), online at www.kean.universitytickets.com or at the Wilkins Theatre Box Office located at Kean University, 1000 Morris Avenue. Tickets range from $10-15.