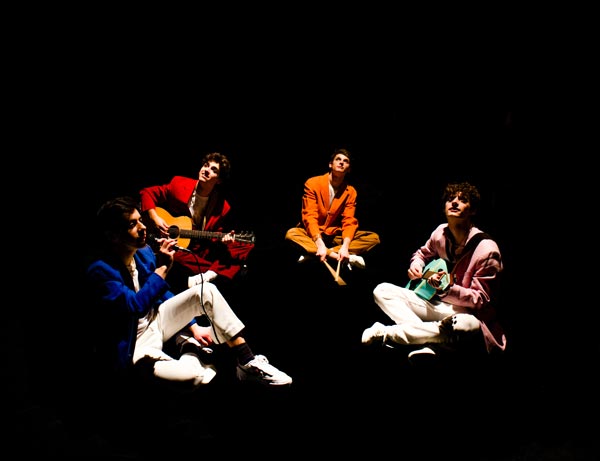 Written almost entirely in the COVID-19 era, Don’t Shoot the Messenger! is a statement on the way relationships (platonic and romantic alike) can throw themselves together and disintegrate just as fast. Most importantly, the album offers an answer. Change starts with the individual. At its core, the album itself is something like a cry for help, a distress signal, a message; Livingroom is the proverbial messenger.

You can stream the album at Soundcloud, Bandcamp, and Spotify.

Livingroom’s mission statement has been the same ever since its four members met as freshmen in high school: to create original music with an emphasis on quality songwriting. Founded in 2018 in the suburbs of Chicago, the band quickly transitioned from a backing group for their school’s variety show to a serious band with a distinct musical voice. Their synthesis of musical genres lends itself to a uniquely catchy sound the band coined “grape pop.”