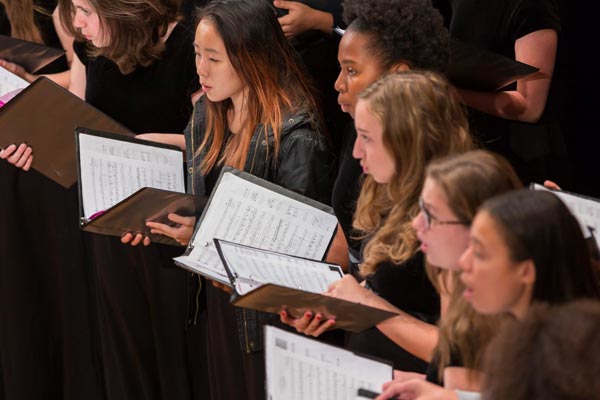 (PRINCETON, NJ) -- Princeton Girlchoir’s (PGC) 14th annual Children Making a Difference benefit concert video will stream on Saturday, November 13 at 7:00pm and Sunday, November 14 at 3:00pm. Tickets, which are $15, and streaming information can be found on the Westrick Music Academy (WMA) website.

The Children Making a Difference benefit concert empowers singers that they can make a difference by using their time and talents to help others. Each year, the benefit concert raises money for a different charitable organization in our community, and educates audiences about services the non-profit provides. This year's charity is Princeton Mobile Food Pantry, whose mission is to provide food and other support to underserved members of the Princeton, NJ community. Donations to purchase non-perishable holiday baking goods can be made to Princeton Mobile Food Pantry.

This special concert, led by PGC Artist Director Dr. Lynnel Joy Jenkins, will include all seven choirs of Princeton Girlchoir. The concert will feature the song Sing Out, My Soul, by Marques L.A. Garret, which calls out to our souls to sing. PGC will perform music in which joy comes from deep within our hearts, minds, and soul.

The girls of PGC range in age from 8 to 18. Selected by audition, they come from numerous schools in central New Jersey and eastern Pennsylvania and attend weekly rehearsals where they find their voices, build confidence, and build a life-long love of singing together.

The Music Education Programs offered by WMA are designed to serve both members of the organization’s flagship choirs and those in the broader community.