A Case of Blue, a feature film starring Stephen Schnetzer (Another World, Homeland, ATWT, Days, OLTL ) and Annapurna Sriram (Billions, Feral) was released for renting and purchasing on most streaming platforms on October 19, 2021.  The film which asks "is it possible to relive a long-lost romance?" has a heavy New Jersey / New York presence and was filmed mostly in Ridgewood using many local actors.

The movie is written and directed by Student Academy Award winner Dana H. Glazer. It is executive produced by Scott Rosenfelt  (Home Alone, Mystic Pizza, Critical Thinking). Co-producers are Suzanne Ordas Curry (Tainted Dreams, Equity, Killian and the Comeback Kids) and Dotti Fucito (Bad Parents).  All of the above people are New Jersey residents.  Many of the people involved in this movie are prominent members of the Ridgewood Community. Some, like the President of Ridgewood Guild, have cameos in it.

This compelling romantic drama, shot in iconic NYC locations, is about a recent retiree (Schnetzer) who attends a life drawing class in New York and encounters the free-spirited model (Sriram) who resembles a long-lost love. Tracy Shayne (Homeland, Blindspot) plays his wife and Ken Baltin (The Equalizer 2, The Vault) play his best buddy.

Dana Glazer states, "This was a deeply personal film that I made as a way of communicating with my dad about some challenging things he was going through at the time and I hope audiences find it both entertaining and redemptive.”

Scott Rosenfelt executive producer adds, “When Dana Glazer sent me the script, I was immediately taken with the story and Dana’s unique vision for it.  I thought it embodied all of the elements of a major film that could be made as an indie.  I was happy to work alongside Dana throughout and the proof is on the screen.”

A Case of Blue has won awards at the Chelsea (NYC) Film Festival and Imagine This! Women's International Film Festival in NYC.  The film is being distributed by 1091 Media and is a Dane-Gramp Production and is available on most streaming platforms including Amazon, Itunes, Apple TV, Google Play, Xbox, VUDU, iN Deman Movies, Vubiquity, Dish with more coming. Click here for quick links to places you purchase or rent the film from.

1091 Pictures is an American film studio, based in New York, New York, and Los Angeles, California. The company was founded as the film and television division subsidiary of The Orchard in 2015. The company is best known for the Oscar nominated films Life, Animated and Cartel Land. 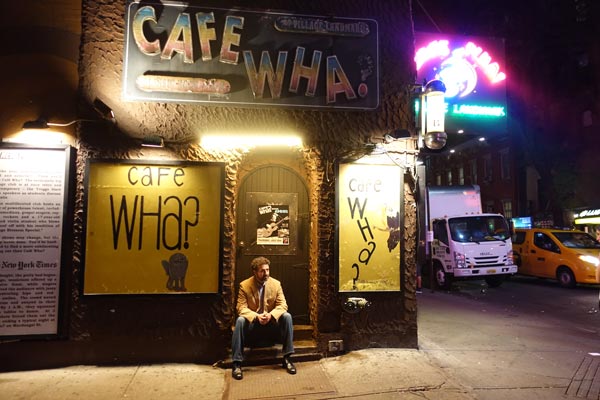