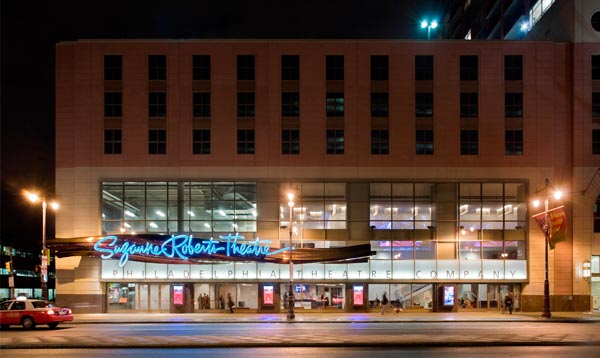 (PHILADELPHIA, PA) -- Philadelphia Theatre Company is ready to welcome audiences back into the Suzanne Roberts Theatre for the return of live, in-person theatre. The 2021-2022 season will feature two world premiere plays, a Tony Award-winning play with soaring gospel and R&B music, and a chance for audiences to reawaken their senses.

PTC requires that audience members present proof of vaccination and wear a mask while in the venue. PTC is also offering reduced capacity seating in its mezzanine for audience members who would like to take an additional precaution at the theatre. Subscriptions for PTC’s 47th season are on sale at www.philatheatreco.org or by phone at 215-985-0420. All shows are performed at PTC’s home at the Suzanne Roberts Theatre, 480 South Broad Street, Philadelphia, PA.

“I have looked forward to this announcement for so long,” said PTC Producing Artistic Director Paige Price. “There’s an acting tool called ‘sense memory.’ Simply stated, it is the remembering by the five senses of the sensory impressions one experiences, which are stored in your subconscious. We invite audiences to reawaken their own senses, by remembering how they felt sitting and sharing theatre together. There is simply no substitute for live performances.”

November 11 to December 5, 2021  -  The Garbologists by Lindsay Joelle; Directed by Estefanía Fadul. He’s a white, blue-collar mansplainer hiding a heart of gold. She’s the Black, Ivy League-educated newbie who just joined his route. Thrown together in a 19-ton garbage truck, they’re forced to find their own steady rhythm. Along their route, pre-coffee bickering gives way to a reluctant bond over the broken, beautiful things we discard. As their lives become increasingly entwined, these two essential workers from different worlds discover there’s more that binds them than taking out the trash. A co-World Premiere with City Theatre.

“I saw it at the PlayPenn conference, and it was one of the first readings I attended when I arrived in Philadelphia,” said Price, of this play that was presented at PTC’s See & Be Scene. “The writing struck me as so deceptively funny, yet the themes of the play were really deep. We were talking about how relevant this show would be right now.  I mean, the metaphors about what people toss aside and how one person’s trash is another’s treasure? Pure gold, and couched in an intimate buddy comedy with two unlikely truck mates.  It just felt so fresh and I knew audiences who were just getting their theatre sea legs would really enjoy this world premiere.”

February 18 to March 13, 2022 - Choir Boy by Tarell Alvin McCraney; Directed by Jeffrey Page. Honor. Legacy. Pride. Taking his place out front as the choir leader at an elite all-boys, all-Black prep school, Pharus Young is determined to make his mark by challenging expectations in a world steeped in deep-rooted traditions. Can Pharus find harmony among his peers while staying true to his own voice? From Tarell Alvin McCraney, the Academy Award®-winning writer of Moonlight, Choir Boy electrified Broadway with its soaring gospel, spiritual, and R&B performances.

“Choir Boy is a play we have been planning on doing since before the shutdown, so I’m thrilled we finally get to produce this utterly bracing, uplifting play with music,” said Price. “ I saw it on Broadway and it was a limited engagement, so I think it’s a real treat to bring it to Philadelphia audiences.  PTC Resident Artist Jeffrey Page will direct and choreograph and he’s absolutely the right person to bring it to life.”

April 15 to May 8, 2022 - Wooly Mammoth Theatre Company In Association with the Folger Shakespeare Library Presents Where We Belong, a  World Premiere byy Madeline Sayet; Directed by Mei Ann Teo. In 2015, Mohegan theatre-maker Madeline Sayet traveled to England to pursue a PhD in Shakespeare. Madeline finds a country that refuses to acknowledge its ongoing role in colonialism, just as the Brexit vote threatens to further disengage the UK from the wider world. In this intimate and exhilarating solo piece, Madeline echoes a journey to England braved by Native ancestors in the 1700s following treatise betrayals – and forces audiences to consider what it means to belong in an increasingly globalized world.

“Where We Belong is one of those unicorns like What the Constitution Means to Me - a fully autobiographical yet dramatic play,” said Price. “This world premiere will then embark upon a tour. We feel really lucky to launch a show so rich in storytelling, that gives us an opportunity to connect with our community in a new way. The playwright is a Shakespearean scholar who goes to study in the UK and bumps - quite literally - into her own history as a Mohegan.  It’s funny and warm, and a little bit painful, as you learn about her story, which resonates in such a profound way.”

The tour of Where We Belong will receive a developmental production at Baltimore Center Stage (Stephanie Ybarra, Artistic Director) in October 2021.

In addition to the three productions, PTC will also bring back See & Be Scene, early in 2022, to preview shows the company is considering for future seasons and to get the audience’s feedback in real time. The re-vamped Terrence McNally Award was presented to Donja R. Love in the previous season, and the company will have a reading of his winning play What Will Happen to All That Beauty? in the upcoming 2021-2022 season. This fall, PTC will call for submissions for another round of the Terrence McNally Award.

“I have learned that there is no time like the present and so we are going to do new things this year, new plays, and we will hopefully have new faces among our most ardent fans,” said Price. “To get through this difficult time, I kept my eye on the prize, and I imagined calling actors with offers, I imagined rehearsals, and then I imagined opening the doors to grateful audiences who just want to be transported– that’s what keeps us going.”

Subscriptions to the Philadelphia Theatre Company 2021-2022 season are on sale. Three-show subscription packages will run from $72-114 per person. Subscriptions are available online at www.philatheatreco.org or by phone at 215-985-0420. Individual show tickets for The Garbologists will go on sale on October 15th. For those who want early access to discounted tickets, patrons can become sustaining members and support PTC with a $10 a month donation. PTC also continues its 10Tix program with the support of PNC Arts Alive, and this year, first responders, healthcare, and front line workers will receive special advance access to a reserved set of 10Tix for each performance as a thank you for their bravery and perseverance during the pandemic.

Founded in 1974, Philadelphia Theatre Company has presented 201 World and Philadelphia premieres. More than 50 percent of PTC’s world premieres have moved on to New York and other major cities, helping to earn Philadelphia a national reputation as a hub for new play development. In 2007, PTC was instrumental in expanding Philadelphia’s thriving cultural corridor by opening the Suzanne Roberts Theatre on the Avenue of the Arts.