Brian Fallon has announced a very special new album comprised of his recordings of classic hymns. Night Divine, produced and recorded by Fallon himself, arrives on November 5 via Lesser Known Records/Thirty Tigers. The album is available for pre-order now. To herald its arrival, Fallon shares the first single and album opener, “The Virgin Mary Had One Son.” Soulful and spirited vocals glide over lithely picked acoustic guitar and add another dimension to the original composition.

“This was the first music I’d ever heard and learned,” Fallon recalls. “It’s one of the earliest musical memories I have. So, the idea has been churning in my head for a long time. Even when I was making rock ‘n’ roll, this was always in the background.”

Fallon adds, “I heard Odetta sing an incredible live version of ‘Virgin Mary Had One Son,’ and it was actually one of the performances that inspired me to learn the piano. Joan Baez sang it back in the sixties too. From those two versions, I put down my own structure with the acoustic guitar and the vocal. The other sonic elements appear and disappear like characters in a play. In the end, everything comes out for one last note.”

Growing up, Fallon counted these hymns among his earliest musical memories. His mom performed many of them in church and often played them on a nylon string acoustic guitar at home. After touring the world multiple times and delivering over a dozen albums across his solo catalog, The Gaslight Anthem, and The Horrible Crowes, he’s come to embrace this music like never before. Making use of his time at home during quarantine, he carefully chose 10 hymns and recorded them by himself at home - a career first. Meanwhile, his mom contributed to several of the songs, making this undertaking even more meaningful.

Night Divine continues a prolific streak for Fallon. Last year, he reached a new creative and critical peak with his previous solo LP, Local Honey. In addition to praise from Rolling Stone, Mojo, and American Songwriter, UNCUT hailed it as “sparse, reflective, and among Fallon’s best,” while No Depression went as far as to call it, “Fallon’s most complete work since Gaslight.”

The album is available for pre-sale here.

In December, Fallon resumes his traditional holiday residency with 5 sold-out solo shows at New Jersey’s fabled Crossroads. Next year, Brian Fallon and The Howling Weather make a full return to the road in the U.S. and UK/Europe. 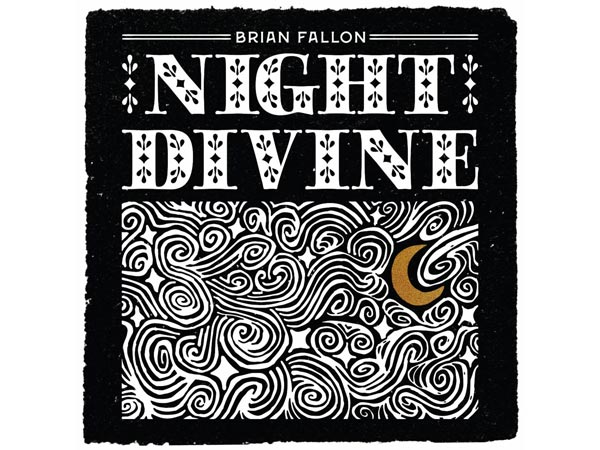 Includes: The Virgin Mary Had One Son; Amazing Grace; O Holy Night; Nearer, My God, To Thee; Leaning On The Everlasting Arms; The First Noel; Sweet Hour Of Prayer; Angels We Have Heard On High; Silent Night; The Blessing