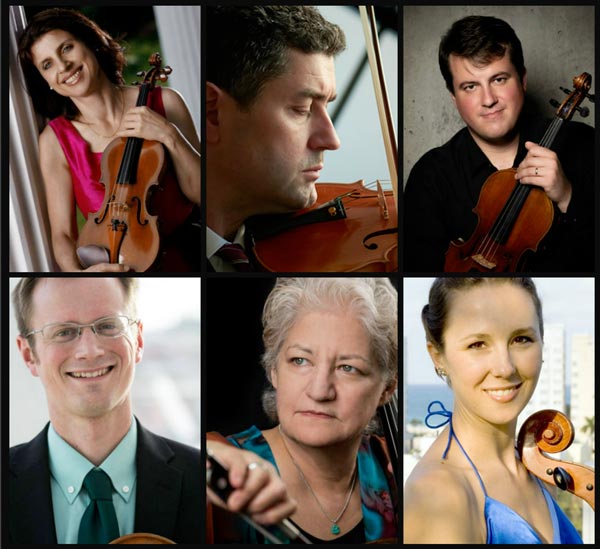 The live concert is at Bunker Hill Presbyterian Church, 330 Greentree Rd, Sewell, NJ. Health and safety protocols include proof of vaccinations, 50% capacity to allow social distancing, face coverings for all audience, no intermission or reception.

Handicapped parking is available in marked spaces at lot entrance and barrier-free entrance is at front of church.

In-person and Live stream ticket purchase, driving directions, and concert information can be found at www.musicatbunkerhill.org. Call for information (856) 494-6077.

This program is made possible by funds from the New Jersey State Council on the Arts, a partner agency of the National Endowment for the Arts and the Gloucester County Cultural and Heritage Commission.

Violinist CARMIT ZORI is the recipient of a Leventritt Foundation Award, a Pro Musicis International Award, and the top prize in the Walter W. Naumburg International Violin Competition. She has appeared as a soloist with the New York Philharmonic, the Rochester Philharmonic, and the Philadelphia Orchestra, among many others, and has given solo recitals at Lincoln Center, the Los Angeles County Museum of Art, the Isabella Stewart Gardner Museum in Boston, the Phillips Collection in Washington D.C., the Tel Aviv Museum and the Jerusalem Center for the Performing Arts. Her performances have taken her throughout Latin America and Europe, as well as Israel, Japan, Taiwan and Australia, where she premiered the Violin Concerto by Marc Neikrug.

GEORGY VALTCHEV (violin) has appeared as soloist, recitalist, and chamber musician throughout the United States, Europe, and Asia. Originally from Plovdiv, Bulgaria, he came to the United States in 1992 as a scholarship student of Dorothy Delay and Masao Kawasaki at The Juilliard School, where he ultimately earned his bachelor’s and master’s degrees. He has been heard as soloist with orchestras in Bangor, Baton Rouge, Boston, Chicago, Dallas, Miami, New York, New Jersey, in his native Bulgaria, and throughout Japan. Since 2011, Valtchev has been a Guest Concertmaster of the London Philharmonic Orchestra. As a chamber musician, he has appeared in New York’s Carnegie Hall, Alice Tully Hall, 92nd Street Y, Kennedy Center in Washington, D.C., Chicago’s Cultural Center, the Royal Carre Theatre in Amsterdam, the Barbican Centre in London, and China’s Guangzhou Opera House. He has been featured in international music festivals such as Mostly Mozart at Lincoln Center, Beethoven Festival at Bard College, Sofia Music Weeks, Varna Summer and Appolonia in Bulgaria, and Bastad Chamber Music Festival in Sweden. Valtchev is a founding member of Bulgarian Concert Evenings in New York.

Violist WIILLIAM FRAMPTON has been praised by critics for his “impressive” performances (The New York Times) and “a glowing amber tone” (The Boston Globe). Since his New York recital debut in 2009 at Carnegie Hall’s Weill Recital Hall, William has enjoyed a career of diverse performances around the world as a chamber musician, soloist, orchestral player, and teacher. Recent highlights include over 100 performances with a string quartet led by Midori Goto in tours of Asia and North America, numerous appearances as principal viola with the American Symphony Orchestra, appearances as guest artist with the Johannes Quartet, and world premieres of chamber music by J. Mark Stambaugh and a concerto by Peter Homans. He can be heard frequently in the broadway orchestras of Hamilton, Wicked, and The Lion King, and on film scores including The Joker, The Greatest Showman, The Girl on the Train, and many others.

William is the Artistic Director of Music at Bunker Hill, which he co-founded in 2008. He has performed at festivals including Bard Summerscape, Verbier, and IMS Prussia Cove, and as soloist with conductors Joseph Silverstein and David Hoose. He holds degrees from New England Conservatory and the Juilliard School, and studied with Kim Kashkashian, Samuel Rhodes, Choong-Jin Chang, and Byrnina Socolofsky. William teaches viola and chamber music at Queens College, CUNY.

PHILIP KRAMP enjoys a diverse career as an orchestral and chamber player. He is currently a violist with the Kansas City Symphony. Prior to that he was an active freelancer in New York City. He played regularly with the Mark Morris Dance Group, New York Philharmonic and Philadelphia Orchestra. As a chamber musician he has played at the Marlboro, Yellow Barn and Ravinia festivals, where he collaborated with members of the Guarneri and Juilliard String Quartets. He studied at the Curtis Institute and the New England Conservatory. Originally from Bloomington, IL, Philip graduated in 2009 from the Curtis Institute of Music in Philadelphia where he studied with Joseph DePasquale and Michael Tree. Philip studied chamber music with Steve Tenenbom, Pamela Frank and members of the Guarneri String Quartet.

MARCY ROSEN has established herself as one of the most important and respected artists of our day. Los Angeles Times music critic Herbert Glass has called her "one of the intimate art's abiding treasures." She has performed in recital and with orchestra throughout Canada, England, France, Japan, Italy, Switzerland, and all fifty of the United States. She made her concerto debut with the Philadelphia Orchestra at the age of eighteen and has since appeared with such noted orchestras as the Dallas Symphony, the Phoenix Symphony, the Caramoor Festival Orchestra, the Orpheus Chamber Orchestra in Carnegie Hall, the Jupiter Symphony and Concordia Chamber Orchestra at Alice Tully Hall, and the Tokyo Symphony at the famed Orchard Hall in Tokyo. In recital she has appeared in New York at such acclaimed venues as Carnegie Hall, the 92nd Street "Y" and Merkin Concert Hall; in Washington D.C. at the Kennedy Center, Dumbarton Oaks, the Phillips Collection and the Corcoran Gallery, where for many years she hosted a series entitled "Marcy Rosen and Friends." In recent seasons she has given Master Classes and appeared on stage in Beijing and Shanghai, China, the Seoul Arts Center in Korea and in Cartagena, Colombia.

A consummate soloist, Ms. Rosen's superb musicianship is enhanced by her many chamber music activities. She has collaborated with the world's finest musicians including Leon Fleisher, Richard Goode, Andras Schiff, Peter Serkin, Mitsuko Uchida, Isaac Stern, Robert Mann, Sandor Vegh, Kim Kashkashian, Jessye Norman, Lucy Shelton, Charles Neidich and the Juilliard, Emerson, and Orion Quartets. She is a founding member of the ensemble La Fenice, a group comprised of Oboe, Piano and String Trio, as well as a founding member of the world renowned Mendelssohn String Quartet. With the Mendelssohn String Quartet she was Artist-in-Residence at the North Carolina School of the Arts and for nine years served as Blodgett-Artist-in Residence at Harvard University. The Quartet which disbanded in January of 2010, toured annually throughout the United States, Canada and Europe for 31 years.

A versatile and promising performer bringing “sonorous life” to the stage [Cleveland Plain Dealer], cellist CARRIE BEAN STUTE’s musical endeavors cover the span of solo, chamber, and orchestral playing. Since 2014 she has held a position with “The President’s Own” Marine Chamber Orchestra in Washington, DC, where she performs in such diverse settings as the White House, State Department, area public schools, and the Phillips Collection. She is co-founder and co-artistic director of the Capitol Hill-based chamber music series the Chiarina Chamber Players. Appearing on most of Chiarina’s concerts alongside leading regional players, she also manages programming and outreach for a growing audience base.

Carrie was a fellow at the New World Symphony in Miami Beach, Florida, and at the Tanglewood Music Center, where she was recipient of the Karl Zeise Memorial Cello Award. As a soloist noted for her “style and virtuosity” [ClevelandClassical], Carrie has performed with the Florida Orchestra and the Apollo’s Fire Baroque Orchestra of Cleveland. She appeared at the Norfolk (CT) and Sarasota (FL) chamber music festivals, and at the Britten-Pears Young Artist Programme in Aldeburgh, England. While living in New York, she performed in such notable venues as Carnegie’s Zankel Hall, Le Poisson Rouge, Roulette, and an in-house educational residency at the 92nd Street Y. She has collaborated with such artists as Jaime Laredo, Sarah Chang, Charles Neidich, and Rolf Schulte. Her work with small ensembles and orchestras can be heard on the Albany, Avie, BSO Classics, and GlorClassics recording labels. 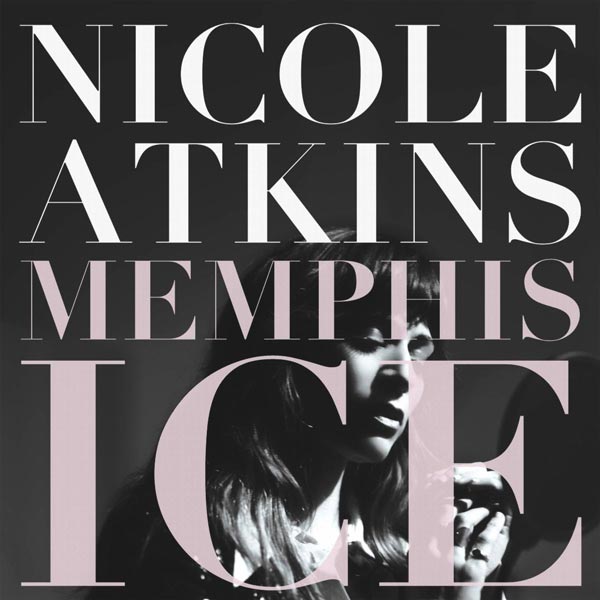 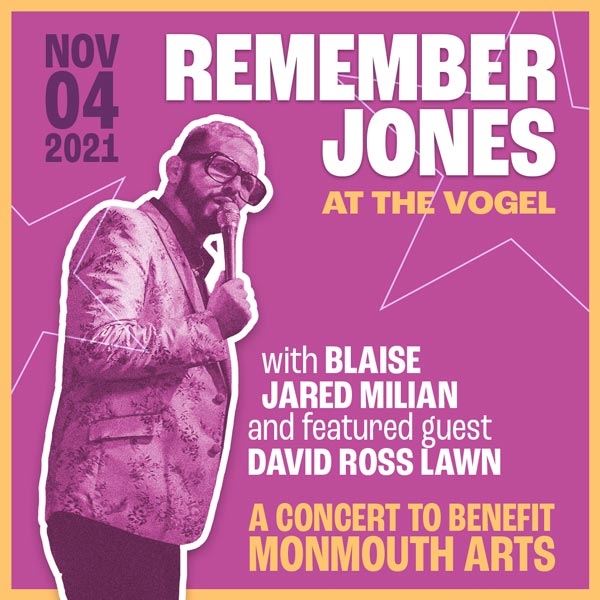