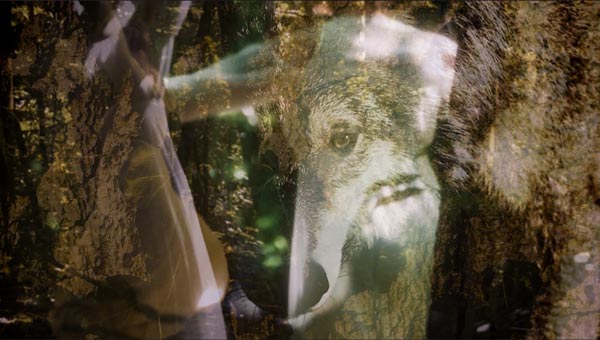 Here is more info on the screening of The Dark Forest:

An experimental transcendental fable. "To honor the memory of his father who passed away in 2019, Martin Del Carpio opts for the medium of film once again, and delivers his most lyrical work to date. At once deeply personal, carefully veiled in a delicate fabric of pure emotions, and absolutely immersive in its dreamlike, mysterious beauty, The Dark Forest transmutes its author’s innermost life into an admirable piece of introspective cinema. Opening with Dante Alighieri’s quote which inspired the title, it takes the viewer on a short, yet transcendent journey through the bushes of symbols and trees of thoughts, in the company of a lovely (and cunning?) forest spirit embodied by Carly Erin O’Neil whose poise and grace translate as otherworldly. The enchanting imagery that we see on our way is the result of another tight-knit collaboration between writer/director Del Carpio and DP/editor William Murray, whereby the dense atmosphere of meditative seclusion is complemented by Dan Shaked’s ruminative voice-over and M. Nomized’s haunting score which occasionally gives off some strong ‘classic Hollywood’ vibes..." -- Nikola Gocic. 2021; 9 min.

The Nine O'clock Whistle – Willa Cofield (Plainfield, New Jersey) For years on Saturday night, white authorities in Enfield, N.C. blew a siren, warning Blacks to clear the downtown streets. This curfew was one of many demeaning practices used to keep the Black population separate and unequal. One fateful night, three days after the March on Washington, hundreds of Blacks on the streets of downtown Enfield refused to heed the blowing of the nine o’clock whistle. The Nine O'clock Whistle tells the story of a dramatic cultural shift that rocked the segregated town of Enfield from 1963 to 1965 through the narratives of Willa Cofield, her former students, and current residents of the town. The video documents the racial indignities, segregation practices, and labor exploitation of the time. The story offers a supreme example of how the civil rights grapevine grew from one small act of resistance in Enfield to envelope an entire region. The documentary brings hope, spirit and encouragement to those struggling to overcome entrenched, powerful, and oppressive forces. 2021; 61 min.


Here is more info on the screening of Parenthesis: 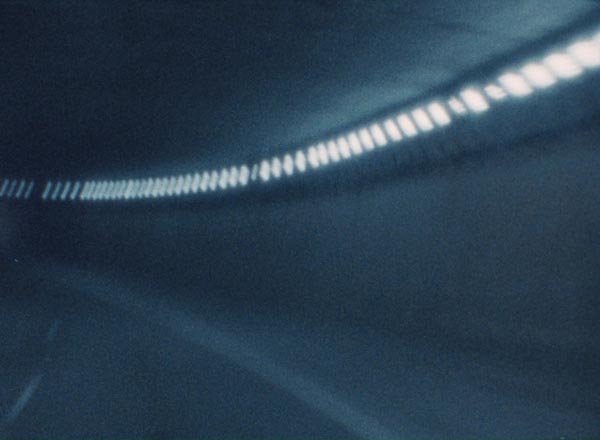 Haunted by the music coming from inside her, a music machine comes face to face with reality when an unexpected visitor appears. Will her past dictate her future? 2020; 4 min.


Parenthesis – Vasilios Papaioannu (Syracuse, New York/Washington, DC) Parenthesis, a short impressionistic poem, liberates the inserted thought from its master. The film's mirrored beginning and ending render the inserted material, not as an explanation or afterthought but rather as the dominant point where the natural and civilized worlds claim their separate space before colliding, as the continual breathing of the sea becomes increasingly intense and urgent. Whatever may be going on in the outside world is kept at bay by the visual parentheses. 2021; 5 min.

…Lucid Dreams – Kostiantyn Mishchenko (Brooklyn, New York) Lucid dreaming is an altered state of consciousness in which a person is aware that he is dreaming, and can control its content to some extent. This is a kind of borderline state between REM sleep and wakefulness. 2021; 14 min.

The New Blockheads as a private case – Lana Berndl (Vienna, Austria) The New Blockheads Group was established in the "wild" nineties in St. Petersburg and split up in 2002. Inspired by the absurd poetry of the futurists and modern philosophy, they were spontaneous in their creative actions and combined performance, installation, philosophy, literature and design to create works according to the ideals of the group. One of its members, Sergei Spirikhin, has lived in Vienna since 2002 and we follow him as he creates art wherever he goes in this wild and crazy documentary. In Russian and German, subtitled. 2020; 60 min.