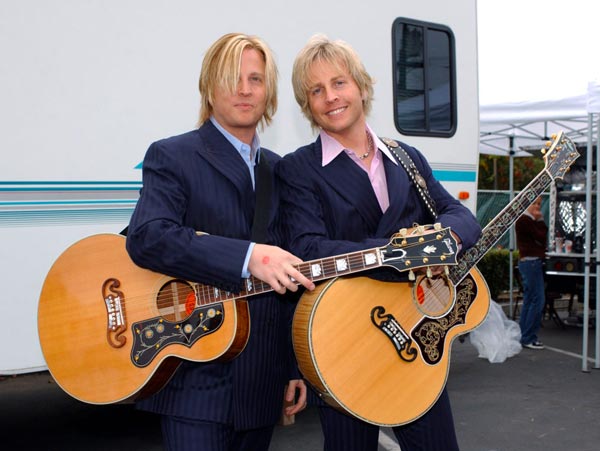 Ricky Nelson remains a chart topper and trail blazer to this day. The multi-talented Nelson starred along side his family in the TV series The Adventures Of Ozzie And Harriet, co-starred with John Wayne and Dean Martin in Rio Bravo, and placed 53 songs on the Billboard Hot 100. His single "Poor Little Fool" is considered to be the first number one song on the chart. After 19 more top ten hits, he was inducted into the Rock And Roll Hall Of Fame in 1987 and is ranked #49 on TV Guide's 50 Greatest TV Stars Of All Time.

When Matthew & Gunnar hit #1 on the Billboard with their rock band NELSON with their self-penned #1 mega hit "(Can't Live Without Your) Love & Affection" it put the Nelson family in the Guinness Book of Worlds as the only family in entertainment history with three generations of #1 hitmakers. With their rock band NELSON, Matthew and Gunnar have five Top 40 Billboard hits, four #1 MTV videos and have sold over 6.5 million albums worldwide.

The world maintains its fascination with America's First Family of Entertainment, the Nelsons. A&E channel's Nelson Family "Biography" episode is still one of the top-rated 'Biography' installments. Matthew & Gunnar embraced this fascination by creating a touring show to celebrate the TV Nelsons and the amazing career of their legendary father, Ricky, for whom LIFE magazine coined the phrase "Teen idol". They share video clips & tell stories about their Hollywood family and perform their Pop's music live to audiences in "Ricky Nelson Remembered" while separately touring as "NELSON".