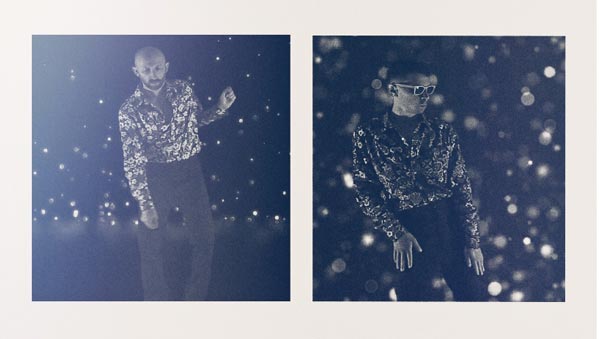 Union City-based jazzy, electronic indie dance-pop duo A Carousel Moon have released their second EP on Mint 400 Records since May and are premiering its new video here at New Jersey Stage. PHOTO COURTESY OF A CAROUSEL MOON

The jazzy, electronic indie dance-pop duo A Carousel Moon have dropped their second EP, “Out of Sequence,” on North Jersey-based Mint 400 Records. Lifelong friends Michael Esserman and No Great Pretender are celebrating with the simultaneous release of a video for the EP featuring the hopeful, hypnotic single, “Brother Brother,” the Makin Waves Song of the Week.

The Union City-based pair produced and directed the trippy performance-oriented clip themselves and are media premiering it here:

As the Makin Waves Song of the Week, “Brother Brother” also can be heard between 6 and 8 p.m. on Sept. 3 on “Radio Jersey” at ThePenguinRocks.com.

Swiftly following May’s  “Foxy” debut, “Out of Sequence” features three other tracks, including the closing 9-minute jazz-adelic opus, “Existence of Matter.” The new EP also follows a self-produced video for the “Foxy” track “Tell Me It’s Over.”

Except A Carousel Moon live dates to be announced soon. For more info, click here.