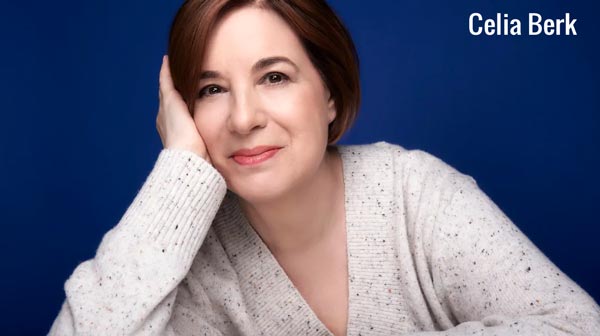 The past performers have been some of the best in the Broadway/Cabaret industry and the series will not disappoint with the remaining three performers.

Singer and award-winning recording artist, Celia Berk celebrates her return to live performing with her show Overjoyed! on Saturday, September 4, featuring Daryl Kojak on piano. She’ll share songs from her upcoming album, featuring some of the best-loved composers of the Great American Songbook. Celia Berk is a Bistro, BroadwayWorld, MAC and Margaret Whiting Award-winning vocalist who has attracted attention from some of the most prominent champions of The Great American Songbook.

Called “a true force of nature” & “in a league of her own” by Clive Davis of The Times (UK), twelve-time MAC, two-time Bistro, NYC Nightlife, & BroadwayWorld Award winner Natalie Douglas makes her Music at The Mansion debut with a special concert celebrating her fondest memories, musical & otherwise on Saturday, September 18, with “SCRAPBOOK - MUSIC, MEMORIES & MORE.”

Natalie has wowed audiences on three continents with her critically acclaimed voice, & winning way with a crowd. SCRAPBOOK is an offering of the musical influences in Natalie’s life; from the eclectic tastes of her late parents to the music of her native Southern California, her ancestral East Texas roots and her adulthood in New York City. “Scrapbook” is guided by the inspiration of The Eagles, Dr. Nina Simone, Sammy Davis, Jr., Barbra Streisand, Linda Ronstadt, Stevie Wonder, Dolly Parton, Roberta Flack, Judy Garland, Ella Fitzgerald, Joni Mitchell and many more, including songs such as, “My Baby Just Cares For Me,” “Woodstock,” “Heart of the Matter,” “Unforgettable,” and “The Best Is Yet To Come.” Accompanied by her longtime music director, Mark Hartman, Natalie will transport you to those pre-pandemic days of sophisticated clubs and concert halls to share in this happy return to the joy of live performance.

“Corinna Sowers Adler is a force to be reckoned with both as a vocalist and overall entertainer,” stated The Huffington Post. Singer/actress Corinna Sowers Adler has been nominated for the special Excellence in Theatre Education TONY Award every year since it’s inception in 2015. She made her solo New York Cabaret Debut in 2010 at the Laurie Beechman Theater in “Stories…A Cabaret”. Since then, Corinna has been in high demand, performing solo shows in NYC at the Triad, the legendary Duplex Cabaret, Feinstein’s at Loews Regency, Metropolitan Room, Feinstein’s/54 BELOW, The Green Room 42, and the majestic Appel Room at Jazz at Lincoln Center where she debuted the concert series “Music Over Manhattan”. She has also performed her concert entitled “Corinna Sowers Adler in: Something Beautiful” around the US and in The Appel Room at Jazz at Lincoln Center to rave reviews.

Corinna will be joined on Saturday, September 25 by pianist James Horan as they present “Songs From the Heart". Audiences can expect to be taken on a musical journey filled with beloved songs from the Great American Songbook and beyond.

The Oakeside Mansion is located at 240 Belleville Avenue, Bloomfield, NJ - 14 miles from Manhattan. The MAC (Manhattan Association of Cabarets and Clubs) nominated series, NiCori Studios & Productions’s Music at the Mansion celebrated it’s 11th year this past year and is proud to have kept live outdoor, socially distant musical performances happening throughout the pandemic. Tickets are $65 for dinner and the performance and are available by visiting NiCoriStudios.com.