The Howell PAL Theater Company Presents "Annie" at The Strand 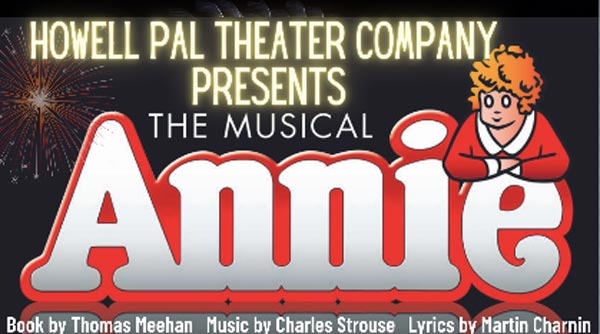 (LAKEWOOD, NJ) — The Howell PAL Theater Company will return to ‘LIVE’ theater with the Broadway musical Annie, on stage September 10th and 11th at The Historic Strand Theater in Lakewood, New Jersey for three performances. Set in 1930s in New York City, Annie is the story of a gutsy, red-headed orphan determined to find the parents who abandoned her years ago and left her on the doorstep of a New York City orphanage that is run by the cruel, Miss Hannigan.

With the help of the other girls in the orphanage, Annie escapes to the wondrous world of NYC. With a little luck, Annie is chosen for a holiday stay with Oliver “Daddy” Warbucks, a billionaire trying to do good. Annie finds a new home with Oliver and his personal secretary, Grace Farrell.

This delightful musical has become a worldwide phenomenon and is the winner of seven Tony Awards, including Best Musical. The acclaimed book and score by Tony Award-winners Thomas Meehan, Charles Strouse, and Martin Charnin feature some of the greatest musical theatre hits ever written, including “Tomorrow.” 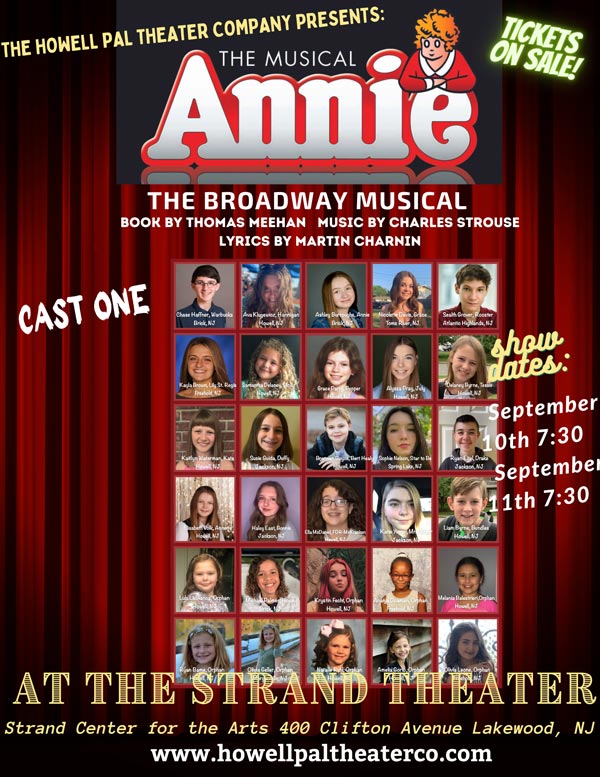 The Howell PAL Theater Company is celebrating 10 years of children’s theater. The founder and artistic director Gillian Bryck is pleased to bring Annie to the stage with not one, but two casts highlighting the wondrous talent of so many young actors from all over New Jersey. The company’s team includes Cindy Lutz, production manager and choreographer, Michael Moorman, the set designer and technical advisor and Jacquie Revier, of Playtime Costumes to bring the production to life. 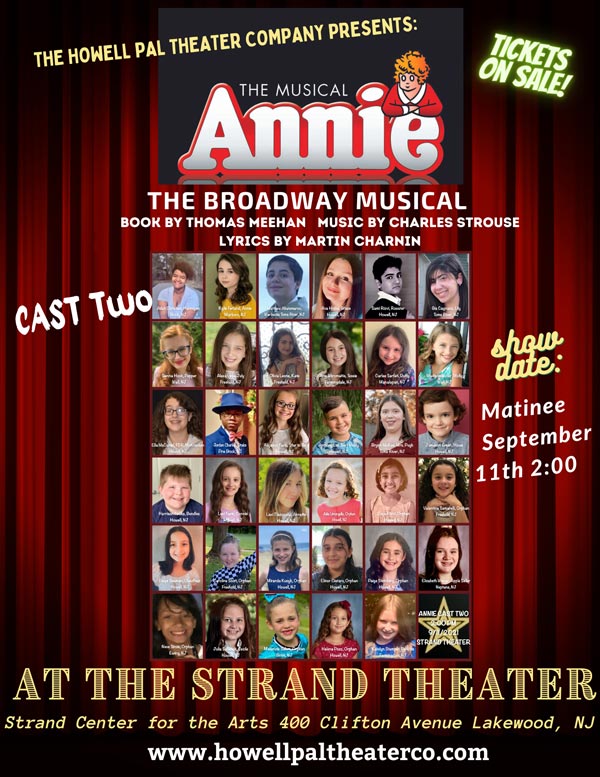 The Stand is located at 400 Clifton Avenue in Lakewood, New Jersey.

Since 2010, the Howell PAL Theater Company has been bringing educational and unparalleled quality theatrical performances to the Monmouth County area, under the direction of Mrs. Gillian Bryck. With the guidance of the Howell Police Athletic League, the company’s mission is to enrich the lives of children through positive musical theater experiences by providing a strong foundation of encouragement and trust to explore their creative and artistic talents. Each summer, the HPALTC produces a full Broadway musical featuring children ages 6-17. Children get to experience the joy of theatre, while also learning what it takes to be an actor. We offer Actor Toolbox and Musical Theater Dance and Voice classes year-round at the Howell PAL Community Center located in Howell, New Jersey.

The Howell PAL Theater Company, is a non-profit children’s theater company that relies on donations, sponsorships, fundraising and parent support for their children to participate in all the PAL theater programs.