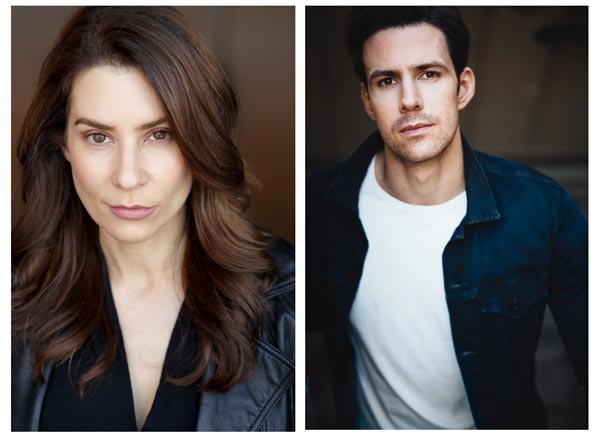 (NEW YORK, NY) -- Heading into the Long Island International Film Expo (LIIFE) this week (August 10 - 15), there are winners already announced in major categories like best art direction and best cinematography, but the race is still wide open in others, like best director and best feature film. Reguardless of who wins, it has been a wild ride in the film festival circuit during the historic pandemic. Scoring the "Best Actress" award at LIIFE is Heather Brittain O’Scanlon and taking home "Best Actor" is Bret Lada.

“Victim No. 6”, written and directed by Nancy Menagh (“As It Seems”), is co-produced by Menagh and O’Scanlon under their production companies, Black Dog Pictures and SOS Productions, respectively. The film stars O’Scanlon (“Blue Bloods”, “House Broken”) along with Russ Russo (“Catch Hell”, “Act of War”). “Victim No. 6” is set in 1975 New York City, where a fun-loving woman out at her local bar invites a handsome stranger back to her place, despite knowing there is a serial killer on the loose.

Menagh and O’Scanlon first teamed up on the award-winning film “As It Seems”, which was also written and directed by Menagh and starred O’Scanlon. It was for "As It Seems" that Menagh won the "Best Director" award at LIIFE back in 2018. Now, 3 years later, she's nominated once more. "Victim No. 6" leads the pack this year at LIIFE with four wins (Best Actress, Best Cinematography, Best Art Direction and Best Original Score) and two nominations (Best Director and Best Horror Film). 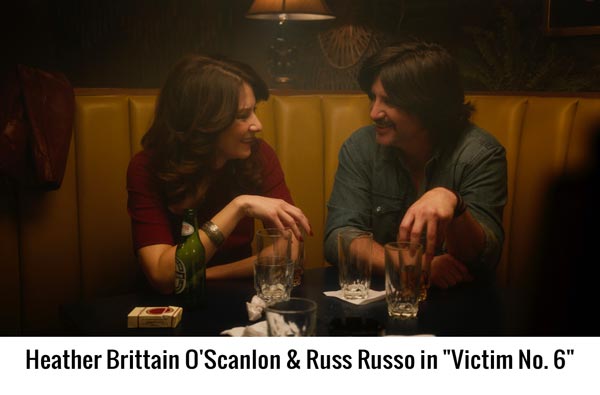 When asked how she felt about her Best Actress win, O’Scanlon replied, “I was honestly floored when I  heard. There were some incredible performances this year and to be selected for this award is truly humbling. I  owe so much thanks to Nancy, for writing the character of Donna for me, for being a generous collaborator, and for giving me great direction throughout. I am also so lucky to have had such wonderful cast-mates, who gave me so much to work with in each scene; everyone really brought their all to this film and that is evident to anyone who has seen it."

"The Andy Baker Tape" was developed during the Covid-19 pandemic by actors, Bret Lada (“Law and Order: SVU”, “Pose”) and Dustin Fontaine (“Blue Man Group”). The film was directed by Lada, and both Lada and Fontaine share roles as co-writers, co-executive producers, and co-cinematographers. Caitlin Borek is credited as a co-producer alongside sound designer, Arthur Giamalidis.

The film is a found-footage thriller which chronicles a blogger’s doomed food tour of New Jersey and has gone on to win numerous awards around the country. Selected accolades include Best Home-Grown Feature Film at the Garden State Film Festival, Best Director at the Crimson Screen Horror Festival, Best Supporting Actor (Fontaine) at the New Jersey Film Awards, and Mr. Lada has won Best Actor at both the PopCon International Film Festival and this years Long Island International Film Expo.

“I share any acting awards with Dustin. Without him as my scene partner none of this would have been possible.” Lada quoted about his Long Island win. “We basically took a camera, got lost in the Pine Barrens, and kept rolling. At a certain point you stop acting and you just start being.”

In addition to Lada's Best Actor win, "The Andy Baker Tape" is nominated for Best Feature Film at LIIFE. 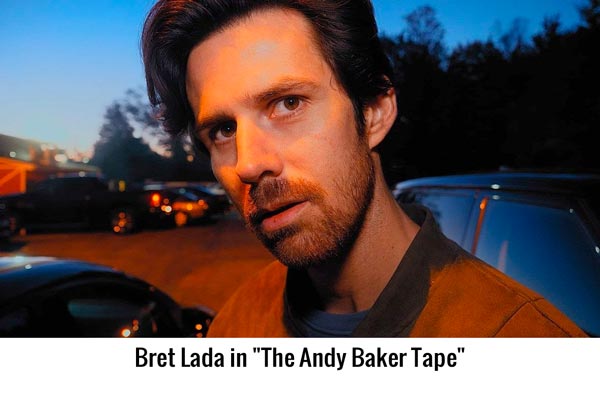 Both "Victim No. 6" and "The Andy Baker Tape" screen Friday, August 13 as part of the Stranger Danger film Block at 9:00pm at Bellmore Movies. Tickets are available for purchase online. Select the 9:00pm - Day 4, Block 4 - Stranger Danger Tickets.