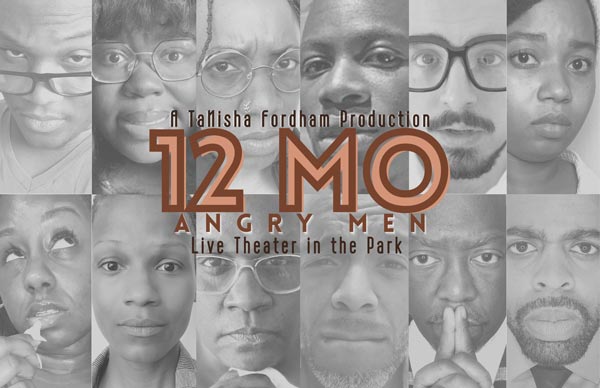 (NEWARK, NJ) -- 12 Mo' Angry Men, written and directed by TaNisha Fordham is set for a breakout premiere at Newark's Theater in the Park, as part of the city's Summer Fun Events. Performances will take place July 23 & 30, and August 6 & 13, 2021. The play is the story of 11 black jurors and 1 white juror, deliberating on the guilt or innocence of a white police officer who shot and killed a black teen, is the new and timely reimagining of 12 Angry Men, the classic play and film.

Written and directed by TaNisha Fordham (co-producer of the 2018 Oscar Nominated, "My Nephew Emmett,") and produced by Enlightened Visions the production was a part of Fordham's continual attempt at curating art as resistance.

New, community based, unapologetic, and educational — in a city well known for its arts community but not often acknowledged for the impact that said community has on national and world culture, Fordham is determined to forge a path for theater creatives and audiences fearlessly.

12 Mo' Angry Men,  was written at the height of the 2020 civil unrest that broke forth in the wake of the murder of Goerge Floyd, Ahmaud Arbery, and Breonna Taylor, as well as the dawn of the Covid pandemic. Through the play, Fordham explores the many themes with which so many of us constantly wrestle: identity, religion, health and wellness, politics, mental health, how we address national/international crisis, policing policies (particularly in minority and underrepresented communities), and the American system of justice.

With a cast of colorful characters --  15 men and women -- all extreme personalities, all outspoken (or decidedly muted), and all unabashedly authentic, this 1 hour and 20 minute long production is quick-paced and packed to the brim.

The production runs July 23, 30, August 6, and 13, 2021; each production is scheduled to begin at 7:00pm at Mulberry Commons Park in Newark, N.J. directly in front of the Prudential Center. Sponsored by the city of Newark, the event is free and open to the public. Attendees are encouraged to bring lawn chairs, blankets, food, etc., and involvement with local food trucks is tentatively scheduled, as well. The production is excited to bring theater to the city in a impactful and safe way.

The cast is slated to do a filmed production of this piece later in the summer, after the wrap of the staged run. Additionally, the production has been chosen for a run with NYC's Fall/WinterFest  with more details coming, pending the reopening of theaters throughout Manhattan but not before an incomparable city of Newark debut. 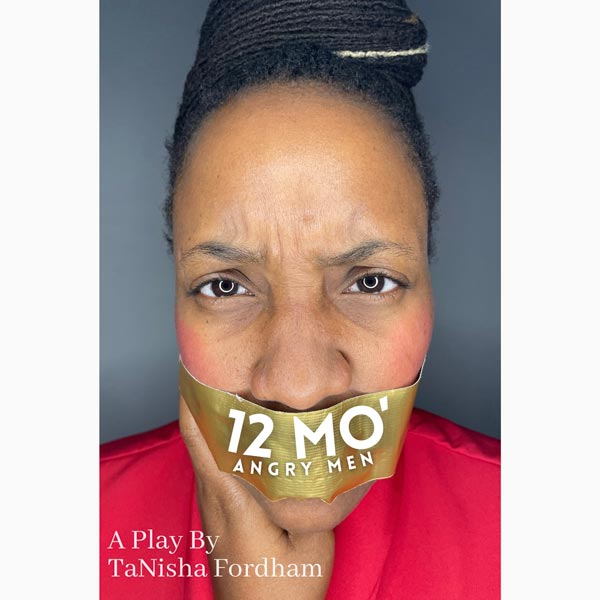