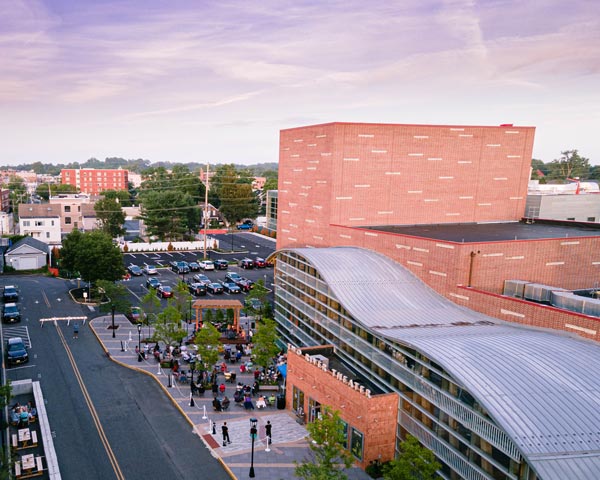 Audiences raved over the performances saying it was the “best night in a very, very long time” and “a truly funny, energetic and joyous celebration of a return to almost normal!”. Throughout the weekend they enjoyed select music from Be More Chill, which originated at Two River Theater, original music by Lauren Marcus and solo songs by Joe Iconis on piano.

Tickets for all shows are on sale now at tworivertheater.org or 732.345.1400. Performances begin at 7:00pm on the theater’s outdoor Plaza. Each evening will run about 75 minutes. Tables of two and four are available for purchase at the rate of $50 or $100 per table. Through a new partnership with Sickles Market in Red Bank, a special menu of snacks and light fare have been specially curated for this series. 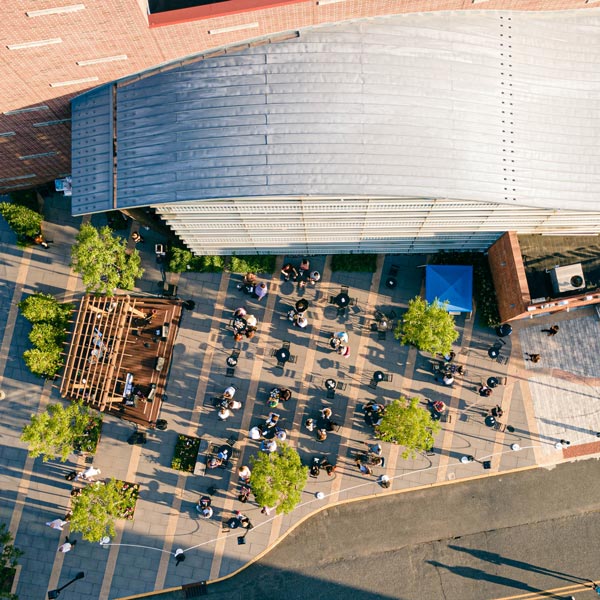 Two River Theater produces a theatrical season that includes American and world classics, new plays and musicals, programs for young people, and festivals of new work. Each year, we also offer 40+ events that reflect our diverse community of Red Bank, New Jersey. Two River produces work on two stages—the 350-seat Rechnitz Theater, and the flexible 110-seat Marion Huber Theater. The theater’s recently opened Center for New Work, Education and Design is a three-story facility that includes two rehearsal studios, artist labs, classrooms, expanded shops and centrally located offices. Two River Theater has commissioned and premiered original projects including Be More Chill by Tony Award nominee Joe Iconis and Joe Tracz (the theater’s first Broadway production) and Hurricane Diane by Playwright-in-Residence Madeleine George (which won an Obie Award for its Off-Broadway run). In June 2019, Two River was nationally recognized by USA TODAY as one of “10 great places to see a play” across the U.S. Two River serves thousands of students and community members through arts and humanities programs at the theater, in schools and throughout its region. Two River Theater is led by Artistic Director John Dias and Managing Director Michael Hurst.