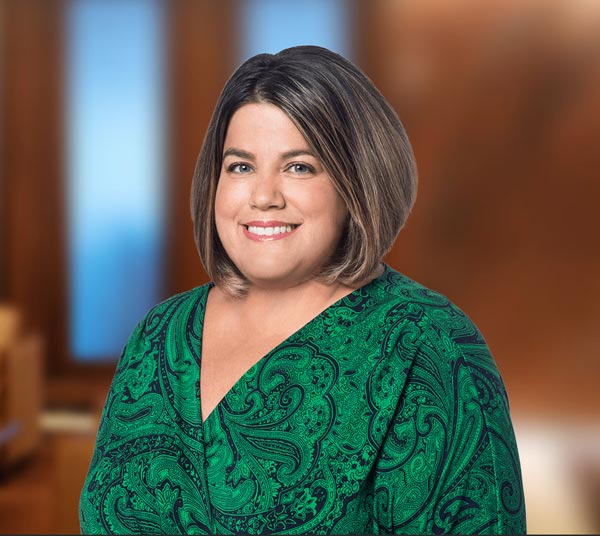 “We are honored to welcome Dina to our Board of Trustees,” said Mr. Heston. “Dina brings a wealth of experience in human resources policy compliance.”

Ms. Mastellone is a Partner at Genova Burns LLC in the Firm's Newark Office. She is the chair of the Human Resources Counseling & Compliance Practice Group and works as a strategic and tactical business partner alongside the firm’s regional and national clients, counseling them on employment matters of all kinds and establishing and auditing human resources policies, handbooks and procedures.

She has experience training businesses and human resources organizations in matters involving anti-harassment and diversity policy compliance and conducts confidential investigations on behalf of employers. Ms. Mastellone is also active in the Firm’s various initiatives that focus on mentoring firm lawyers and spearheading legal and business community outreach initiatives with respect to women and minorities.

Ms. Mastellone was chosen by the New Jersey Women Lawyers Association as its Professional Lawyer of the Year in 2020.

Ms. Mastellone will serve on the Governance and Nominating committee of the George Street Playhouse Board of Trustees. The committee assists the Board of Trustees in developing and implementing procedures regarding Board size, leadership, identifying, reviewing, and screening individuals who are qualified to serve as trustees, and on a regular basis, reviewing the overall governance of George Street Playhouse.

“We welcome Dina to our Governance and Nominating committee,” said Board President Penelope Lattimer. “Dina’s experience with employment law, inclusionary  initiatives, and human resources will bring a wealth of knowledge to our board members and members of the staff.”

Ms. Mastellone is also an advocate for mentoring and advancing women lawyers and increasing the involvement of women in professional and charitable organizations.  She is a member of the New Jersey Women Lawyers Association where she will assume the role of President on July 1, 2021, the New Jersey State Bar Association, the Association of the Federal Bar of New Jersey and is certified by the National Employment Law Institute in ADA/Rehabilitation Act Compliance.

Ms. Mastellone’s distinctions also include inclusion in New Jersey SuperLawyers listing of the Top 50 Women from 2016-2017 and 2019-2021 and was listed by NJBIZ as Best 50 Women in Business in 2018. She was also a recipient of the Excellence in Achievement Award from the Rodino Society at Seton Hall University School of Law.

Under the leadership of Artistic Director David Saint since 1997, and Kelly Ryman -- Managing Director since 2013, the Playhouse produces groundbreaking new works, inspiring productions of the classics, and hit Broadway plays and musicals that speak to the heart and mind, with an unwavering commitment to producing new work.  As New Brunswick’s first producing theatre, George Street Playhouse became the cornerstone of the revitalization of the City’s arts and cultural landscape.  With its 45-year history of producing nationally renowned theatre, the Playhouse continues to fill a unique theatre and arts education role in the city, state and greater metropolitan region.