Ferocious Designs, the music project of central New Jersey-based songwriter Brian Kelley, has released “Lay It on the Line” from the upcoming debut EP, A Matter of Time, to coincide with Bandcamp’s Juneteenth fundraising event. The track is available for download at ferociousdesigns.bandcamp.com.

A Matter of Time, a five-track collection of material Kelley has recorded over the past few years, is slated for release on Friday, July 16.

“Lay It on the Line” started out as a collaboration with Kelley’s former Technology and the Arts podcast co-host John LeMasney. “During the final season of the podcast in 2015, John and I were going to collaborate on a song so viewers and listeners could follow along,” said Kelley. “The original idea for the song came from that project, but it was really just a chorus that I wrote and a verse that I built around a guitar part John contributed.”

The initial lyrics were inspired by the Black Lives Matter protests in the wake of Ferguson in 2014. An incomplete, instrumental demo of an early version of the song was recorded in 2015, but the podcast and the collaboration came to a premature conclusion so the song was shelved.

The combination of the pandemic and the wider BLM protests around the world in 2020 after the deaths of George Floyd, Breonna Taylor, Ahmaud Arbery and so many others resulted in Kelley revisiting and completing the song.

“As a white male, I was horrified by the killing of Michael Brown in Ferguson, Missouri, in 2014 — as well as the response by police during the subsequent protests,” said Kelley. “I was watching the livestreams and seeing these militarized police advancing on protesters and arresting journalists. Yet, when I went through my Facebook news feed, none of my friends were even talking about it, let alone disgusted by it all. 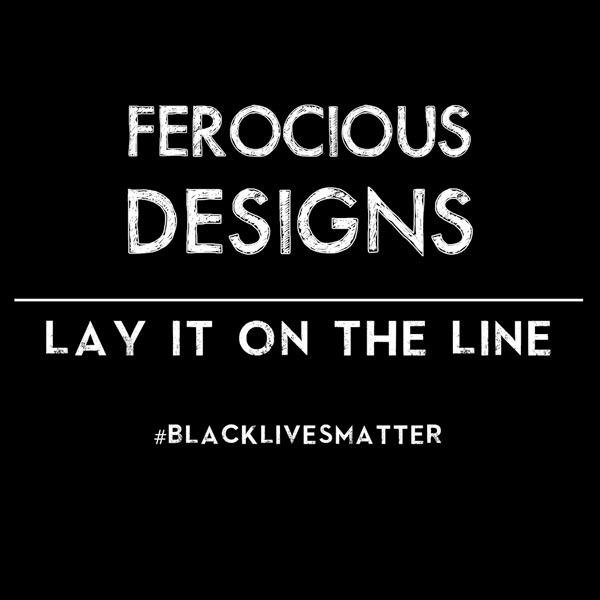 “I started sharing links to the livestreams and the stories about what was going on,” added Kelley. “But most of the people who reacted didn't seem to care, so the lyrics are essentially a call to action to show support for the Black Lives Matter movement and to call out racial injustice.”

The track is available for download just in time for Bandcamp’s Juneteenth fundraiser when, for 24 hours on June 18 (from midnight to midnight Pacific Time), the Internet music company will donate 100% of its share of sales to the NAACP Legal Defense Fund, a racial justice organization with a long history of effectively enacting change through litigation, advocacy and public education.

Ferocious Designs is the music project of songwriter Brian Kelley of Hamilton Township (Mercer County), N.J. Although he has spent most of the past 30-plus years as a songwriting hobbyist, Kelley is not a complete stranger to the New Jersey music scene. He is a longtime collaborator with singer-songwriter Christian Beach, spending time with him during the late 1980s and early 90s in a band that played the much-loved and long-gone Green Parrot Rock Club in Neptune, NJ, multiple times. Kelley has played keyboards, accordion and percussion in Beach's backing band since 2007, and has recorded with him as well. The project name is borrowed from the lyrics of “Cover My Eyes (Pain and Heaven)” by Marillion. The debut, five-song EP from Ferocious Designs, A Matter of Time, is scheduled for release on July 16, 2021.