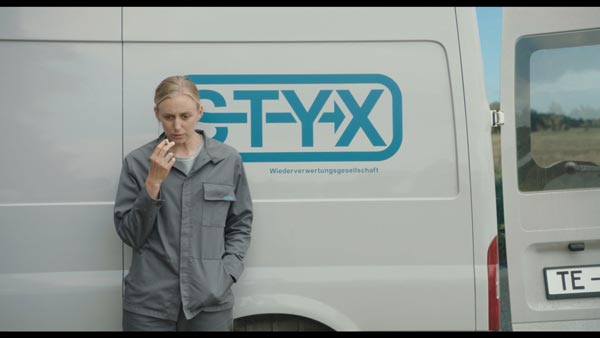 In 1896, Finnish symbolist painter Hugo Simberg created a paradoxical masterpiece. Titling his work Kuoleman Puutarha (or The Garden of Death), the watercolor painting, another staple of Simberg’s artwork revolving around ethereal and spiritual concepts, left many puzzled with its open invitation to interpretation years after it was made. The painting depicts three grim reapers tending to a garden, providing a commentary on the cyclical nature of life and infusing its subject with a humor that invites the viewer to contemplate upon his or her morality as a whole.

Immanuel Esser’s Paradise, which premieres at the 2021 New Jersey International Film Festival on Saturday, June 12th, is a bold and successful attempt to approach the topic of death in a playful sense through a cinematic medium, and it prompts one to consider the parallels between the fictional world of the film and our reality. Similar to Simberg’s intriguing creation, Esser invites introspection in a masterful way, tackling some of the most profound existential questions of our time with an ease that is rare to find in cinema being produced today.

The film centers around three workers of a private service company, aptly named “Styx,” that spend their days traveling the countryside of Germany and terminating people-- that is, going to one’s scheduled time and place of death and transporting the deceased for further processing. Faced with the prospect of their own termination and weary of the monotony of their routine, the three workers collectively grapple with their conscience and the morality of a society that emphasizes a corporatized structure around death. How the three protagonists respectively come to deal with the implications of their occupation and the rules of their world lends the film its most compelling moments.

The beauty of Paradise lies in the simplicity with which it was made. The film, by all means, is both meditative and austere -- a moving piece of cinematic art that says everything without saying much at all. Immanuel Esser’s directorial debut is a reflective watch and a tremendous accomplishment, and it proves why Esser is one of the most talented up and coming filmmakers of his generation. With Paradise, he simultaneously provides an intimate and a detached scope into the clinical nature of death through nuanced direction and delicate camera work.

To say Paradise is a gorgeous film would be an understatement. Esser and director of photography Phillip Künzli create an aesthetical masterpiece in each frame, giving the film a stylized and colorful world that serves as a magnificent contrast to some of the darker themes it explores. Esser confessed that the screenplay and principal photography of Paradise took three and a half years to materialize, with several different processes to make the film what it is, and the great effort in its conceptualization and thought is evident. The film makes the use of long shots in open settings, using the aesthetic geometry of each shooting location and space to create a reflective and detached distance. It is truly beautiful to witness and each shot feels even more pleasing than the last. The humorous atmosphere is sustained with a wonderful soundtrack to complement the cinematography, with a delightful banjo and percussion instruments playing as the story progresses.

The manner in which Paradise is shot is even more appropriate when considering that a distance is required for a job of such a nature for the protagonists. This is, in many ways, an uncomfortable job, and highlighting the absurdity of their occupation and the reality of their world is where Esser shines as a director. The distance sustained by the camera is also fitting when the characters themselves reveal so much. Grunt (Holger Daemgen), Kraumann (Johannes Kuhne), and Morris (Franziska Machens) are the perfect vehicles to tell this story. The actors equally carry the film and make it as special as it truly is.

Simple dialogue exchanges and the incredible micro expressions of the three leads (a glance, a prolonged stare, a brief sentence) are so telling of the characters and how disengaged they are with their field work. They crave for something more, but this work is all they know, it seems. Death through Esser’s lens feels incredibly different from stories that depict the afterlife as dreamlike or ethereal. The job description for the workers of Styx is purely business, as cold and remote to us as it is a normal routine and daily occurrence for them.

This premise seemed to be the only natural choice for Esser himself as the director, provided his extensive academic background in political philosophy and thought experiments prior to turning to filmmaking for graduate studies. He currently attends the University of Media Arts Cologne, where he wrote and produced his first feature film, among several other short fiction films.

Esser views Paradise as a thought experiment of sorts, showcasing a fictionalized world with similarities in its dynamic to ours, but also a world that is more empty and artificial. He creates a canvas for audiences to better understand our status quo, and seeks to maybe leave us with age old wisdom regarding the inevitability of death. Paradise is arguably a film made by an old soul -- a film that asks for your patience and investment as its characters tackle something greater than themselves. It is, in some ways, wise beyond its years, and possibly a prophetic telling of a society that is modernizing every process at an unprecedented rate. For its contemplative nature and stylized atmosphere, Paradise is an enjoyable watch and provides interesting food for thought! 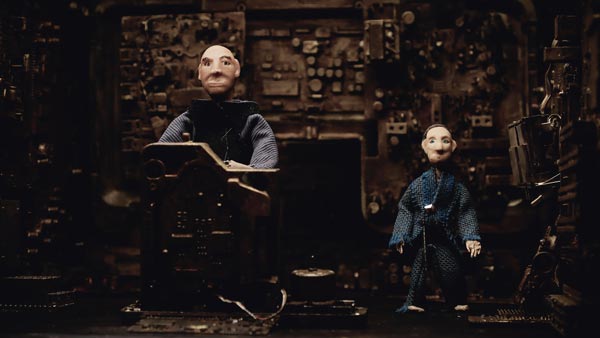 Still from The Dark Odyssey

Paradise will be screening with two amazing shorts The Dark Odyssey and Space Case Video on Demand this Saturday, June 12 as part of the 2021 New Jersey International Film Festival.

Films will be available on Video On Demand for 24 hours on this show date.

The Dark Odyssey – Michael Lavine (Germantown, New York)  In this clever stop motion animation, a brave captain and his faithful mate transport a captive warrior, who holds The Inventory of The Mind, across the interstellar line. When their ship is forced to navigate an asteroid field, their mission is jeopardized. 2021; 8 min.

Space Case follows Bobbie Almond, a social outcast who has dreams to escape her small town life. She has a ticket to Mars! But when Bobbie's ticket to a new life gets stolen by her super Preppy sister, she's forced down a road of conformity, to be a part of the towns Beauty pageant! Will she conform? Or will she bail and follow her dreams! 2020; 18 min.

Paradise - Immanuel Esser (Cologne, Germany) For the three workers of the company “Styx“ it is everyday business: living in the company van and driving overland to get from one place and time of death to the next – terminating people, packaging them and sending them off. They live a monotone life doing their daily chores for a society that developed a pain-free system for people’s passings. Suddenly, the three find themselves confronted with their own termination and start to question and bend the rules of their world. In German, subtitled. 2021; 80 min.