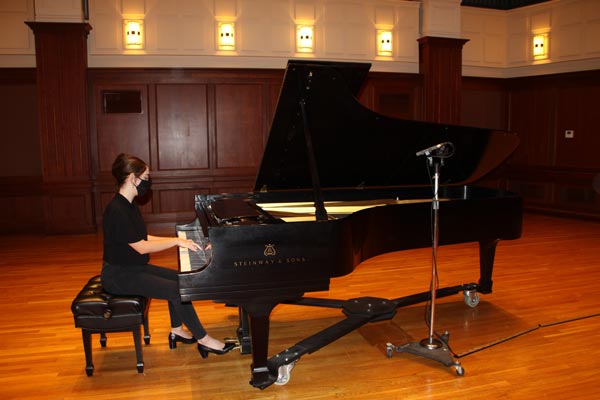 (EWING, NJ) -- The College of New Jersey (TCNJ) student Haley Wright, Class of 2023, was chosen to compose music for American Repertory Ballet (ARB). Her piano composition was paired with a dance performance in ARB’s digital 2021 spring season. Haley is an Interactive Multimedia (IMM) major in TCNJ’s School of the Arts and Communication.

The song, “Saudade”, draws inspiration from the Portuguese word’s inherent meaning of “nostalgia” with a sense of “hopefulness”. “Especially with the pandemic over the past year, the word saudade seemed an appropriate title for our time. We all have hope our society will eventually return to some version of normal,” Wright said. The American Repertory Ballet approached Haley about crafting the musical work after creating a short dance film to a song Wright composed called “Repeat” in June 2020.

“I completed the piece on piano during winter break. I created it to pick up from where ‘Repeat’ left off. ‘Saudade’ contains four composition sections, each one sculpted to convey emotional fluctuations,” Wright explained. She has performed ballet since an early age, and began dancing with the American Repertory Ballet as a trainee after high school in 2017. After a year, she was promoted to ARB's second company. She started attending TCNJ part time in 2018 until 2020, when she decided to enroll as a fulltime student.

Dean of TCNJ’s School of the Arts and Communication Maurice Hall says, “We are proud to enroll some of New Jersey’s most talented young performers. Accomplishments of multi-talented artists like Ms. Wright exemplify the school’s rich reputation for empowering students.”

Founded in 1963, American Repertory Ballet’s mission is to bring the joy, beauty, artistry and discipline of classical and contemporary dance to New Jersey and nationwide audiences, and to dance students through artistic and educational programs. The organization comprises: the preeminent professional classical and contemporary ballet company in the state; Princeton Ballet School, one of the largest and most respected non-profit dance schools in the nation; and ARB’s Access & Enrichment initiatives, including the acclaimed DANCE POWER program, the longest continuously running community and arts partnership in New Jersey.

The School of the Arts and Communication is TCNJ’s interdisciplinary arts, performance, music, multimedia and communication studies branch. Proud to provide students with a top-tier liberal arts education, the School is an inclusive community of dedicated teaching professionals focused on preparing young minds to flourish as productive citizens in a complex world. Watch student films and music performances on ArtsComm DIGITAL, a brand-new digital platform by the School of the Arts and Communication. 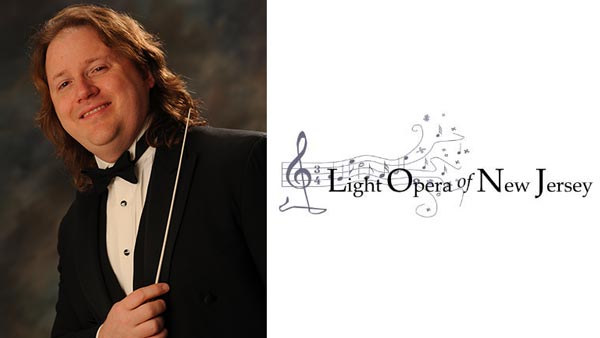