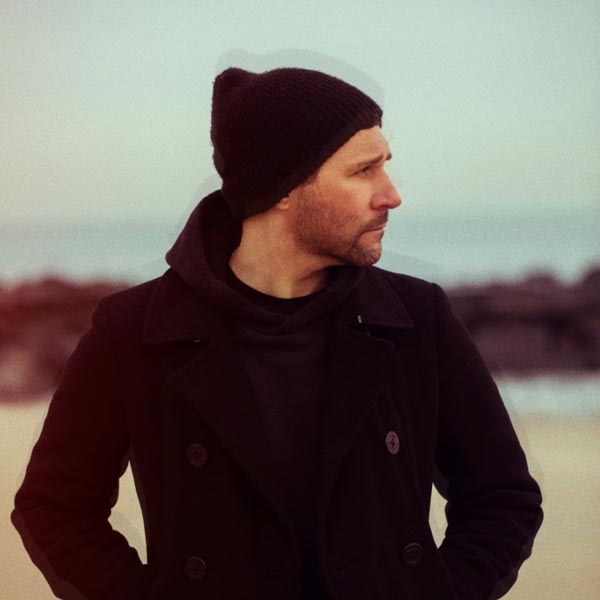 EUPHORIICA is the solo project of New Jersey punk scene veteran Jeremy Hernandez whose previous bands include Eye Ball Records' Humble Beginnings and Fearless Records' Near Miss. When quarantine lockdown began his current post-hardcore band Red Hymns had to put off rehearsals, shows and tours. This was the perfect opportunity to start Euphoriica and channel some of his early influences such as The Cure, Depeche Mode and New Order.

Synth washes, ethereal guitars, hypnotic grooves and emotional felt hooks make up Euphoriica. This solo endeavor started in the winter of 2020 during quarantine resulting in the debut EP “Songs For Healing,” now streaming everywhere. The record was mixed and mastered by John Naclerio (Senses Fail, My Chemical Romance and Brand New) at Nada Recording Studio in Montgomery NY.

The video for the single “Tides” was shot and edited by Joseph Pelosi. Jeremy says, “We shot this video in Asbury Park NJ on a secluded beach on a cold mid-December day and 15 minutes into shooting while we were out on the jetty we were hit by a huge wave and got soaked, it was so cold and uncomfortable but at the same time a lot of fun.”

"Tides is the last song on my EP and to me this track speaks to me most. Lyrically it is about loss and missing someone. I remember specifically writing the lyrics while on a beach in California. I was missing my Dad who I lost two years ago. There was a feeling of being at peace there, just staring at the waves and watching them flow. It was kind of hypnotic and I remember just wishing he were there with me.

"I have a certain love for the ocean. There’s just a way the waves move that is so intriguing to me. The constant flow, the give and take. It’s so peaceful but so raging at the same time. This to me is a lot like life experiences sometimes bright and beautiful, sometimes dark and sad.

"When I look back now at the words in the song it brings me back to how beautiful that day was but at the same time, I was empty and missing someone that was so special to me. I literally felt two opposite emotions at the same time and this is what inspired Tides."

Lyrically “Song for Healing” touches on loss, love and hope. All drum programming, guitars, Moog synths and vocals were written and performed by Jeremy. There is a synth-pop sensibility reminiscent of current acts like M83 but very much its own thing. Overall Euphoriica is equal parts moody, emotional and bold.