(CAMDEN, NJ) -- Celebrate the Eid with a unique family event. Camden Repertory Theatre wants kids who might not usually see themselves reflected on stage to identify with a message of peace and compassion offered by a delightful new musical.

Islamic Snow White, adapted for the stage and directed by Camden Rep founding artistic director Desi P. Shelton and featuring an original score by Jamal P. Dickerson, will get two free performances at the open air Clinton St. Amphitheater in Camden, NJ on Thursday, May 13 at 11:00am and 1:00pm, on its way to the DC Black Theatre Festival this June. Reservations, available at camdenrep.com, are required to ensure social distancing.

Camden Rep is a three-time recipient of the New Jersey State Arts Council’s Citation of Excellence for its original musicals. Adapted from the popular children’s book “Snow White: An Islamic Tale” by Fawzia Gilani, the company’s newest endeavor weaves a magical tale about kindness, forgiveness and redemption.

As Snow White gets lost in the woods running from the Evil Queen, she stumbles upon seven sisters in a tiny house. Through her journey, she learns about herself and the five pillars of Islam. The original score by Dickerson, who also music directs, features a mix of R&B, hip-hop, pop, jazz and blues. A live band will accompany the cast, a mix of professional actors and artists in training.

The May 13 performance date coincides with Eid-al Fitr, a religious holiday celebrated by Muslims worldwide, also known as “Festival of Breaking the Fast,” that marks the end of the month-long dawn-to-sunset fasting of Ramadan.

“Eid is the holiday when Islamic children get gifts, so we are giving the gift of live theater to Islamic kids and families,” says Shelton. “No one else is doing this kind of work. Camden Rep is at the forefront of creating work that is truly inclusive.”

Additional performances are planned for Philadelphia as Islamic Snow White, which is being developed for a fully staged post-Covid production, wends its way south to the DC Black Theatre Festival this summer. 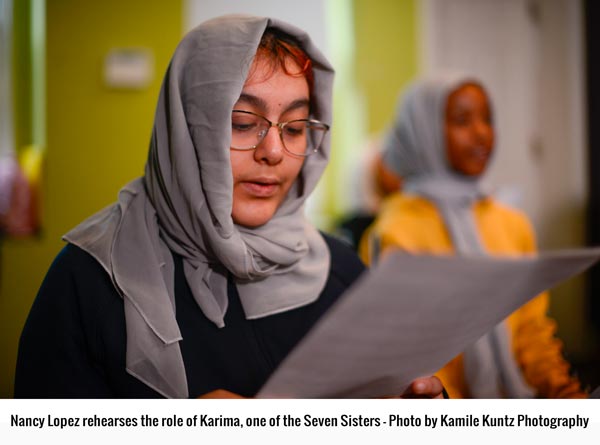 “A nation-wide reckoning and push for inclusion is in the news right now, but we need to recognize diversity on many different levels,” explains Shelton. “There’s a huge number of African American Muslims in the U.S. If we at Camden Rep are going to meet the diverse needs of our community, we can’t ignore this sect. I want everyone in the community to be able to recognize themselves on stage.”

Desi P. Shelton received her B.A. from Northeastern University and her M.F.A. in theater from Sarah Lawrence College. Upon returning to Camden, she heard her friends and neighbors complain that they were not welcome at local university venues, that they had no artistic outlet in Camden, and that their stories were being left untold — leading Desi to found Camden Rep, attracting first time theatergoers in the African American community and increasing audience attendance by 200%. In addition to producing plays, the company uses theater to improve life and literature skills of at-risk children through its P.A.C.E. (Preparing Artists for College Entrance) program, which helps students prepare for college auditions; assists with the application and financial aid process; offers supplementary education in written language, cultural, financial, emotional and social literacy; and creates jobs and apprentice training for returning college students. She has received the Valentine Foundation Award for female executives and is a Dodge Emerging Leader. She completed the Woman and Power Program at Harvard University’s Kennedy School of Government and is a recipient of a Leeway Transformation Award for social change artists.

Jamal P. Dickerson started formal music studies during grade school. By high school he was studying with many Philadelphia jazz greats, including Terrell Stafford, Tim Warfield, Shirley Scott, Cullen Knight and Leon Mitchell. He is a trumpeter and world percussionist, with emphasis on West African music. He received a Bachelor of Science in Music Education from Morgan State University in 1999 and a Masters in Public Administration from Rutgers in 2010. During a 30-day intensive in Guinea, West Africa, he studied Djembe family percussion, Balafon and Kora, under the direction of Moussa Diabate, with the African National Ballet, Les Ballet Africain De Guinea. In 2000, Jamal developed what has become the award winning jazz program at Creative Arts Morgan Village School in Camden, NJ.  As a successful music teacher and band director, he became a local inspiration for many in underserved Camden. He was recognized nationally with the Milken Family Foundation Educator Award and the NAACP 2013 Crystal Award. His collaborative teaching methods were featured in a NJ Education Association Emmy winning video about the school’s music program in, “Musical Thread.” Jamal’s compositions and arrangements led his students to three New Jersey state championship titles.  Under his leadership Camden teenagers have performed with Stevie Wonder, Esperanza Spaulding, Janelle Monae On Black Girls Rock, Eric Lewis, Christian McBride and Robin Eubanks, to name a few.   Oberlin Conservatory, Berklee College of Music, UCLA, William Paterson and Manhattan School of Music often make the list of his students’ college acceptances and degrees.  Jamal also composes music for children’s theater, including scores for Mufaro’s Beautiful Daughters, Seven Spools of Thread and Twelve Dancing Princesses, all of which are on the Camden School Districts reading list. 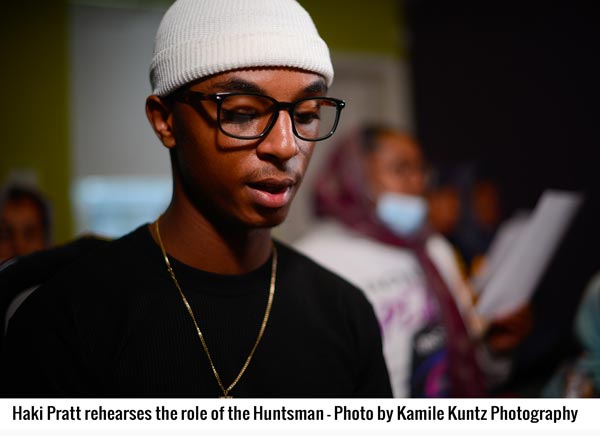 Camden Repertory Theatre is supported, in part, by the William Penn Foundation and the Geraldine Dodge Foundation.

Tickets to Islamic Snow White are free, but reservations are required to ensure social distancing and public safety. The open air Clinton St. Amphitheater is located at S. 7th St. and Clinton St. in Camden, New Jersey. For more information and to make a reservation, go to camdenrep.com.