Southpaw Releases Debut Album and Video For "Within You" 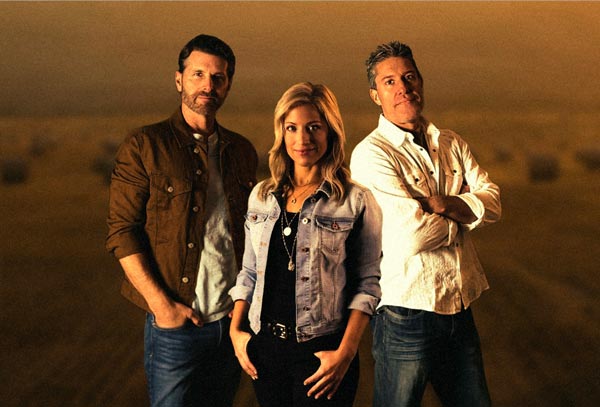 (WESTFIELD, NJ) -- New Jersey country music trio Southpaw released their debut album, "Unhitched" on Valentine's Day. The album reached #3 on Amazon’s Hot New Country Releases chart. They followed with a full-length music video for "Within You" which was shot across scenic New Jersey.

“Making it in the music business is really hard. Living with the Covid pandemic is really hard,” says lead singer Christine Radlmann. “Put them together and it’s a steep hill, but we’re determined to climb it.”

Drawing on prior career experience, Southpaw combines an unusually wide range of skills beyond music, including broadcast production, videography, film editing, website design, and social media marketing, which enables the trio to produce work entirely on their own, and within covid-19 safety protocols in place.

“Especially during these trying times, the world needs the joy of music,” says keyboardist Sean Garnhart. “We just feel so blessed to have these skills that enable us to do what we do safely and on our own.”

Tracks from “Unhitched” have been selected for air play on radio stations in Texas, Washington, North Dakota, New Jersey, New York, Canada, UK, Luxembourg, Australia, and the Netherlands, and have been syndicated on more than 400 other stations worldwide. Southpaw’s music has also been featured on several international podcasts.

“Country music is being embraced by new fans all over the world, and we’re so excited to use different channels not just to reach them, but to interact with them from our home here in New Jersey,” says Radlmann.

Southpaw has built an impressive social media following of 5,000 in just two months. The band’s single “Shake” inspired a New Jersey dance studio to choreograph and record a dance video called “The Southpaw Shake,” which has garnered more than 15,000 viral views.

Southpaw is presently planning a live-performance tour, working on its first cover song, and producing its second music video, which are all planned for summer 2021.