(MILLBURN, NJ) -- Paper Mill Playhouse continues its 2020 -2021 season with Pete ’n’ Keely, a musical comedy about a divorced singing duo who reunite for a television special in 1968, packed with jazzy standards, torch songs, comedic showpieces, and tender sentiment. The play will be available for streaming from April 17 through May 1st.

Like the title characters, the show’s original cast and creative team reunites to reimagine the musical comedy they made a cult favorite 20 years ago Off-Broadway. George Dvorsky and Sally Mayes reprise their roles as Pete Bartel and Keely Stevens, and the show’s lyricist and original director, Mark Waldrop, known to Paper Mill audiences for his direction of Gypsy starring Betty Buckley, Little Shop of Horrors, and A Funny Thing Happened on the Way to the Forum, directs. Additionally, original creative collaborators James Hindman (Book) and Patrick Brady (Music) join Waldrop to bring this production of Pete ’n’ Keely to new life on the Paper Mill stage.

While Paper Mill had hoped Pete ’n’ Keely would be the first production performed for a live audience since the pandemic shut down the theater last March, streaming to the small screen just might be the perfect format for this particular show—which was originally staged to simulate a live taping of a television special.

This time around, the filming will be real, and the result will be a filmed version of a staged production of a live taping—a delightful reimagining of the kitschy spoof that had New York critics singing its praises when it premiered Off-Broadway in 2000.

“I am so excited to do Pete ’n’ Keely in this medium,” said director Mark Waldrop. “The beauty of this show is, it’s a television show. It’s got all the glamour and glitz of a live variety special in 1968. And I think we can really get the feel of it in a way that we couldn’t in the theater. This hybrid moment in time creates a lot of unique opportunities, and it’s very energizing. It’s theater in a new milieu.”

GEORGE DVORSKY (Pete Bartel) is thrilled to be back at Paper Mill after appearing here in My One and Only, 1776, Jesus Christ Superstar, Shenandoah, Anything Goes with Chita Rivera, and She Loves Me. Broadway credits include the title role in The Scarlet Pimpernel, Gentlemen Prefer Blondes, Passion, Marilyn: An American Fable, and The Best Little Whorehouse in Texas. National Tour: Chitty Chitty Bang Bang. Off Broadway: The Fantasticks, Closer Than Ever, Pete ’n’ Keely, Dames at Sea, And the World Goes ’Round.  George starred in the NYC premiere of Rodgers and Hammerstein’s Cinderella as Prince Charming at Lincoln Center. On PBS he was featured in the Emmy-winning Passion: Live at Lincoln Center starring Patti LuPone, and he starred with Bea Arthur and the Boston Pops in Bernstein’s Broadway. His solo CDs are available on the Jay Records label.

SALLY MAYES (Keely Stevens) made her Broadway debut in Cy Coleman’s Welcome to the Club (Theatre World Award, Outer Critics Circle nomination). She earned Tony, Drama Desk, and Outer Critics Circle nominations for the revival of She Loves Me, and she appeared as Aunt Corene in Urban Cowboy (Drama Desk nomination), as Mae West in the national tour of Dirty Blonde, and in the revival of Steel Magnolias. Off Broadway: Closer Than Ever (Outer Critics Circle nomination), Das Barbecü, Pete ’n’ Keely (Drama Desk nomination), and more. Select film/television: Alpha House, City Hall, Double Parked, Bye Bye Birdie, Sex and the City. Cast recordings: Closer Than Ever, She Loves Me, Bye Bye Birdie, Lost in Boston, many others; plus five solo albums. Sally’s nightclub appearances have garnered rave reviews from coast to coast as well as twelve MAC Award nominations and two Bistro Awards. 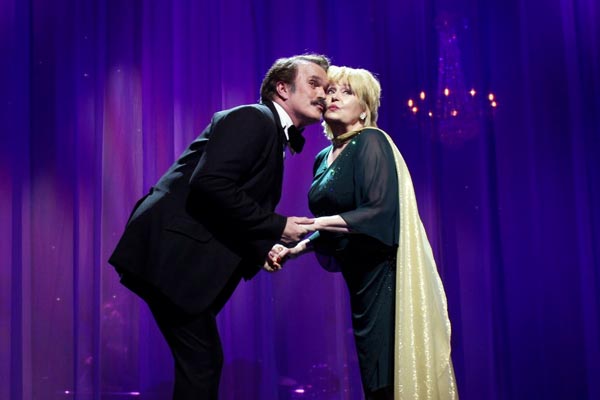 JAMES HINDMAN (Book) is proud to return to Paper Mill Playhouse, where he performed in 1776 and Jesus Christ Superstar. He is an award-winning playwright whose work has been produced extensively across the United States and in Europe. Off Broadway: Popcorn Falls directed by Christian Borle (named in the Top Twenty Theatrical Moments of 2018), Pete ’n’ Keely (Outer Critics Circle Award nomination, two Drama Desk nominations), The Audience (Drama Desk nomination), The Gorges Motel, What Doesn’t Kill You (Oscar Wilde Award nomination). A Terrence McNally Award finalist, James has developed his plays at Transport Group, Vineyard, Second Stage, Lark, Goodspeed, Denver Center, Pittsburgh Public, and Long Wharf. He has been a featured artist at the Last Frontier Theatre Conference and has taught playwriting at Art Workshop International and the Barrow Group. His performing credits include: Broadway/Tours: Mary Poppins, The Scarlet Pimpernel, 1776, City of Angels, A Grand Night for Singing, Once Upon a Mattress, Falsettos, Dancing at Lughnasa, Cats, Joseph and the Amazing Technicolor Dreamcoat; Off Broadway: Bat Boy, A Man of No Importance, Merrily We Roll Along, Roadside, The Foreigner; Film/Television: The Report, Ocean’s 8, Marvel’s Iron Fist, The Americans, Steven Spielberg’s Public Morals (recurring), Madam Secretary, Person of Interest, House of Cards, The Sopranos, Law & Order, and The Blacklist.

PATRICK BRADY (Original Music, Arrangements) has worked as a musical director, conductor, pianist, arranger, vocal coach, singer, and actor for almost four decades. His notable Broadway credits include serving as music director, conductor, and vocal arranger for The Producers—he also supervised two national tours, companies in London, Sydney, and Toronto, and the motion picture version—Young Frankenstein, and Fosse, among others. Brady made his New York debut in 1989 as musical director, vocal arranger, and pianist/singer for Maltby and Shire’s Off Broadway revue Closer Than Ever. Additional NYC credits include St. Louis Woman and Promises, Promises for Encores!; Hey, Love: The Music of Mary Rodgers at the Rainbow & Stars Club; and many appearances on the Lyrics and Lyricists series at the 92nd Street Y. 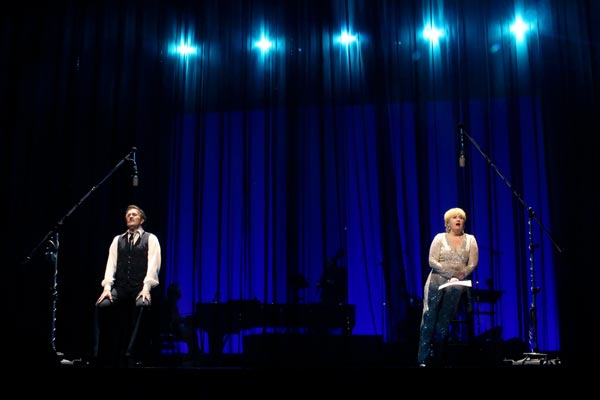 KAITLYN ADAMS (Hair, Wig & Makeup Design) is thrilled and honored to be back at Paper Mill for her design debut (after Sister Act was postponed)! Previous PMP credits (as associate hair and makeup designer) include Beauty and the Beast, Annie, Mary Poppins, Ever After, Million Dollar Quartet, A Christmas Story, Vanya and Sonia…, and Elf. Other recent design credits: Blues for an Alabama Sky (Keen Company). Starter Pistol (Delaware Rep), Certain Woman of an Age (Audible Theatre), Cinderella (Muny), Paint Your Wagon (Muny). Broadway (associate designer): Escape to Margaritaville, The Great Comet, Time and the Conways, Sweat, The Heidi Chronicles. CCM alum. Love to Mom, Iesa, and Leah! kaitieadams.com

MILLIRON STUDIOS (Video Production) is a production and post-production media house based in New York City. Dedicated to “Helping Creatives Create,” Milliron Studios believes that no matter what the obstacle, be it financial, institutional, or even viral, it is ever our duty to support and lift the arts.

PAPER MILL PLAYHOUSE, recipient of the 2016 Regional Theatre Tony Award, is a nationally renowned, not-for-profit theater under the direction of Mark S. Hoebee (Producing Artistic Director) and Michael Stotts (Managing Director). A beloved NJ arts institution since 1938, Paper Mill creates and produces groundbreaking new musicals and reimagined classics. Several productions have gone on to Broadway and launched national tours, including Disney’s Newsies, Les Misérables, Honeymoon in Vegas, A Bronx Tale, and Bandstand. The theater is also the home of an award-winning center for musical theater education and artist training, with outreach programs that impact thousands of students each year. As one of the nation’s premier musical theaters, Paper Mill fosters a creative environment to advance the art form, educate students, develop future theater lovers, nurture inclusion, and provide access for all. Paper Mill Playhouse programs are made possible, in part, by funds from the New Jersey State Council on the Arts, a partner agency of the National Endowment for the Arts. Paper Mill Playhouse is a member of the National Alliance for Musical Theatre, the Council of Stock Theatres, and the New Jersey Theatre Alliance.