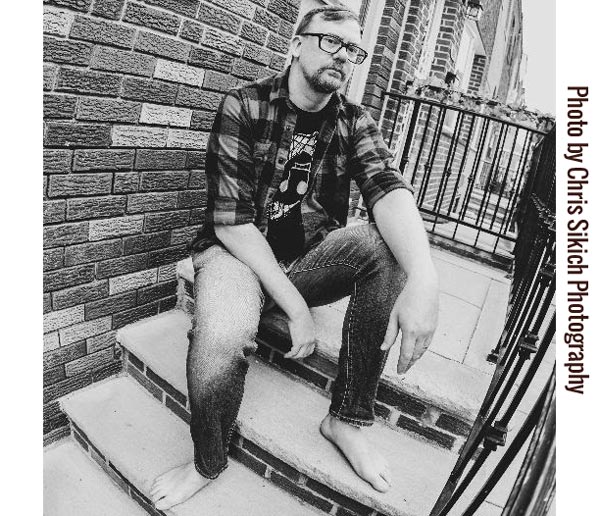 (PHILADELPHIA, PA) -- South Philadelphia host and musician, Dan Drago, will celebrate the 200th episode of his 25 O’Clock Podcast on May 17th.  It is one of the area’s longest running episodic podcasts which focuses on interviews with local musicians, music industry professionals and the music community at large.  The show highlights talent amidst a growing music scene and he has brought attention to lesser-known artists, as well as artists on their way up. Notable guests include (but are in no way limited to): Joe Reinhart (Hop Along), Kyle Pulley (Thin Lips, The Headroom), Marley McNamara (Johnny Brenda’s, artist management), Brian McTear (producer of Dr Dog, War on Drugs, Kurt Vile), Susan Werner, Camp Candle, and many more.

Drago started 25 O’Clock in 2014 at his kitchen table, using a couple of microphones and relying on his editing and production skills.  After touring relentlessly playing guitar and bass for different bands from 2004-2013, he decided to park the van and give back to his music community in a new way: by bringing friends, acquaintances, talent buyers, publicists, radio personalities, photographers, record store owners and booking agents amongst others on the show to shine a light on the thriving independent music scene in his adopted hometown.

“I was so happy to have something to offer,” Drago says. “When you’re in a band, you’re always asking for things: play my song, come to my show, buy my record. I could reach out to people now with something they might need, and in turn, they would give me something I needed, which was a good conversation that I could share with everyone.”

When the pandemic hit in the spring of 2020, Dan took the opportunity to put out even more shows than he had in previous years. Talking to artists via Zoom and putting together countless playlist episodes that highlighted all the new music that Philly artists were putting out over the year, Dan found he was able to pivot how he did the podcast in a way that made it even more relevant. “Suddenly, there were no live shows. But there were still people making amazing music and figuring out how to stay active. I wanted to make sure they got heard.” He even made his WXPN debut, co-hosting an episode (virtually, of course) of Philly Local with John Vettese, highlighting artists that had never been played on the radio before.

After almost 200 shows, Dan has learned that it’s best to “just put out one show at a time, get better with each one and try not to get hung up on numbers and downloads, especially at first. Put in the time to make something worth other people’s time, and you’ll be successful at it. You won’t always feel validated or seen, but stick to your goal (mine being making a good show that highlights talented and thoughtful people) and keep moving forward. Respect your community, respect your audience, and have something to offer, whether it’s promotion, an introduction to someone who can help someone out, or just a kind word of support.

“The best part of interviewing other creatives one on one, is that I’m talking about something that I love with someone else who also loves it more than anything in the world,” says Dan. “There’s a certain kind of intimacy that comes from a long conversation about things people are passionate about. Some people I’ve had on the show I’ve become very good friends with afterwards. I’ve been able to help them out at other times, and they’ve been able to help me out. I love that it creates this common experience for both of us, it’s unique, and it can bond us in ways that maybe wouldn’t have happened if our bands had just played together, or if I had just done a quick little blurb about them.”

Born just off of City Line Avenue in Philadelphia, Dan was raised in Western New York, returned as an adult at the beginning of the millennium and currently lives in South Philadelphia. He plays bass in Philly band Lovecartel, performs his own solo work occasionally, and he volunteers at Rock to the Future, teaching songwriting and production to students who don’t have easy access to music programs. His immediate plans for 2021 include continuing to put out episodes of 25 O’Clock and finally meeting several of his favorite podcast guests in person as soon as it is safe to do so.