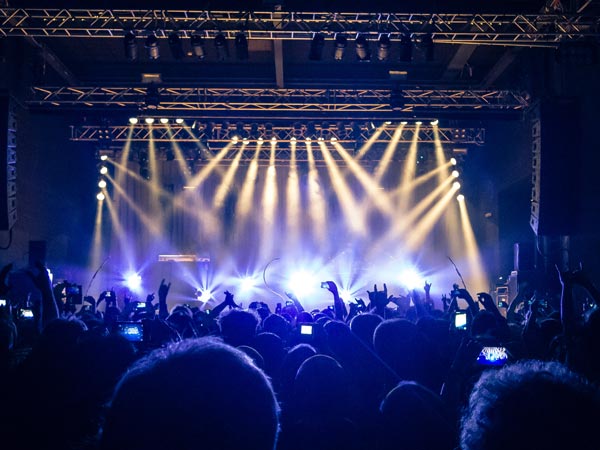 (HOPEWELL, NJ) -- After months of meetings and discussions with the New Jersey Legislature and the Governor's Office, New Jersey Independent Venue Association (NJIVA) is pleased to announce that the New Jersey State Legislature voted to pass legislation A.5447/S.3521 to help rescue New Jersey’s live performance venues who’ve been struggling financially due to the pandemic shut down. NJIVA anticipates that the Governor’s Office will sign this legislation into law, but awaits final word.

This bill allocates $15 million in federal CARES Act funds administered by the Economic Development Authority for grants to provide much needed financial relief for arts and culture live performance venues around the State. The EDA will distribute $7.5 million of the funds to independent for-profit venues, and $7.5 million to The New Jersey State Council on the Arts for grants to nonprofit arts and culture entities.

“Should the Governor sign this into law, this funding will have a dramatic economic impact on private and nonprofit venues and the communities they support,” says Sara Scully, Executive Director, Hopewell Theater. “We are grateful to our State leaders and all those who supported this campaign for demonstrating how deeply they value the performing arts.”

This $15 million dollar funding was secured after NJIVA mobilized an advocacy campaign that first wrote a letter to the Governor signed by 13 venues and arts organizations. That letter requested $15 million dollars in relief funds for live independent performance venues from CARES Act funds.  NJIVA also distributed a public petition asking for the same. The public petition was signed by over 800 New Jersey residents and delivered by NJIVA to the New Jersey Legislature and Governor’s Office.

“We are heartened to know NJ’s Legislature understands how our industry has been struggling financially as a result of the shutdown, and grateful they’ve championed live performance venues with this rescue money,” says Al Mercuro, Board Member, Outpost in the Burbs.

NJIVA’s mission is to unify NJ’s diverse and proudly independent venue owners, operators, and presenters to foster mutual support and resource sharing, and advocate as a unified group for our shared priorities in order to preserve and nurture the ecosystem of independent venues, large and small.

Venues have played a crucial role in the development of NJ’s performing artists for over half a century by nurturing local, national, and international talent, and providing a platform for these artists to build their careers and develop.

NJ’s independent venues - both nonprofit and privately owned - provide thousands of jobs, as well as millions of dollars in salaries, revenues, charitable donations and taxes. Therefore, it is critical to preserve and nurture the ecosystem of NJ independent venues.