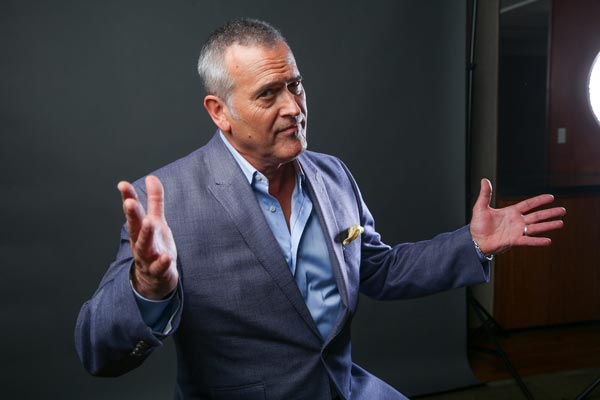 Ash, the sole survivor of The Evil Dead, returns to the same cabin in the woods and again unleashes the forces of the dead in The Evil Dead II. With his girlfriend possessed by the demons and his body parts running amok, Ash is forced to single-handedly battle the legions of the damned as the most lethal and groovy hero in horror movie history.

Watch the sequel to Evil Dead with Campbell as he shares memories, stories, and anecdotes from the film, and for a few lucky viewers, Bruce will even answer questions from the chat.

Tickets start at $25 and are available for purchase online.

New Jersey Performing Arts Center (NJPAC) is located at One Center Street in Newark, New Jersey. It is America’s most diverse performing arts center, and the artistic, cultural, educational and civic center of New Jersey – where great performances and events enhance and transform lives every day. NJPAC brings diverse communities together, providing access to all and showcasing the state’s and the world’s best artists while acting as a leading catalyst in the revitalization of its home city. Through its extensive Arts Education programs, NJPAC is shaping the next generation of artists and arts enthusiasts. NJPAC has attracted nearly 10 million visitors (including over 1.7 million children) since opening its doors in 1997, and nurtures meaningful and lasting relationships with each of its constituents.