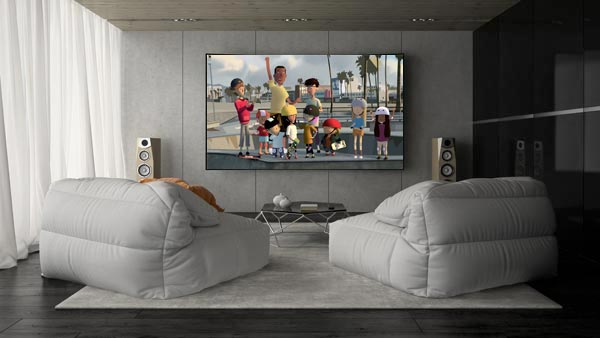 (TRENTON, NJ) -- The Trenton Film Society is offering movie buffs the chance to see the Oscar-nominated short films of 2021, in the categories of live-action, animated, and documentary. A perennial hit with audiences around the country and the world, don’t miss this year’s selection of shorts. These films are not easy to find and view even in “normal” years, and this year has been extra hard on those of us who love to go out to the movies. But like many experiences since the Covid crisis, this one will be virtual. Get ready on the couch with your home-made popcorn. Predict the winners (and have the edge in your Oscar pool)!

Buy your tickets through the Trenton Film Society website at trentonfilmsociety.org. Tickets are $12 for each program, or $30 for a discounted bundle of all three. Half the proceeds will go to the distributor, and half to support the Trenton Film Society. When you purchase your tickets for live-action, documentary, animation, or all three, you will get a link, good for a month, to stream the films. Once you begin streaming, you will have 72 hours to finish watching. Tickets go on sale Friday, April 2, and are available for purchase until the Academy Awards telecast on April 25.

A ballot for marking your choices for the Oscar can be found on the TFF website, too. Correct guesses for winners in each category will be entered into a drawing for an all-access pass to the Trenton Film Festival, happening virtually later this spring.

Films in the documentary category as usual tackle important social issues around the world, from the humanitarian crisis in Yemen (Hunger Ward) to the uprisings in Hong Kong (Do Not Split). But several take a more personal look at history through individuals: Colette follows a French Resistance fighter confronting her past after seventy years; in A Concerto Is a Conversation a jazz pianist reflects on how his father’s decision to flee Jim Crow Florida led to his own greater opportunities in LA; and the most experimental entry, A Love Song for Latasha, meditates on the life, not the death, of a 15-year-old girl shot by a Korean grocer in 1992. This program is rated R and runs 136 minutes.

The live-action category includes two stunning films from Israel and Palestine, both treating how people face ordinary challenges in the tense atmosphere of everyday conflict. In The Present, a Palestinian father and daughter try to buy something for a wedding anniversary while navigating checkpoints and roadblocks; and in White Eye, a man tries to retrieve his stolen bicycle. The films explore how people hold on to their humanity under pressure.

The three other nominees are from the United States: The Letter Room features Oscar Isaac as a prison guard assigned to screen convicts’ correspondence who becomes too intrigued with one inmate’s personal life. Feeling Through explores the impact of a late-night encounter between an at-risk teen and a deaf man, and Two Distant Strangers has a man reliving a traumatic encounter over and over. The live-action program is rated R and runs 130 minutes.

The animated category is always an audience favorite. This year’s nominees run the gamut from cute to really weird. Disney+ supplies the cute with Burrow, about a rabbit with a housing issue. The Icelandic film Yes-People conveys “a-day-in-the-life” of several people with a light touch. If Anything Happens I Love You uses simple animation techniques to deal with the heavy subject of parents grieving after a school shooting. Genius Loci, from France, is the longest nominee at 16 minutes, and quite experimental in form and subject. Another experimental entry, Opera, by a young South Korean filmmaker who interned at Pixar, will eventually be an art installation with all the segments running simultaneously on different walls of a gallery. Additional runner-up animation nominees are included to make the program, rated PG-13, 99 minutes long.

The Trenton Film Society is a non-profit organization with a mission to entertain, educate and engage the diverse Greater Trenton, New Jersey area through film.

They bring together filmmakers, film professionals, and area residents of all ages and cultural and socio-economic backgrounds to build a better understanding of filmmaking, to explore the issues and perspectives in a variety of films–from local to international–and to build an appreciation of the film arts.