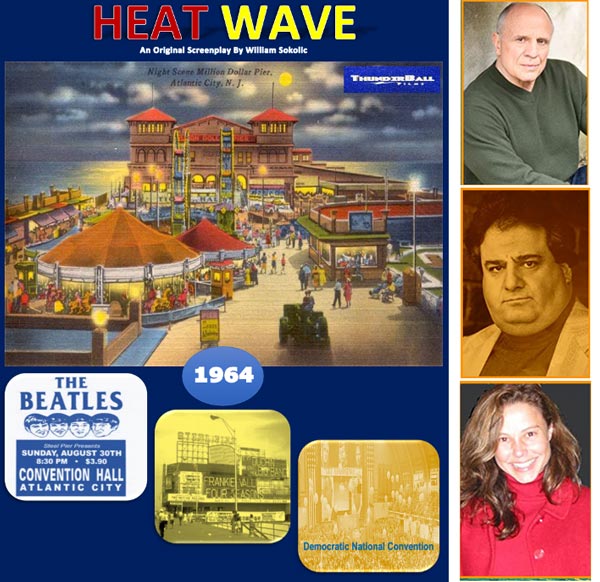 The summer of 1964 was a watershed one for Atlantic City.

The Democrats met in the resort to nominate Lyndon Johnson. An international press corps focused on the city itself and the city received poor grades. The Beatles spent three days in town sandwiched between concerts in Philadelphia and the Atlantic City Convention Hall.

Kenny Gerber had his own watershed moment during that hot summer, all of it chronicled in Atlantic City Heat Wave, a feature film in pre-production. The film, from a screenplay by William Sokolic, and produced by ThunderBall Films,  focuses on Kenny’s love life set against the backdrop of the historic moments, and the inner workings of a Boardwalk amusement park.

“It’s your basic coming-of-age romantic comedy set in a year that left its mark on history,” says Sokolic, a journalist, screenwriter, and founder of Atlantic City Cinefest.

Producer, Mario Domina, CEO of ThunderBall Films, likes the way the story’s elements come together. Domina, born and raised in New Jersey, states “I was immediately attracted to this feel-good story reminiscent of my younger summer days with family at the Jersey Shore, remembering the frenzy surrounding the Beatles coming to Atlantic City, the Democratic National Convention, a time of social movement, and innocent youth.”

“Seeing the potential of this wonderful screenplay, not only with casting, but also provided by the potential to work with a hotel casino partner, the Atlantic City Film Commission and Meet AC.”

Domina has brought on board the #1 Beatles tribute band, BRITISHMANIA  - coincidentally also from New Jersey - to perform songs The Beatles sang during the 1964 concert. 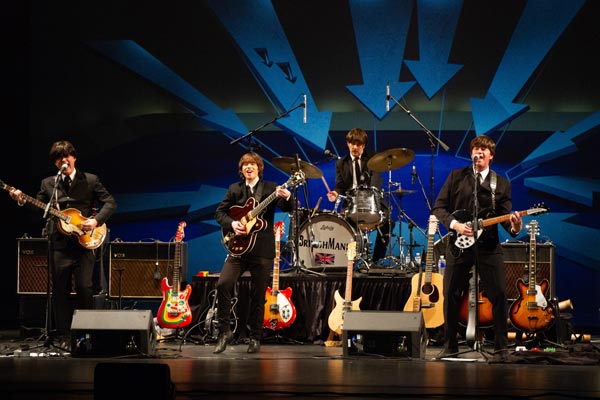 Production is estimated to begin in the summer of 2022.

ThunderBall Films, in association with casting directors Stefanie Ryan-Showell and Quinn Showell, of Weist-Barron-Ryan, signed some of the key characters, including Emmy winner, Dana Barron, as no-nonsense Aunt Sarah, who lets Kenny stay for the summer as long as he keeps his job. Barron co-starred in National Lampoon's Vacation and Heaven Help Us.

Johnny “Roastbeef” Williams signed on to play Chloey, the gruff and mean-spirited manager of Million Dollar Pier. Williams appeared in Green Book, with memorable roles in Honeymoon in Vegas and Goodfellas.

Bruno Iannone, skilled film, commercial and theater actor, who appeared in The Money Pit and Once Upon a Time in America, will play Mo, the kind-hearted owner of a luncheonette across the Boardwalk from the pier.

ThunderBall Films team member, Davide De Stefano, of Italy will serve as production designer for the film.  Davide won best production design on several films, including African Movie Academy Awards on The Cursed Ones in 2015.  Another ThunderBall Films teammate joining Davide will be his art director brother, Massimo De Stefano of Italy. They will spearhead the design team.