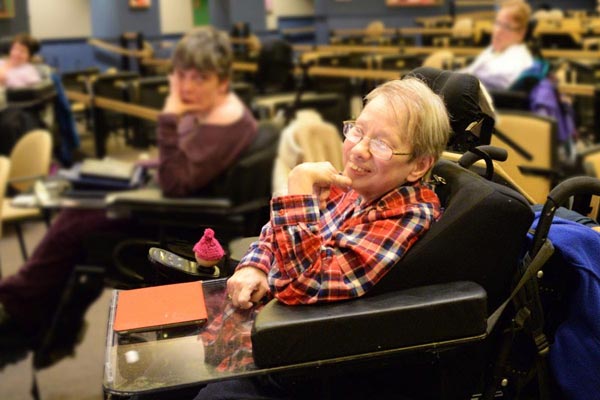 Fancy Farthington is a "social climbing phony." Princess Cordelia is "English royalty, old money." Mrs. Diedre Billingsworth is a "good-hearted former lady's companion who inherited her fortune from the older woman she took care of." And, Prince Carlos is a "handsome Spanish prince" who "is penniless."

Those are the characters in writer Cheryl Chapin's new rhyming play, Tea & Venom, which will be performed virtually, on Zoom, from 4:00pm-5:30pm, on March 27 as part of the New Jersey Theatre Alliance’s Plays By People program featuring works by writers and dramatists, performed by professional actors from Premiere Stages at Kean University.  Plays By People is part of The Stages Festival, which encompasses more than 60 virtual and safe in-person theatre events in March, April, and May.

Chapin, who lives at the Matheny Medical and Educational Center adult residence in Basking Ridge, is a writer and visual artist in Matheny's Arts Access Program, which provides individuals with disabilities the freedom to create in the visual, literary, and performing arts. Known for her wit -- she once wrote a play about a day-in-the-life of the inhabitants of a fish tank -- Chapin says ideas "just come out of my head, and I just keep writing them. I like old stories, stories about fancy ladies, old stories of the South." The setting of Tea & Venom, she says, “could be anywhere, although it's probably somewhere in Europe."

"Tea" is one of Chapin's favorite subjects. The others are "ghosts" and "the four seasons." In Tea & Venom, the action takes place in the homes of the three ladies, often while they are having tea. In one scene, the prince, visiting Princess Cordelia's Palace, says: "This is a fine room in which to dine. I'm sure the tea will be splendid, better than wine. I'm sure we'll get along just fine."

In another scene, Princess Cordelia and Mrs. Billingsworth are having tea while discussing a quarrel between the prince and Fancy. Says Mrs. B: "We don't want to meddle and over boil the kettle!" And -- without giving away the ending -- it can be revealed that the last line of the play is: "Now, my dear, let's have some tea!"

In addition to Tea & Venom, other Chapin literary creations will also be staged at the March 27th virtual presentation.

When the 63-year-old Chapin was a little girl, she collected Casper the Friendly Ghost dolls. "Every Christmas I would get a new doll. I had three or four of them. That's what got me interested in ghosts," she says, "but the ghosts I write about are not scary, they're funny."

Ghostly Acquaintances, another play to be performed on March 27, includes two of those "funny" ghosts. The main human character, who lives in a "fixer-upper haunted house" meets the first ghost in the kitchen -- you guessed it -- "pouring himself a cup of tea. It was steaming, but it didn't matter to him. After all, he was a ghost." 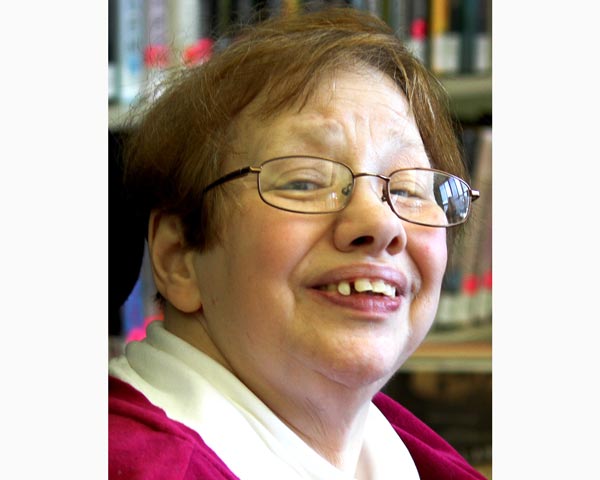 NASA's recent robotic landing on Mars has sparked Chapin's creative juices. "I would like to write something about the people on Mars," she says, wondering, "What do they have for dinner?" Chapin turns to writing about the seasons when she doesn’t know what else to write about. "That's the easiest thing to write about," she explains. Those writings usually take the form of short poems with titles such as "Spring's Promise", "Fall Fling", and "Wintry Mix."

When her play, Words From a Fish Tank, was presented in 2017 as part of Arts Access' Full Circle celebration, Chapin said this: "The type of plays I like to write are mainly comedies. I like to lighten the mood. I think it makes the performance more fun to come to."

Chapin's visual art has been exhibited at Overlook Hospital’s Wallace Art Gallery in Summit, the Grounds for Sculpture in Hamilton, and Johnson & Johnson headquarters in New Brunswick. Her favorite visual style is abstract digital art.  But, "sometimes I just plop anything anywhere on the canvas to see what comes out."

To register for the 4:00pm. Zoom showing of Cheryl Chapin's plays, log onto www.artsaccessprogram.org and click on News & Events. The performance is free, but you have to RSVP.

This event is part of the New Jersey Theatre Alliance 2021 Stages Festival, made possible by support from the New Jersey State Council on the Arts, a partner agency of the National Endowment for the Arts; Bank of America; The Horizon Foundation for New Jersey; OceanFirst Foundation; the George A. Ohl, Jr. Trust; New Jersey Historical Commission; and Fund for the New Jersey.