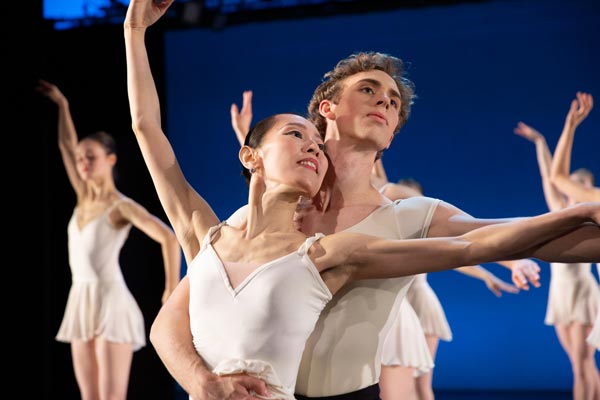 (PHILADELPHIA, PA) -- Pennsylvania Ballet has announced the launch of its digital spring season, titled Strength. Resilience. Beauty., featuring newly filmed productions of classic ballets, world premieres, and principal solo performances. The season will pay tribute to the late Barbara Weisberger (1926-2020), who founded Pennsylvania Ballet with an extraordinary vision to connect with the community through ballet. The season, composed of three distinct programs, will stream on paballet.org starting March 25 through June 2.

“We are proud to dedicate this season to our founder Barbara Weisberger. She was a true visionary and our Company is forever grateful for the indelible impact she made in our community and across the industry,” says Pennsylvania Ballet’s Executive Director Shelly Power. “This season our audiences can enjoy an unparalleled repertory of ballets, accessible from the safety of home. Now more than ever, there’s a strong desire from our patrons and community to experience the arts that evoke joy, emotion and inspiration during these challenging times. While we can’t perform live at the Academy of Music this season, our incredible dancers and artistic staff have swiftly adapted to create new digital works for devoted audiences – near and far – until we can safely return to the stage.”

“This season will surely leave our audiences breathless and spellbound as our dancers have poured impeccable artistry into each production after six months of being away from the stage,” says Pennsylvania Ballet’s Artistic Director Angel Corella. “These repertoires are some of the most physically demanding works we’ve created at Pennsylvania Ballet, and our dancers have risen to the challenge by working tirelessly to practice technique and maintain peak physical condition during this time of quarantine. This season is a celebration of our dancers’ resilience, the beauty of their artistry, and their strength of mind and body which continues to push the art form forward.” 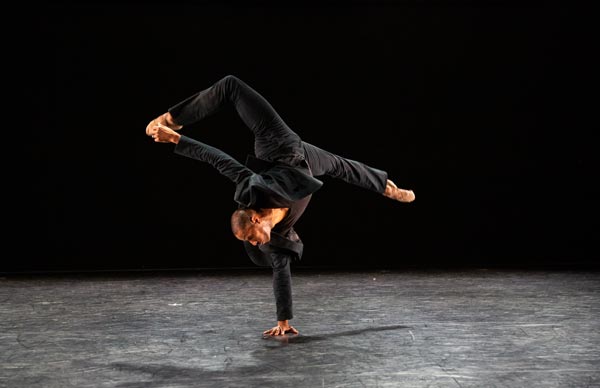 First produced in 1941, Concerto Barocco is hailed as one of Balanchine’s masterpieces. The neoclassical ballet is danced to Johann Sebastian Bach’s Concerto for Two Violins in D Minor. The ballet features a prominently female ensemble of ten Pennsylvania Ballet dancers that embody athleticism, precision and grace.

Welch’s Clear (2001) is a beautiful abstract piece that draws inspiration from the emotionally impactful events of September 11. The ballet explores the thought process of discovering what is most important in life and finding clarity when faced with one’s final moment. Set to music by Johann Sebastian Bach, the explosive and fierce choreography allows the audience to become immersed in each movement performed by seven strong male dancers and one sole female dancer.

Suspended in Time (2011) is an exuberant and immaculately choreographed piece by Radev, Ducker and Corella that brings together a cast of male and female dancers to conclude the triple bill. A celebration of strength, artistry and freedom, the ballet features music by rock band Electric Light Orchestra (E.L.O.) including hits such as "Strange Magic" and "I am Alive."

The first installment will close with a breathtaking solo performance by principal dancer Jermel Johnson from Neenan’s Penumbra (2008), set to music by Argentinian composer, Alberto Ginastera and played by Principal Pianist, Martha Koeneman. 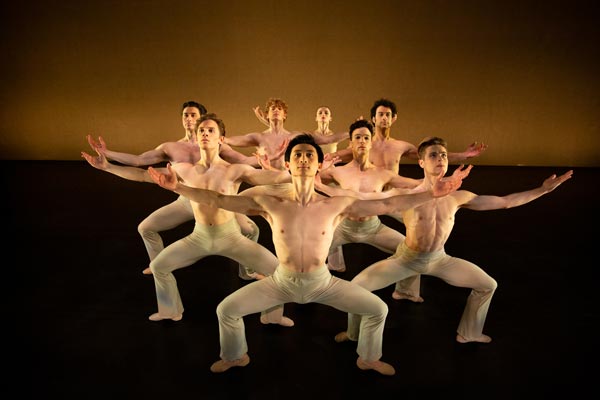 The season’s second program will feature George Balanchine’s Allegro Brillante, Christopher Wheeldon’s Polyphonia, Angel Corella’s Raymonda Suite, and a solo excerpt from Dwight Rhoden’s And So It Is…

Balanchine’s Allegro Brillante is hailed as one of his purest and most joyous dance pieces. Originally produced in 1963, the ballet is set to Tchaikovsky’s Piano Concerto No. 3 and features a high degree of choreographic development within restricted time and space, making it one of the most demanding pieces in the repertoire.

Marius Petipa’s original choreography from 1898 is reconstructed by Corella for this production of Raymonda Suite. The festive orchestration and classical choreography features a series of impressive solos, revealing different emotions and colors with each movement. This ballet is danced to Alexander Glazunov’s enchanting score.

The second installment will close with another spectacular solo performance by principal dancer Jermel Johnson from Rhoden’s And So It Is… (2015). Featuring music by Steve Reich, this excerpt celebrates the strength, majesty, and perseverance of one man and the inevitable evolution that takes place in life, over time.

Strength. Resilience. Beauty. is dedicated to the late founder of Pennsylvania Ballet, Barbara Weisberger, who passed away in December 2020. Weisberger was a key influence on the contemporary American ballet movement and notably brought Pennsylvania Ballet to national prominence and acclaim under her direction. She was a protégé of choreographer and New York City ballet co-founder George Balanchine, whose work is embedded in the core identity of Pennsylvania Ballet and is thoughtfully featured throughout the digital spring season to honor the company’s Balanchine roots.

Pennsylvania Ballet dancers took class, rehearsed and filmed performances for the digital spring season at the Performance Garage, a space dedicated to dance in Philadelphia’s Spring Garden neighborhood, while adhering to appropriate safety guidelines. The studios and newly renovated theater are outfitted with professionally sprung floors and a custom stage to resemble a larger proscenium theater space to better showcase ballets on film.

Donations to the ballet company may be made here.

*Repertoire is subject to change

Founded in 2000 by Jeanne Ruddy and Victor Keen, the Performance Garage is a non-profit dance organization offering dance class, rehearsal and performance space in the Spring Garden area of Philadelphia. It is a true community center, housing dancers of all genres and abilities. The Performance Garage builds community through dance by showcasing world-class and innovative performances, and by providing dance education and community outreach programs that further the art form’s development, building affinity between diverse groups of people.

Pennsylvania Ballet is one of the nation’s premier ballet companies and one of Philadelphia's cultural treasures. Internationally renowned dancer Angel Corella took the reigns as Artistic Director at the start of the 2014/2015 season, bringing the company to a new level of excellence with 45 dancers from around the world and an ever-changing repertoire of works. In addition to its performances on Philadelphia’s famed Avenue of the Arts, Pennsylvania Ballet serves more than 17,000 individuals across the Philadelphia region every year with hands-on, high quality arts education activities brought to children and adults alike regardless of socioeconomic background or abilities. For more information visit paballet.org or connect with us on Twitter, Facebook, Instagram, and YouTube for a behind the scenes look at our dancers in the studio and onstage.