MPAC Events For The Week Of February 22 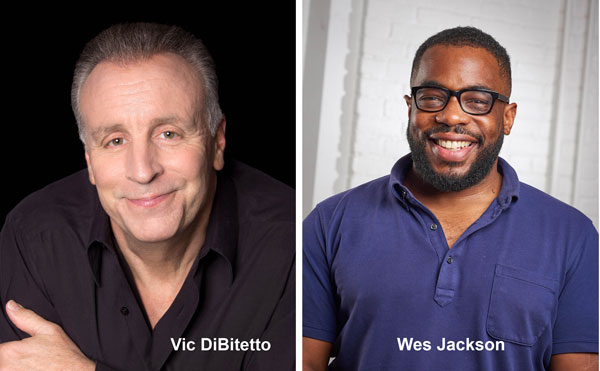 (MORRISTOWN, NJ) -- MPAC continues with limited capacity concerts on stage in February, with comedy from Vic DiBitetto. This week the venue also hosts a fascinating talk on the history of hip hop music and a musical about Black History Month. MPAC also offers a variety of virtual concerts and lectures from across the country. Here's a look at events between February 22-28.

On stage at MPAC:

MPAC Presents: Hip-Hop Music: Culture and Legacy - Wednesday, February 24 at 8:00pm.
Wes Jackson, Professor, and Director at Emerson College as well as Founder and Executive Director of The Brooklyn Hip-Hop Festival, takes the audience on a journey through Hip-Hop as a genre, business, and cultural movement. We'll discuss and examine how Hip-Hop has grown from a movement in the South Bronx to the billion-dollar business driving the streaming economy, fashion, sports, politics and more. This is the only lecture that takes you from Robert Moses to Kool Herc. From NWA and Public Enemy all the way to Cole, Uzi, and Cardi. Gain an appreciation and deeper understanding of the 4 Elements of the Culture (Graffiti, B-Boy/B-Girl, the DJ and the MC). Tickets $20.

McDonald's Salutes Faces of Black History - Thursday, February 25 at 7:00pm. McDonald's Salutes Faces of Black History is a 45-minute virtual musical and theatrical presentation created to salute and honor Black History makers in an entertaining and educational format for all ages.  From Negro spirituals to Rap music and everything in between, a talented four-member cast takes the audience on a high-energy excursion through African-American Culture, highlighting the accomplishments of individuals from Harriet Tubman and Dr. Martin Luther King, Jr. to present day personalities, athletes and history makers such as Barack Obama and Kamala Harris.  The presentation will be hosted by MPAC's Musical Supervisor Darius Frowner, who served as Musical Director for this project and will be followed up with a Q&A with Darius and cast members!  This event is free, registration information is available online.

Virtual February Events: These events do not take place at MPAC but are being offered through MPAC

National Geographic Live Virtual Speaker Series: Reimagining Dinosaurs - Tuesday, February 23 at 7:00pm. Groundbreaking new science is changing what we thought we knew about how dinosaurs looked, moved, and lived. Newfound troves from the Moroccan desert suggest that the immense predator Spinosaurus used crocodile-like jaws and a unique, paddle-like tail to actively pursue prey in the water: a first for dinosaurs. And in Chile, scientists have discovered a shocking new therapod. Unlike its cousins, Velociraptor and T. rex, Chilesaurus consumed a vegetarian diet. Join leading paleontologists and National Geographic Explorers Nizar Ibrahim and Sebastián Rozadilla for stories and conversation about the evolving science of dinosaurs. Tickets $15.

Mayo Performing Arts Center (MPAC) is located at 100 South Street in Morristown, New Jersey.  MPAC, a 501(c)(3) nonprofit organization, presents a wide range of programs that entertain, enrich, and educate the diverse population of the region and enhance the economic vitality of Northern New Jersey. The 2020-2021 season is made possible, in part, by a grant the New Jersey State Council on the Arts/Department of State, a Partner Agency of the National Endowment for the Arts, as well as support received from the F.M. Kirby Foundation and numerous corporations, foundations and individuals. Mayo Performing Arts Center was named 2016 Outstanding Historic Theatre by the League of Historic American Theatres, and is ranked in the top 50 mid-sized performing arts centers by Pollstar Magazine.