When making plans, there is one almost-certainty: plans will change.

Sometimes the path is terminally altered by the changes, and other times, though there are twists and turns, the destination you envisioned is reached.

“The Question the Answer Hides: Casey Ruble and Wendel White,” the exhibition that opens on September 25 at the Stockton University Art Gallery, demonstrates the latter. 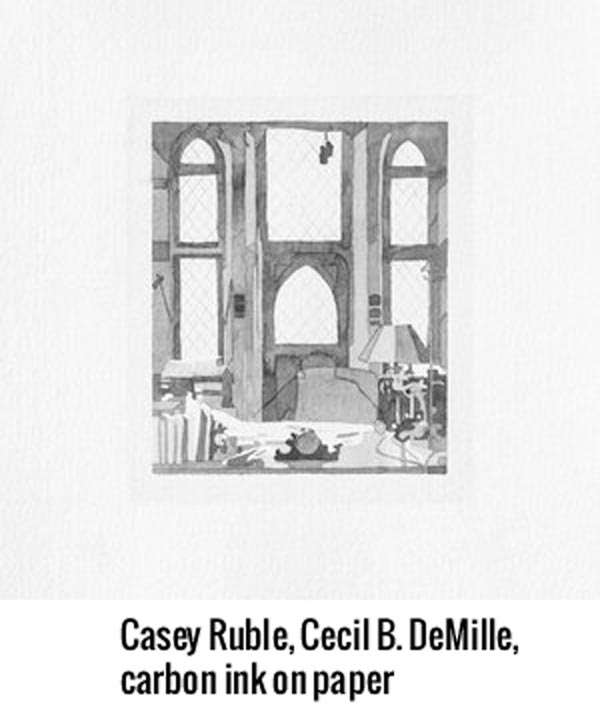 The show features more than 70 pieces by New Jersey artists Casey Ruble and Wendel White, most from the two artists’ respective “Red Summer” projects, referencing the 1919 race riots and attacks on Blacks who migrated from the south for work after World War I.

According to Denise McGarvey, Art Gallery Exhibition Coordinator, exhibition themes are chosen well in advance by the Visual Arts faculty. “We have an art gallery committee,” she said, “and we try to work one to  two years ahead.”

“After the pandemic hit in March, we were playing it week-to-week,” McGarvey said, “and eventually we had to close down and reschedule everything.”

But when you are a dedicated college art gallery coordinator, whose efforts benefit students as well as visitors, you find a way to fill holes in the calendar and empty spaces on the walls. And McGarvey did not have to look any further than the Stockton community for the solution.

“Due to a domino effect from cancellations, our planned traveling exhibition on global migration had to be rescheduled, and not knowing if the University or the Art Gallery would be open, the faculty decided to host exhibitions that were easier to facilitate within our reduced State budget.”

“The faculty still wanted to address current events going on during an election year,” said McGarvey, “so, they chose the current exhibition.” 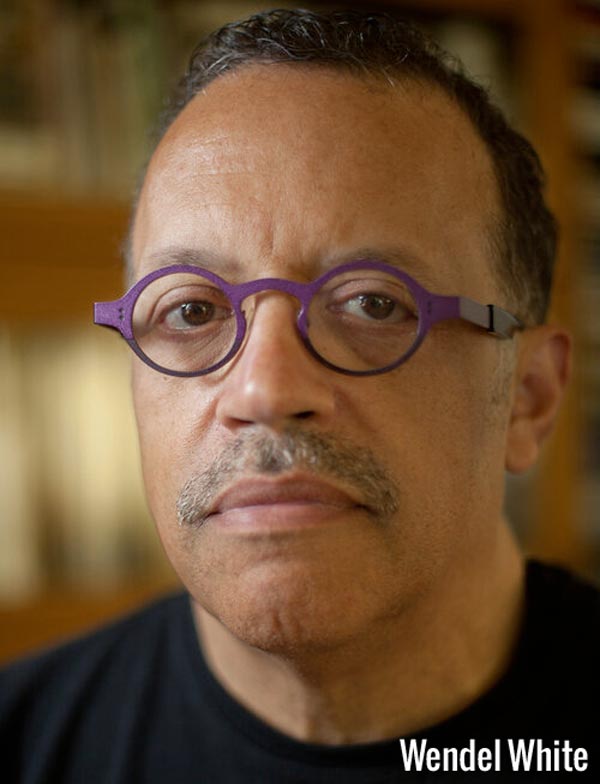 “Wendel White is a nationally-known artist, as well as a member of the Stockton University faculty. And because he is nearby and accessible, we were able to move ahead with the Red Summer project.”

White chose artist Casey Ruble to participate with him in the exhibition.

“Casey and I met a few years ago,” said White. “She was curating a show at the Visual Arts Center in Summit and someone asked her if she was familiar with my work.”

Ruble said she looked up White when she got home and was immediately taken with his work. But White had none of his Red Summer images on his website, so Ruble had no idea that they were both doing work that depicted riot sites.

“I didn’t discover that until I contacted him and then visited his studio,” she said. “It was such a surprising coincidence.”

Ruble and White have exhibited their work together in group shows, and both participated, along with a colleague Arlene Keizer, in a conference in Lisbon.

“It’s now been a few years of ‘conversations’ between our bodies of work,” Ruble said, “So it made sense for us to do a two-person show, especially at a time when some of the themes we address are playing out on the front page of the newspaper.”

White’s interest in the subject came about while he was doing an artist residency at the Bemis Center for Contemporary Arts. 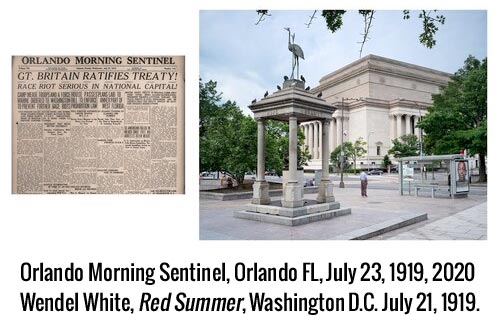 “I became curious after I came across a photograph in the Nebraska State Historical Society of the September 1919 lynching of Will Brown in Omaha,” White said. “It happened at the courthouse, just a few blocks from where I was doing the residency, and the more I researched, the more I realized it was part of a much broader situation.”

“I read a portion in Henry Fonda’s biography that referenced the lynching,” White said. “Fonda’s father had a print shop across the street from the courthouse, and Fonda and his father witnessed the event. According to Fonda’s account, the crowd was vicious and so bent on getting a hold of Will Brown that they almost destroyed the new courthouse.”

White was fascinated by these discoveries and, at the same time, surprised by how little he knew about the racial unrest prevalent in many American cities at the time. This desire to learn more motivated him to look further, initially in Texas and in Arkansas, and subsequently in other American towns and cities.

On his website, White says “Red Summer is a portfolio of photographic collages created as a response to the locations in the U. S. landscape where a series of racial conflicts occurred between 1917 and 1923.” 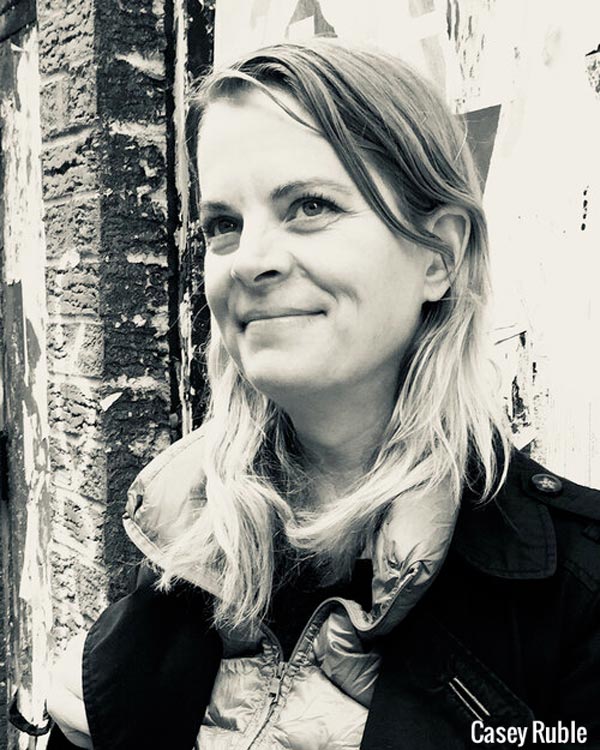 Ruble’s inspiration for the project began in the late 1990s and early 2000s when she was in grad school exploring conflict and the many forms it can take.

“I came across accounts of riots – not just ones related to race. And reading about riots, in general, led me to read more about race riots,” Ruble said.

As part of a Smithsonian Artist Research Fellowship, Ruble dug deeper into the subject of white-on-Black violence. She made another startling discovery: In 1919, the Smithsonian Institution began planning for what would become the National Portrait Gallery and to develop its mission, which was to “acquire and display portraits of men and women who have made significant contributions to history, development, and culture of the people of the United States.”

But, as Ruble found, every one of the subjects of those portraits was white.

“That was when I realized how woefully inadequate my knowledge of this history was,” she said. “In many ways, this has been a long project of self-education.”

Both Ruble and White are teachers, so the fact that they are committed to deeper exploration and understanding of these complex issues and events is not a surprise.

Ruble is an Artist in Residence at Fordham University in New York, where she teaches a range of courses and curates exhibitions for the university galleries. White is a Distinguished Professor of Art & American Studies at Stockton University. And both told me that their work as artists and as teachers have many points of intersection. 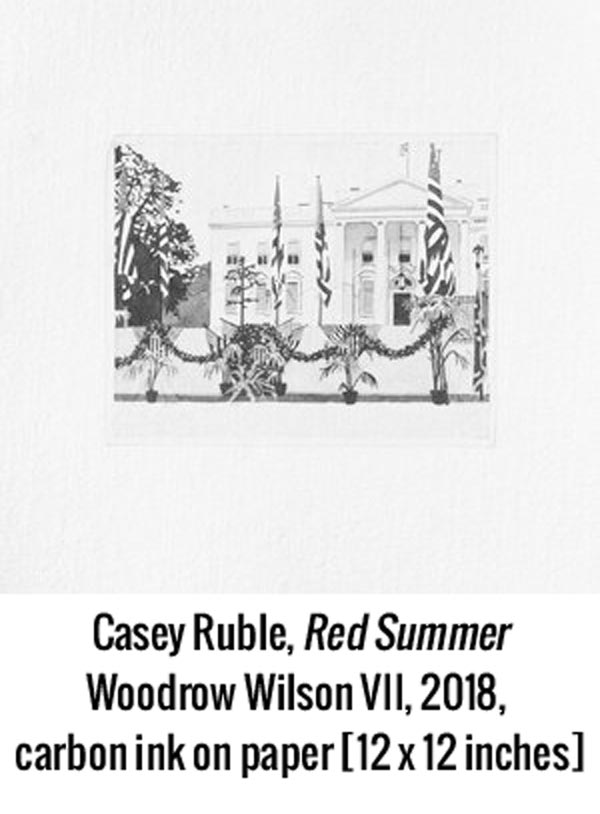 Ruble said she is currently creating a new course for the fall of 2021 called Visual Justice: Enacting Change Through Image-Based Storytelling.

“I am incredibly excited about it,” she said. “My work for the past 13 years has been about storytelling – often telling stories that have been overlooked or suppressed, and often about crafting those stories in non-traditional ways.”

White also brings aspects of his work, such as history, into his photo classes. “I teach a freshman seminar, which has developed into more of a broad overview,” he said.

“In one assignment, I ask the students to find a place in their hometown or in the area and to discover the history of the location before what is there now,” said White. “I want them to do more than just read about the place. I want them to engage with people who have lived in these places. I want them to see the visible and the invisible.”

Oh, yes, the title of the exhibition. Where did that come from?

“Casey suggested it,” White said. “It is derivative of a passage from the James Baldwin essay ‘The Creative Process.’ What I think it means is that the artist is responsible for looking for the underlying world, the world beyond the factual world.” 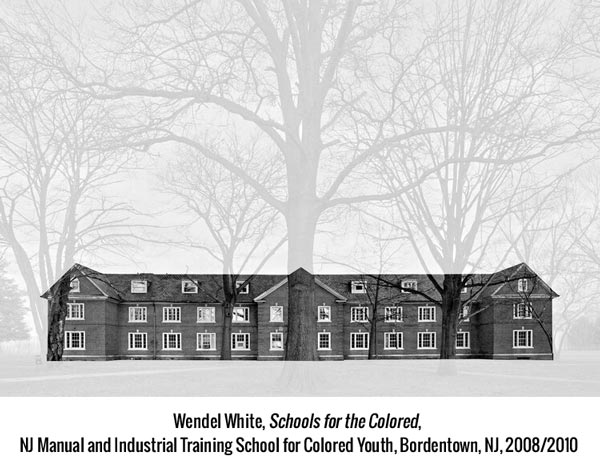 “The Question the Answer Hides: Casey Ruble and Wendel White” is on view at the Stockton University Art Gallery from January 25 – April 1, 2021. There will be a virtual conversation with the artists on February 18 at 2:30 p.m. Gallery admission is free and open to the public, Monday – Friday: 11:00 a.m. to 4:00 p.m. and Saturday: 11:00 a.m. to 6:00 p.m.· A virtual parking permit is required for weekday parking. Lot 7 is unreserved. Parking permit registration - click here. 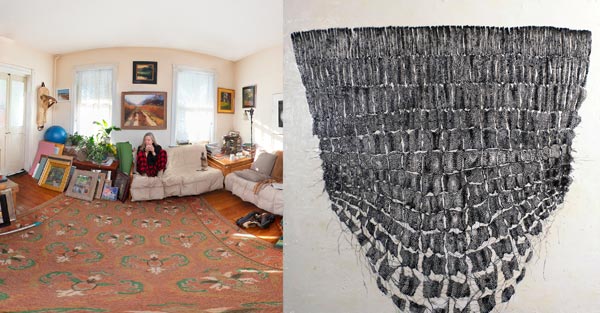 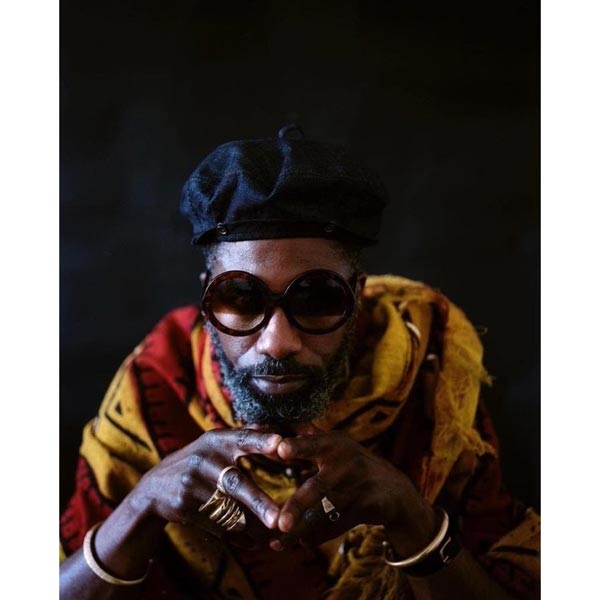 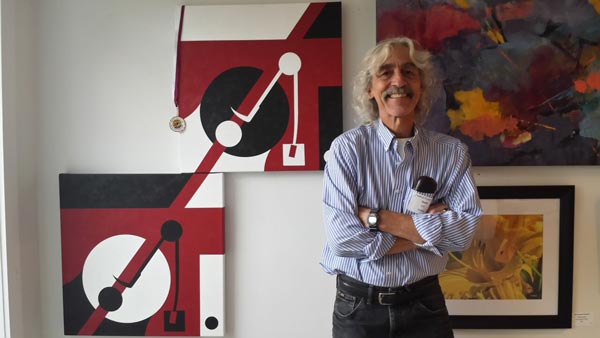 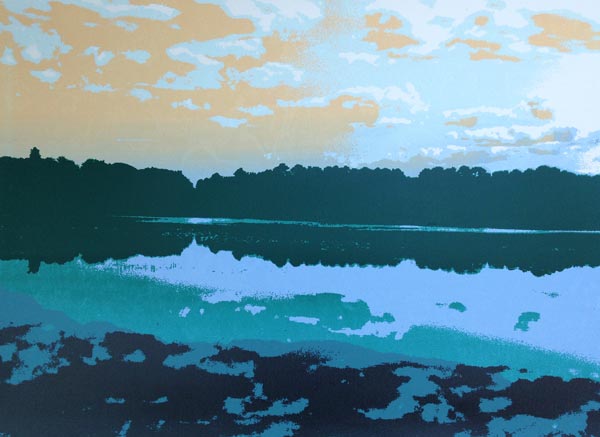 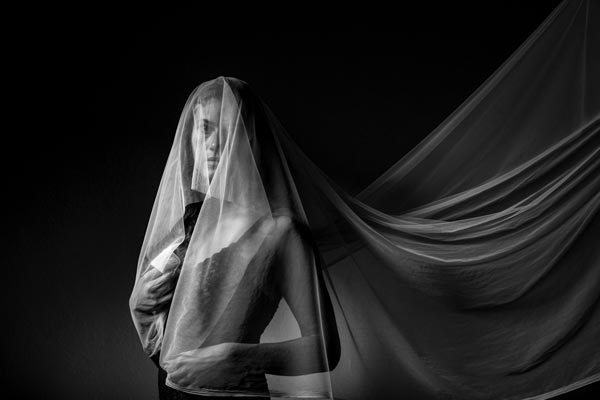 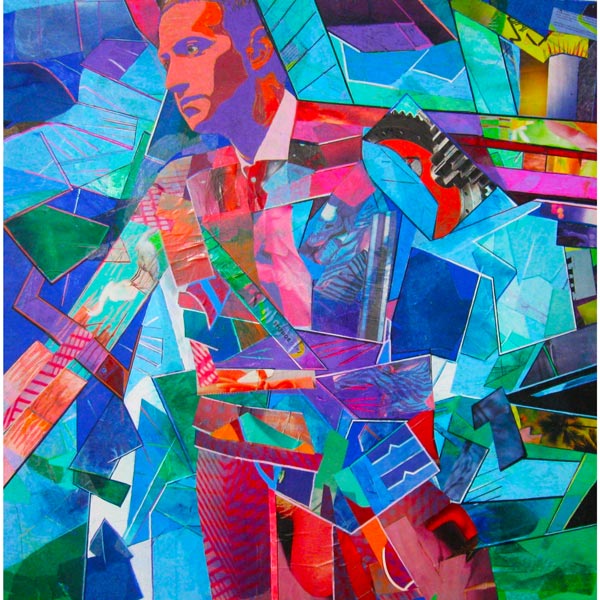 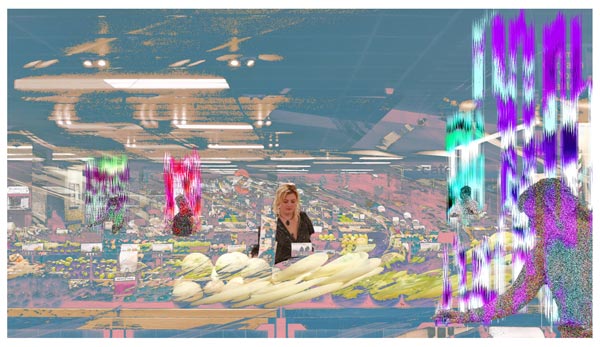 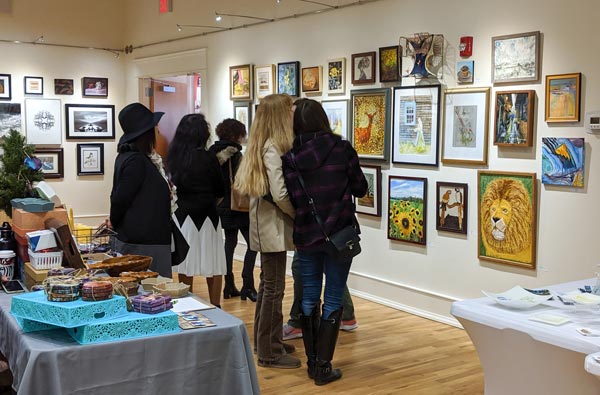