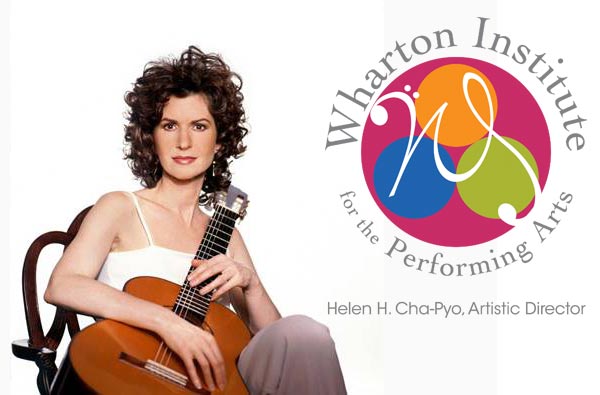 (BERKELEY HEIGHTS, NJ) -- The Wharton Institute for the Performing Arts (WIPA) Performing Arts School presents a free guitar master class on Monday, February 1 at 7:00pm EST. GRAMMY Award Winner and 2020 Musical America Worldwide Instrumentalist of the Year Sharon Isbin will share her talents with Performing Arts School students online. Audience members are invited to listen and learn from the acclaimed guitarist. Click here to register for the the master class which will take place via Zoom.

Said Artistic Director Helen H. Cha-Pyo, “Our students at Wharton Arts are incredibly lucky to have the opportunity to learn from Sharon Isbin. She is truly a trailblazer in the world of guitar and an inspirational role model for musicians everywhere.”

Acclaimed for her extraordinary lyricism, technique and versatility, multiple GRAMMY Award winner Sharon Isbin was named the 2020 Musical America Worldwide Instrumentalist of the Year, the first guitarist ever to receive the coveted honor in its 59 year award history. Hailed as “the pre-eminent guitarist of our time,” she is the winner of Guitar Player magazine’s Best Classical Guitarist award, Germany’s Echo Klassik, Concert Artists Guild’s Virtuoso Award, and the Toronto and Madrid Queen Sofia competitions, and was the first guitarist ever to win the Munich ARD Competition.

Isbin has appeared as soloist with over 200 orchestras and has given sold-out performances in many of the world’s finest halls, including New York’s Carnegie and Geffen Halls, Boston’s Symphony Hall, Washington D.C.’s Kennedy Center, Philadelphia’s Kimmel Center, London’s Barbican and Wigmore Halls, Amsterdam’s Concertgebouw, Paris’ Châtelet, Vienna’s Musikverein, Munich’s Herkulessaal, and Madrid’s Teatro Real. She has served as Artistic Director and soloist of festivals she created for Carnegie Hall and the Ordway Music Theatre (St. Paul), New York’s 92Y, and the national radio series Guitarjam.

Wharton is New Jersey’s largest independent non-profit community performing arts education center serving over 1,200 students through a range of classes and ensembles including the 15 ensembles of the New Jersey Youth Symphony, which serve 500 students in grades 3 – 12 by audition. Beginning with Out of the Box Music and Pathways classes for young children, Wharton offers private lessons, group classes, and ensembles for all ages and all abilities at the Performing Arts School. With the belief in the positive and unifying influence of music and the performing arts and that arts education should be accessible to all people regardless of their ability to pay, Wharton teaches all instruments and voice and has a robust musical theater program. Based in Paterson, New Jersey, the Paterson Music Project is an El Sistema-inspired program of the Wharton Institute for the Performing Arts that uses music as a vehicle for social change by empowering and inspiring children through the community experience of ensemble learning and playing.