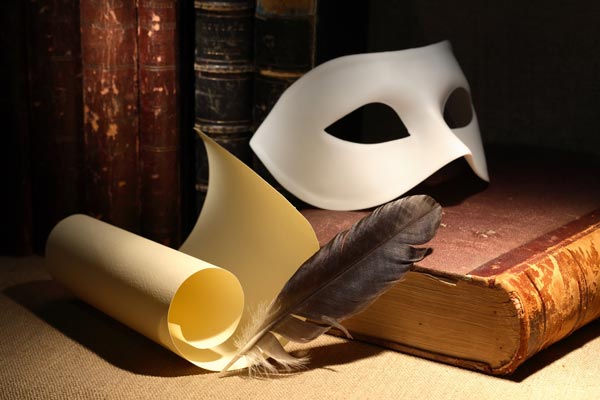 (RED BANK, NJ) -- The Two River Players ring in the new year with a new series of community readings, featuring Two River Theater staff members, plus a few surprise guests. This series travels from Russia at the turn of the 20th century, to Manila, South Carolina, and a fantastical New York City of the future. Join the Two River Players on this journey through classic, award-winning, and thought-provoking plays. These free play explorations will be conducted live over Zoom, each play over two nights, and each part will be followed by a Q&A with the players, moderated by Artistic Director John Dias.

Three Sisters by Anton Chekov, translated by Paul Schmidt - January 13 & 14 at 7:00pm | FREE | ZOOM. Set in the Russian countryside at the turn of the 20th century, sisters, Olga, Masha, and Irina dream of their futures in the wake of their father’s death and a changing Russia. From the famed Russian playwright, Anton Chekhov, Three Sisters is a story about big souls trapped in tiny boxes. Special guest Sara Holdren will read for Masha (Director of Twelfth Night, A Little Shakespeare Macbeth and The Comedy of Errors).

Marisol by José Rivera - January 27 & 28 at 7:00pm | FREE | ZOOM. José Rivera’s Obie-award winning play has been described as “an apocalyptic urban fantasy, which urges society to ‘wake up’ and somehow find a way to recover the long-lost and much-needed compassion for our fellow man.” The play follows Marisol Perez, a young Puerto Rican woman from the Bronx, who finds herself in the middle of a cosmic struggle spilling out onto the streets of New York City.

Wedding Band by Alice Childress - February 10 & 11 at 7:00pm | FREE | ZOOM. Set in South Carolina during the Summer of 1918, Alice Childress’ Wedding Band follows the interracial love story between Julia, a black seamstress, and Herman, a white baker. As the couple dreams of a future where their love can flourish, they must contend with hate from both black and white communities as well as a looming health crisis.

Dogeaters by Jessica Hagedorn - February 24 & 25 at 7:00pm | FREE | ZOOM. Adapted from the 1990 novel of the same name, Jessica Hagedorn’s Dogeaters presents a Philippines that is “sometimes grim and stark, sometimes beautiful and lush, but always volatile.” Set in Manila in 1982, this epic play follows hustlers and authoritarians; soldiers and beauty queens; filmmakers and revolutionaries as the world’s eyes turn to the Philippines for the first Manila International Film Festival.

Two River Theater is located at 21 Bridge Avenue in Red Bank, New Jersey. While the theater has been closed, they have adapted and re-invented their programming and how they serve artists, students, staff, and most of all, their loyal audiences. They have been committed to creating online programming that entertains, educates, excites, and connects. They have also been planning for the future and for when they can safely re-open and gather again. Please consider supporting them during this challenging time to help sustain their future.  Click here to make a donation.