The Weeklings "3" Voted Coolest Song In The World for 2020 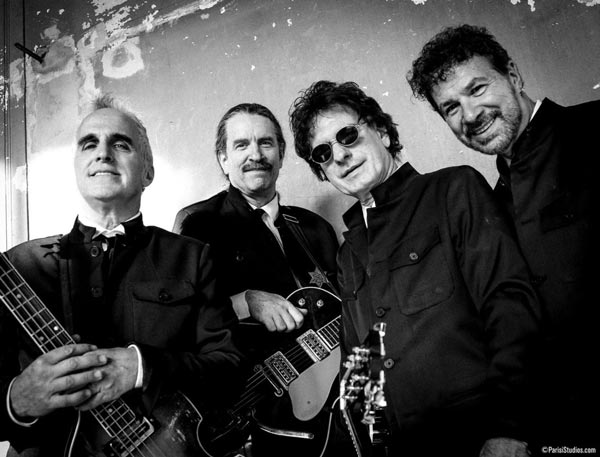 The Weeklings head into the new year with news that the title track of their album "3" was voted as the #1 Coolest Song In The World by Little Steven's Underground Garage.  The band has previously had two songs finish in the Top Ten Coolest Songs of the Year (in 2016 and 2018) but this is their first time topping the prestigious year end list.

While The Weeklings originally became known for bringing rare songs from The Beatles' catalog to life, they have also created numerous original songs such as "3", "Little Elvis" and "In The Moment" (the latter two being previous top ten finishers for The Coolest Songs of the Year.  Their takes on Beatles classics like "Paperback Writer", "Baby You're A Rich Man" and "The Word" have earned airplay throughout the world, including many Beatles-related shows.

While based in New Jersey, The Weeklings have performed throughout the United States.  The band is annually featured at premier Beatles festival events like Abbey Road on The River in Jefferson, IN and The Fest for Beatles Fans in Jersey City, NJ and Chicago, IL. They have performed at venues like the New Hope Winery; The City Wineries in NYC, Washington DC, Boston and Philadelphia; the Maryland Theatre, Hagerstown; the Mauch Chunk Opera House, Jim Thorpe; Steel Stacks, Bethlehem; The Towne Crier Cafe, Beacon, NY; Schermerhorn Symphony Center, Nashville; The Space at Westbury; The Cutting Room, NYC;Penn Community Bank Amphitheater, Bensalem; The World Cafe, Philadelphia; The Sands, Bethlehem; Daryl's House, Pauling; and many others.

During the pandemic, The Weeklings released great videos recorded in various locations and brought together with perfectly synched timing.  Some of the videos include covers of "Get Together" by The Youngbloods, "That Thing You Do" from the film, and a spectacular version of "All You Need Is Love" by The Beatles which features the band joined by Dana Marchioni, Linda Heffentrager, Mark Bassett, Dan Martinho, Max Morden, Amanda Morden, and John Martin.

Here is the complete Top Ten Coolest Songs In The World list.