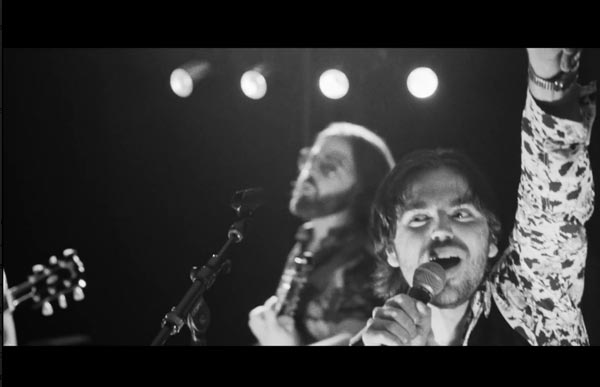 Odd One Out Productions and annual New Jersey based fundraiser for those battling cancer, Jammin for Jaclyn, have announced the web release of their short documentary. Entitled Jammin for Jaclyn, the film follows the organization as they put on their annual benefit in 2019, featuring behind the scenes footage, interviews with the organizers, and clips of the performers. It tells the story of how this family run benefit in a small New Jersey town came to last over seven years and raise over $185,000 for 8 families in their ongoing fights with cancer.

The organization was originally established for local New Jersey resident, Jaclyn Squillace, who was diagnosed with stage three breast cancer while five months pregnant in 2014. Her brother, Michael Squillace, a professional multi-instrumentalist, along with her parents and co-founders, Denise and Ron Morgan, created the annual event in order to raise funds for Jaclyn's many surgeries and treatments, but also to lift her spirits.

As she went in and out of remission for several years, they continued to run the event for others fighting cancer in the community. The Jammin for Jaclyn family pride themselves on throwing a party for their beneficiaries while simultaneously raising large amounts of funds with the help of multiple live bands, over 60 eateries, and generous donors.

To make a donation to Jammin For Jaclyn, click here.