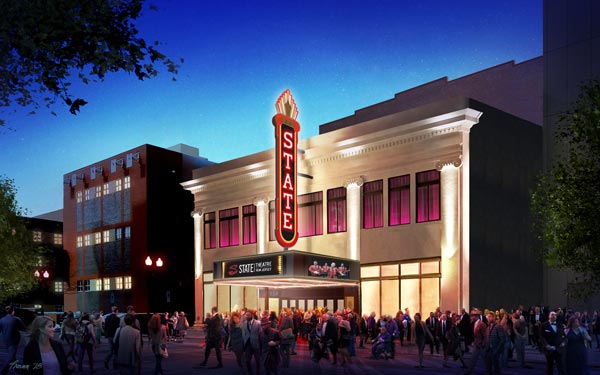 (NEW BRUNSWICK, NJ) -- State Theatre New Jersey will host a Virtual Groundbreaking event to celebrate the start of the theatre’s major renovations as part the Next Stage Campaign on Wednesday, December 2 at 12:00pm. The Virtual Groundbreaking will be hosted on the State Theatre’s Facebook Page. For more information on the renovations or how to donate to the Next Stage Campaign, please visit STNJ.org/NextStage.

Funds raised for the renovation of the 100-year old building—owned by Middlesex County and operated by State Theatre New Jersey—represent a strong public and private partnership between State Theatre New Jersey; Middlesex County; and many corporate, foundation, and individual donors who support and recognize the impact the theater has on the arts, the economy of the region, and the well-being of its citizens. 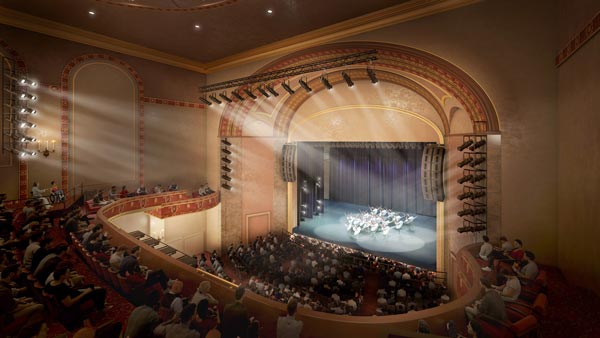 “These renovations will be transformative for the State Theatre, but more importantly, they will ensure that we preserve our rich history while continuing to serve the community as a state-of-the-art cultural venue far into the future,” said State Theatre New Jersey President & CEO Sarah K. Chaplin.

“Middlesex County has a long history of investing in the Arts—it is a cornerstone of our community,” said Ronald Rios, Freeholder Director of the Middlesex County Board of Chosen Freeholders. “This groundbreaking event marks the start of a new era of growth and enrichment at the State Theatre New Jersey that will continue to inspire change and provoke creative thinking as well as attract new audiences to our County. Our investment is part of a long-term strategic plan to improve the quality of life for our residents both now and in the future.”

“Beyond just positive economic development, investing in the Arts drives vital cultural change. The Board of Chosen Freeholders is proud to be part of the modernization of this prestigious and historic institution in our County, the State Theatre—for generations to enjoy, celebrate and be inspired,” said Freeholder Deputy Director and Chair of Business Innovation, Education, & Opportunity Committee, Kenneth Armwood.

The primary plans for the non-profit State Theatre’s renovation are guided by three major initiatives: accessibility and safety; audience and artist experience; and operational efficiency. The upgrades include the priority of becoming ADA accessible with the addition of an elevator, accessible seating throughout the venue, and new restroom facilities. Other renovations include modernizing the stage rigging system, dressing rooms, and lobby spaces—all designed to improve access, experience, and safety of our audiences, artists, and staff.

The improvements made critical by the COVID-19 crisis include the replacement of the HVAC system to improve air flow control and filtration, the installation of protective barriers at service areas, the installation of new modular seating to facilitate social distancing if required, and the addition of touchless technology in all restroom facilities. 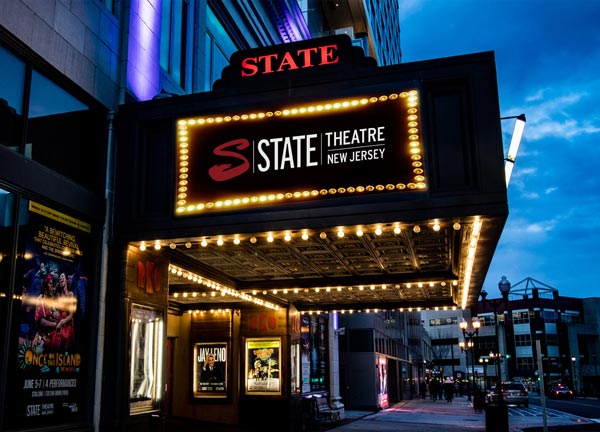 State Theatre was built in 1921 as a silent film and vaudeville palace. Recognizing the historic significance of the theater, PBS honored State Theatre New Jersey by featuring it in its documentary series, Treasures of New Jersey, in the fall of 2018. Treasures of New Jersey: State Theatre New Jersey can be streamed at STNJ.org/History. Today, State Theatre is the largest performing arts center in Central New Jersey and has welcomed 6 million people through its doors since reopening as a non-profit performing arts center in 1988. State Theatre New Jersey is a cornerstone of the cultural vitality of Middlesex County, and averages a total economic impact on New Brunswick and the surrounding area of more than $18 million a year. The mainstage programs have featured high-caliber artists such as Diana Ross, Tony Bennett, Kevin Hart, Ringo Starr, Melissa Etheridge, John Leguizamo, Harry Connick, Jr., Diana Krall, and Crosby, Stills & Nash. Program offerings include Broadway, orchestra, family, dance, comedy, rock/pop, jazz, Performances for Schools, and Sensory-Friendly Performances.