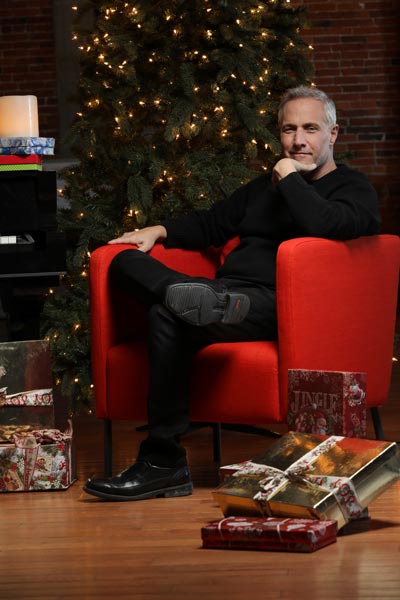 (NEW BRUNSWICK, NJ) -- State Theatre New Jersey presents Jim Brickman on Saturday, December 12, 2020 at 7:00pm. Jim Brickman will be performing “Comfort and Joy at Home LIVE!” Virtual Tour that will include an interactive Zoom Room, Meet & Greets, and Christmas Gifts delivered to your door. Brickman will bring the LIVE concert experience up close and personal by blending yuletide memories and holiday carols with his own hit songs such as, “The Gift,” “Sending You A Little Christmas,” “Angel Eyes” and “If You Believe.” Virtual tickets range from $40-$125.

Jim Brickman, best-selling solo pianist, continues the Christmas tradition with a front row experience where he demonstrates his many musical achievements. Brickman has earned 22 Number One albums and 33 Top 20 Radio Singles in the industry bible, Billboard Magazine. Additionally, he’s garnered two Grammy® nominations, gospel music’s Dove Award, two SESAC Songwriter of the Year Awards, and the Canadian Country Music Award. Besides these awards, he also has a music scholarship named after him by his alma mater, the prestigious Cleveland Institute of Music.

The Christmas spirit is what first inspired Brickman where he began his career as a jingle writer of famous tunes for advertising. From there, he then revived the romantic standard of the popular song. His first album release was 1995’s No Words and following this he’s gone on to sell eight million albums worldwide.

On Brickman’s successful musical path, he has had star-studded vocal collaborations across genres to feature luminaries such as Lady Antebellum, Michael Bolton, Kenny Rogers, Martina McBride, and much more. He has tapped into country, Broadway, pop, and jazz music industries where he’s participated with a multitude of other successful musicians. Besides music, Brickman has demonstrated his well-rounded talents by writing three best-selling books, starring in five TV concert specials, and is in the 22nd season of hosting the popular syndicated radio show: “The Jim Brickman Show.” Most recently, Brickman has begun Brickman Bedtime Story podcast that is every Tuesday night that can be seen on Facebook LIVE, heard on Pandora, Apple, Spotify and iHeart podcasts.

State Theatre was built in 1921 as a silent film and vaudeville palace. Recognizing the historic significance of the theater, PBS honored State Theatre New Jersey by featuring it in its documentary series, Treasures of New Jersey, in the fall of 2018. Treasures of New Jersey: State Theatre New Jersey can be streamed at STNJ.org/History. Today, State Theatre is the largest performing arts center in Central New Jersey and has welcomed 6 million people through its doors since reopening as a non-profit performing arts center in 1988. State Theatre New Jersey is a cornerstone of the cultural vitality of Middlesex County, and averages a total economic impact on New Brunswick and the surrounding area of more than $18 million a year. The mainstage programs have featured high-caliber artists such as Diana Ross, Tony Bennett, Kevin Hart, Ringo Starr, Melissa Etheridge, John Leguizamo, Harry Connick, Jr., Diana Krall, and Crosby, Stills & Nash. Program offerings include Broadway, orchestra, family, dance, comedy, rock/pop, jazz, Performances for Schools, and Sensory-Friendly Performances.