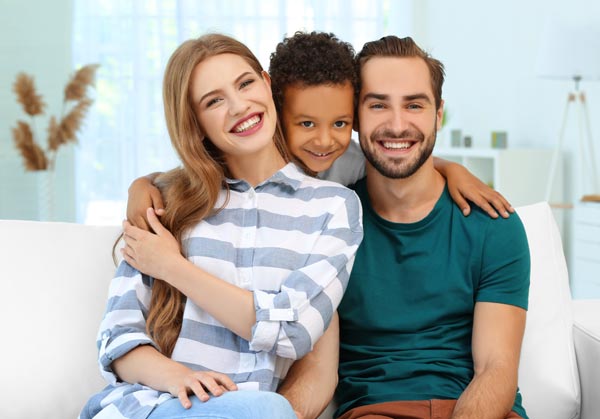 “While 2020 has been a year marked by uncertainty and sadness for so many, National Adoption Day ensured that it ended on a positive note for these 12 Middlesex County families,” said Freeholder Director Ronald G. Rios. “It was a privilege to be a part of this year’s celebration of adoption, and on behalf of the Middlesex County Board of Chosen Freeholders, I offer my sincere congratulations to all of the adoptees and their adoptive families.”

“Our family courtrooms see a lot of heartache throughout the year, but not on National Adoption Day,” said Middlesex County Surrogate Kevin Hoagland, who established the event in 2007. “This was our 13th annual Middlesex County National Adoption Day and even over video conference it was as joyful as ever. We believe deeply in the importance and value of adoption for creating and completing families – and helping to facilitate that is an honor.”

Among the families with adoptions finalized on this year’s Middlesex County National Adoption Day was the McCarthy family of Monroe Township, who adopted their ninth child. Frank and Maria McCarthy have adopted all nine of their children from Maria’s native Philippines, including two groups of siblings from the same orphanage. Adopted in 2011, 2015, and now 2020, the McCarthy children currently range in age from 12 to 23. While all nine children were adopted through Middlesex County, today marked the first time the McCarthy’s had an adoption finalized on National Adoption Day.

“It’s just how the timing worked out,” said Frank McCarthy regarding the family’s ninth adoption being finalized during Middlesex County’s National Adoption Day event. “We knew that November is National Adoption Month. It’s a nice thing to do to celebrate adoption. And there are so many kids who need homes. My advice would be: don’t be afraid to adopt an older child or a group of kids. I think, at least in our situation, it has worked out better.”

Due to COVID-19 restrictions, this year’s Middlesex County National Adoption Day was held via video conference rather than at the County Courthouse in New Brunswick. As in past years, the public portion of the event was open to the public while the actual adoption ceremonies remained private.