(UNION, NJ) -- The ReelAbilities Film Festival will be presented virtually this year as Kean Stage hosts films each week in November. The festival is dedicated to promoting awareness and appreciation of the lives, stories and artistic expressions of people with different disabilities.

Founded in NY in 2007, the festival presents award winning films by and about people with disabilities in multiple locations throughout each hosting city. Post-screening discussions and other engaging programs bring together the community to explore, discuss, embrace, and celebrate the diversity of our shared human experience.

Ticket holders are invited to participate in a live "watch party" on Wednesdays, beginning at 7:00pm via Zoom, followed by a discussion with disabled artists and experts who will share their lived experiences and delve deeper into the themes addressed in the films. Ticket holders will also be able to screen each week's films at home  from Mondays at 3:00pm EST and ending on Thursdays at 3:00pm EST. All films will include open captions. Films with audio description are available for at-home screening only.

Tickets are $5 per week. Purchase a $15 Festival Pass for all four weeks of films and save $5.  Tickets are available for purchase online.

This years ReelAbilities Film Festival New Jersey is led by Montclair University and generously funded by the Kessler Foundation.

Bedlam  |  2019 documentary - 86 mins. Through intimate stories of patients, families and medical providers, Bedlam immerses audiences in the national crisis surrounding the need for better care of people with mental illness, and demands this critical situation be viewed through an intersectional lens.


The Quiet Ones is a murder mystery where a teacher at a boarding school for the deaf is brutally murdered, and the suspects are narrowed down to four students.  |  2015 short - 15 mins 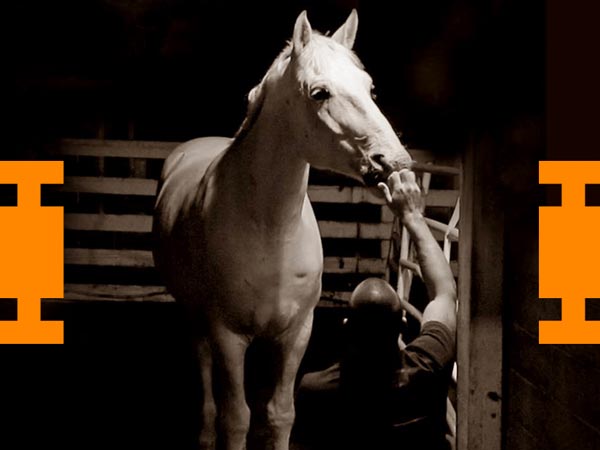 Riding My Way Back  |  2014 short - 29 mins. When Staff Sergeant Aaron Heliker returned from multiple deployments to Iraq and Afghanistan with traumatic brain injury, Post-Traumatic Stress Disorder, third-degree burns and nerve damage, he was introduced to the unlikeliest of saviors: a horse named Fredand.


Birthday A severely wounded Marine returns home to his wife after months of surgery and rehabilitation.  |  2015 short - 16 mins

Glimpse of Heaven A blind veteran changes his outlook on life after meeting a young girl.  |  2012 short - 12 mins

Leftover  |  2018 short - 9 mins. A young boy leaves home to join a peace rally. On his way, he starts to experience strange things. Images around him slowly turn into a nightmare.

Fort Irwin To confront his past trauma, an amputee veteran acts in a hyper-realistic military simulation.  |  2019 short - 11 mins

The Witch Hunters |  2018 feature - 86 mins. 10-year-old Jovan has had cerebral palsy for as long as he can remember. His condition has shaped his everyday life and made him think of himself as invisible to others - particularly his parents and classmates. In the world of his imagination, however, to which he escapes frequently, he is free to be who he wants and possesses the hero superpowers that everybody dreams of.


Angels Mirror is about a group of young boys who are fascinated by a girl who spends her days looking out the window.  |  2018 short - 14 min

Give Me Liberty |  2019 feature - 110 mins. In this freewheeling comedy, medical transport driver Vic risks his job to shuttle a group of rowdy seniors and a Russian boxer to a funeral, dragging clients like Tracy, a young woman with ALS, along for the ride.


Boldly Go  |  2019 short - 6 min. A young gay man is hiding an embarrassing secret about his body. When a long-term crush begins seducing him at a party, he is forced to confront his shame and expose the truth, or risk losing the boy of his dreams.

Musicians On A Mission Presents First Livestream Concert On December 6

NJPAC Offers Stream Of Ledisi: Live at the Troubadour On December 11