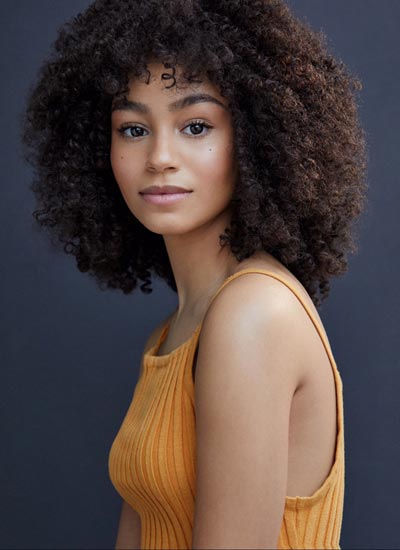 Tickets and information about the various packages are available for purchase online. You may also purchase raffle tickets for an assortment of items.

The Crohn’s & Colitis Foundation is a non-profit, volunteer-driven organization dedicated to finding the cures for Crohn’s disease and ulcerative colitis. It was founded in 1967 by Irwin M. and Suzanne Rosenthal, William D. and Shelby Modell, and Henry D. Janowitz, M.D. in New York City. Headquartered in lower Manhattan, the Greater New York Chapter serves all five boroughs.

Laurissa Romain aka "Lala" is an Actor, Singer, Songwriter, Model, and Native New Yorker, raised in Hell's Kitchen and has been working since she was a young child appearing in the entire 3-year run in Lincoln Center's Tony Award Winning Broadway Revival of Rogers & Hammerstein's South Pacific as Ngana, Directed by Bartlet Sher, starring Kelli O'Hara and Paulo Szot.

Laurissa just wrapped the Feature Film Kurt in the role of Veronica, that filmed in NYC. Kurt is about the rise and demise of one model's career through the eyes of a famous yet fading photographer, starring Matthew Lawrence, Granit Lahu, Gabriela Quezada Bloomgarden, Ashleigh Sharpe Chestnut, Ethan Slater and Laurissa Romain. The film is Produced by Sonder Pictures, Directed by Mike Perrone and Written by Mike Perrone and Christopher De La Rosa.

She is featured in the upcoming Spike Lee Civil Rights Film, Son of the South as Brenda Travis, one of the Freedom Riders, that stars Lucas Till, Lucy Hale, Lex Scott Davis, Brian Dennehy and Cedric the Entertainer.

Laurissa was Nominated for Best Lead Actress in the Short Film, "You Were Always" Written and Directed by Peter Westervelt, in the NICE International Film Festival 2020, which also starred Granit Lahu and Logan Sutherland.

Her other film work includes, Chris Rock’s Top Five as Grace, starring Rosario Dawson and Television work includes TBS’ Are We There Yet, Directed by Alfonso Riberio, Starring Terry Crews. Her most recent stage work includes, The Actors Fund Benefit Reading of Neil LaBute's A Dark, Dark House as "Jennifer",  Oswald the Musical as "Young Marina", The Origin Irish Theatre Festival's Award Winning Play, The 8th as Melanie Quirke and as Vanessa in The GR42 Sings Music of In The Heights celebrating the music of Lin Manuel Miranda.