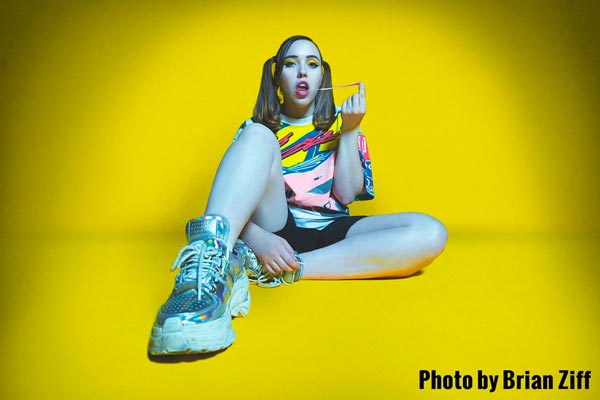 (NEW YORK, NY) -- Capital One City Parks Foundation SummerStage's SummerStage Anywhere digital series presents an exclusive digital performance from indie rock darling, Soccer Mommy, on Thursday, November 19. It will be the first full band performance since the release of her most recent, critically acclaimed album, color theory. The performance will air at 7:00pm ET across all SummerStage social channels (Facebook, Instagram, YouTube). The performance will be available to watch for two weeks on demand after its initial broadcast.

Soccer Mommy is the moniker of 22-year-old Nashville native, Sophie Allison. She released her breakout debut album Clean in 2018, earning mass critical acclaim. Since then, she has toured with the likes of Kacey Musgraves, Vampire Weekend, Paramore, Wilco and Liz Phair, made festival debuts at Coachella, Governor’s Ball and Primavera Sound, and opened for Bernie Sanders. Her triumphant sophomore album, color theory, was released early 2020 and was lauded by publications like the New York Times, Rolling Stone, Pitchfork, Nylon, and NPR. The album is already appearing on mid-year lists, from the likes of New York Magazine’s Vulture, Rolling Stone, AV Club, Esquire, Stereogum, Paste, Billboard, UPROXX, and more.

Earlier this month, Soccer Mommy released remixes for two of color theory’s standout tracks. British electronic artist and producer Actress shared a pared back remix of “crawling in my skin”  and Unknown Mortal Orchestra's Ruban Nielson has made a glitchy, sped up version of “circle the drain.”