Woman of the Photographs at the New Jersey Film Festival on Friday, October 23, 2020!
By Katie Scrivani

There are few films ambitious enough to try and tackle a number of ideas ranging from feminism to the harmful effects of social media on one’s psyche, yet Takeshi Kushida’s feature film Woman of the Photographs takes this challenge and runs with it. Kushida’s Woman of the Photographs centers around social media influencer Kai (Hideki Nagai) and photographer Kyoko (Itsuki Ohtaki). The story begins in Kai’s photography studio, where we see him retouching photos of various clients, including a photo for a woman to use on her dating site. Inside the studio is timeless, the older computer models and yellowing décor gives us the notion that this film could be taking place in the late 1990’s or early 2000’s, before the restoration of photographs was available with the purchase of an app on your smartphone. It is not until the emergence of Kyoko that we gather that this is all happening now, in the present day. Kyoko acts as Kai’s opposite; she is fully absorbed in her digital world and is desperate to show her online fanbase how her life is perfect. When Kai meets her, she is bloodied and injured, and begs him to retouch her photographs so she can continue to present her flawless online persona. In Kushida’s own words, photographs used to be taken for “our memories, but now are taken to show others an ideal version of ourselves with the help of advanced photo-retouching technologies". The juxtaposing ideology between the mass consumption of photos taken for the enjoyment of others and photos taken as memories serves as the foundation of this film. 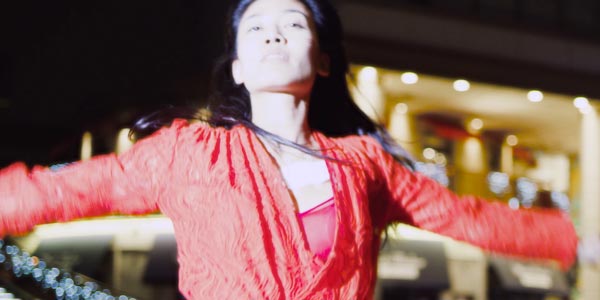 Kushida does not stop there. He expands his views about the contrasting role of photographs and shows the mental strain it takes on the women in his film. Kyoko’s character is volleying between identities: who she is on and off the screen. We see her rise and fall trying to fit into who she truly is and who she is online and watch her struggle as she is unable to keep her worlds apart. Her online presence is not who she is, and she cannot keep up the charade much longer causing her to lose endorsements and sponsorships. Kushida does not shy away from exploring the dark side of what social media is doing to women today, showing characters obsessed with their looks to appease others, stopping at nothing until they achieve what they perceive to be perfect. Kushida says that this film was “created to celebrate humanity through our attempt to find our true selves in this complex world”. The most moving part of this film occurs after Kyoko posts a photo of herself online, without it being retouched, only to find out that it was taken down for violating the social media platforms community standards. The heartbreak she feels is palpable, and her downward spiral afterwards evokes feelings of depression and dejection in the viewer. Kushida does not shy away from looking at the effects of the search for perfection can have on one’s mental health, but he also shows us that change is possible. 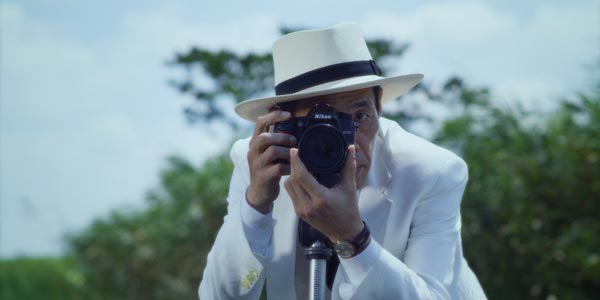 Kushida describes his film as romance, fantasy, and horror, but it contains so many more elements that are relevant to this particular period in time. Woman of the Photographs acts as both a feminist film and a call to action. In the foreground the audience watches as these two outcasted people, from completely different worlds, come together through photography and heal through one another. In our peripheral vision we see a woman desperate for approval and a lonely man who earns a living by fixing peoples imperfections finding solace in one another and heal while learning to accept themselves. During a time when social media is dominating the world we live in, Kushida provides a fresh look at this from all perspectives. 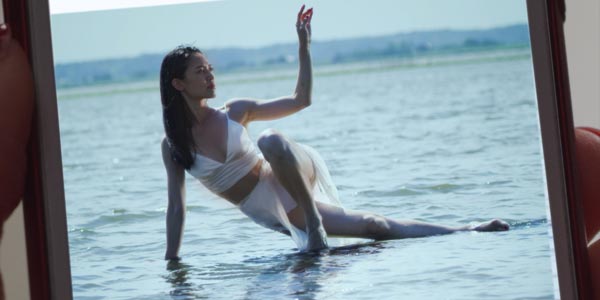 Here is more information on this screening:

A photographer discovers for the first time in his life the joys of loving a woman, this one confused about her self identity and self-esteem, by helping her in her perceptions of herself with his retouching skills. One day, middle-aged photographer and retouching artist Kai encounters Kyoko, a beautiful woman and model with a huge and ugly scar on her body. She asks Kai if he can erase the scar in her photographs of herself and create a perfect and flawless body by his retouching skills. Kyoko is fascinated by her new perfect looks in her photographs. At the same time, she is hesitant to show the world and her fans her ideal figures as in her photographs or to show her real self, scars and all. She is torn between the two selves and falls into confusion. Kai feels that only he can salvage Kyoko from her anguishes, and he is determined to love her at all costs, even if it means death to him.  Woman of the Photographs is a film that depicts the fascination and the passion in this encounter between two people awakening for the first time, to love and empathy. In Japanese, subtitled.  2019; 89 min.

Film will be available on VOD (Video On Demand) for 24 hours on Friday, October 23, 2020. To buy tickets for this screening go here: