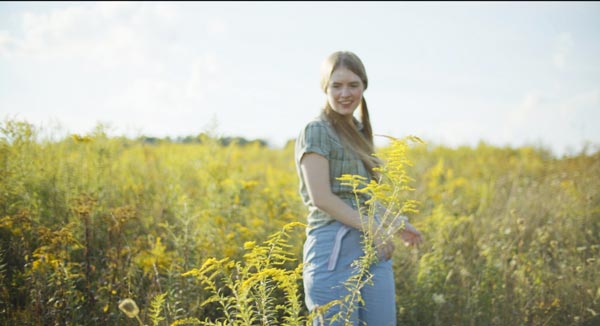 Here is my interview with Turtle Island  Director Orko Mukherjee:

Nigrin: Your beautiful coming of age drama Turtle Island focuses on Irene – an  orphan who tries to find her way in the world. Please tell us more about how you decided to make this film?

Mukherjee: I guess as a person, I have always been drawn to indigenous culture. Not only in the United States but across the globe. I find myself wanting to know more about different tribes in India, the aboriginal people of Australia and New Zealand, the indegenious people of North America, so on and so forth. Their traditions, ways of life, their values, language, cuisine - they fascinate me! And this makes me think - how are these people doing today, especially the youngsters? What do they think? Far from the contemporary trend and economic development - how has our idea, the "mainstream idea" of development affected them?  When I came to the United States, out of my own interest, I started reading about these many different tribes of North America. I read about their history and while doing so came across their struggle, the stories of betrayal and heartbreak. I was moved! I wanted to know more, and wanted to watch movies on these subjects.  Surprisingly though, there aren’t many films made on this topic. don't get me wrong, Hollywood made some great period dramas, some beautiful cinemas that give one a glimpse of these people's lives back then, there are some documentaries as well - but not much work has been done that talks about the recent issues these communities are facing today, the contemporary issues. So I decided to make one myself. This may be a work of fiction but with a lot of inspiration from real life events - things that have taken place or are still relevant.

Turtle Island, in the beginning, was Andrea's story. It was about a middle aged Seneca woman, who lives with her mother struggling to make ends meet. It was a story of hardship that she and her mother had to go through. But then comes Irene; an orphaned teen who loses her mother and gets raised by Andrea who doesn't have a family of her own. And slowly over the course of 6 to 8 months, Turtle Island becomes Irene's story, or rather Irene and Andrea's story.

Nigrin: Your film moves back and forth in time using flashbacks to tell Irene’s story. Why did you decide to use this narrative structure over a more linear one?

Mukherjee: Two reasons. First. Turtle Island is about Irene's journey and I wanted my viewers to walk alongside. To put themselves in Irene or Andre's shoes, to stop and think. I wanted my audience to experience this journey, not knowing what awaits ahead.  Second. Budget. I (unfortunately) didn't have a budget to fully explore Irene or Andrea or Brock's characters on screen. I knew who they were, what they did, but I didn't have the means to tell my audience a complete story of their individual lives. So I decided to be a little creative and jump back and forth in time. This helped me create a kind of a montage where images may appear disjoint a bit in the beginning, but if you take a step back and look at the overall picture - the story reveals itself.

Nigrin: The three lead actors Hannah Marijon, Curtis Caldwell, Lani Cerveris-Cataldi are really wonderful. Tell us more about them and how they ended up playing in your film?

Mukherjee: We found Hannah (and Hannah found us!) via Backstage. We had put a small casting call over there and (luckily), she noticed it, responded with her headshot and thus we found Irene. For Andrea, we were looking for an indegenious actress. It was very difficult and Jim was trying very hard to spread the word and find someone. Then one of his friends introduced him to Lani and we met Andrea.  Lani, to be honest, was godsend. She belongs to the pequot tribe, lives in an eighteenth century log cabin in Pittsburgh (where we shot many of our scenes) and made the original score.  Curtis also came via Backstage. He sent us his self-tape, came for an audition (and thanks to Steeltown entertainments for letting us use their space) and we met Brock. Want to know one secret? Curtis was not my first choice as Brock. Why? I thought he was too good looking for the role (Sorry Curtis, you know I love you!).

Nigrin: The film’s cinematography is absolutely beautiful.  The detailed shots of the farm where Irene and Lani live really underscore the film’s organic nature and its connection to the land.  Please tell us more about the DP and how you decided to give the film this look.

Mukherjee: Ian Altenbaugh was our Director of Photography in Turtle Island, an extremely talented cinematographer, brought on-board by our producer Jim Helfrich. Ian is a freelance filmmaker and a teaching artist for Steeltown Entertainment Project, a non profit organization that teaches students in and around Pittsburgh about the fundamentals of filmmaking. He guides students, who are mostly teenagers, through the various stages of filmmaking and assists them in creating their own projects.

For Turtle Island - myself and Ian, we were looking for a natural look; something that looks beautiful on screen but at the same time stays close to reality. Ian is really good with lighting scenes and worked tirelessly with our gaffer - Steve Croner and JP Russell to bring every scene to life. The locations Jim (producer) chose played a key role and so did our costume designer - Danielle, Art director - Nate Fitzgearld and hair and makeup - Donna Wadsworth. Without them, Turtle Island would have never looked this good!

Ian and I, we both had visualized Turtle Island in our own way. We agreed, we disagreed, we argued and we fought a lot (laughs) and I guess that's how Turtle Island got its unique look. All the fights, all the tears and the sleepless nights - it was worth it!

Mukherjee: According to Iroquois oral tradition, Sky woman falls down to the earth, which was covered under water. Determined to save her, the sea animals swim to the bottom of the ocean and bring back dirt. They spread the mud on top of a Turtle which then grows thus expanding the mud which takes the shape of a land, thus Earth. It's a vision of the world of nature as a place of coexistence, a vision of spiritual connection within the sphere of existence. Turtle Island also seeks inspiration from the same. It talks about inspiring one another, to help each other and to grow, together as better human beings.

Nigrin: Are there any memorable stories while you made this film or any other info about your film you would like to relay to our readers?

Mukherjee: My sense of humor is terrible, and there was a joke on set about my jokes. What? I won't tell you that. On a serious note, I would like to thank all the volunteers and supporters of the New Jersey Film Festival for selecting Turtle Island as an official selection. It's truly an honor to be screened alongside so many other beautiful films. Turtle Island is not a perfect movie, it perhaps has many, many flaws. It's not a multi million dollar Hollywood flick, it's a $25K cinema which I made out of my own pocket and I'm grateful to a lot of people who came forward to help me make it. But all the cast and crew have put their heart out in this movie and I think it shows. You can call it a passionate cinema, an honest attempt to tell a story that we believed in. I really hope you like it! 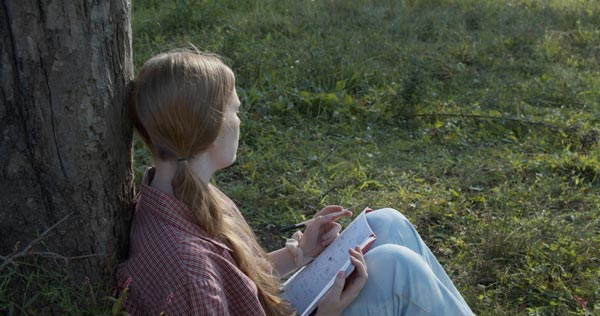 Two wonderful short films A Single Mom and Ironrite will be screening with Turtle Island. Here is more info on this screening:

Ironrite – Clayton Combe (Tappan, New York) A 1950s housewife struggles to accept her place in the world, while hiding herself and her young son from an aggressive door-to-door salesman. 2019; 9 min.

Turtle Island - Orko Mukherjee (Pittsburgh, Pennsylvania) A beautiful coming of age drama which revolves around Irene, an orphaned teen raised by her Native American guardian, who falls in with the wrong crowd and runs away. Irene returns after 10 years, now with her daughter, and follows a better path. Along with a focus on domestic trafficking, the story also makes an attempt to bring up the treatment of indigenous community in this country. The hardship the community had to go through in the past and, which is still relevant. 2020; 58 min.

To buy tickets for this screening go here: