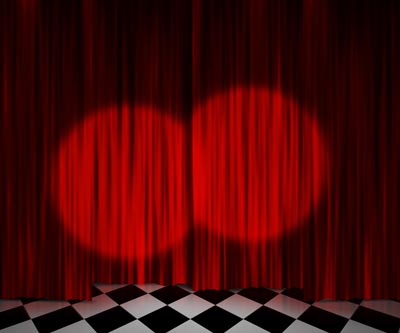 Given Circumstance: New Plays In The Virtual World - Mile Square Theatre has commissioned seven new plays written specifically for the Zoom format. The four-part series began September 18, and runs every weekend through October 11.

October 2 brings plays by Audley Puglisi and Cary Gitter; and the series commences the weekend of October 9 with work by Dustin Chinn and Chris O’Connor. Directors and casts of these other six plays will be announced at a later date.

“A monumental circumstance these days is that we now live in a digital world, chiefly defined by Zoom calls. All of these commissions have asked the playwrights to set their plays on the Zoom platform as a central ‘given circumstance.’ We are thrilled to have this impressive lineup of writers and theatre collaborators.”

Tickets are $15-$20, available at: www.milesquaretheatre.org.  Once purchased, audience members will be emailed a link through which the stream may be accessed. 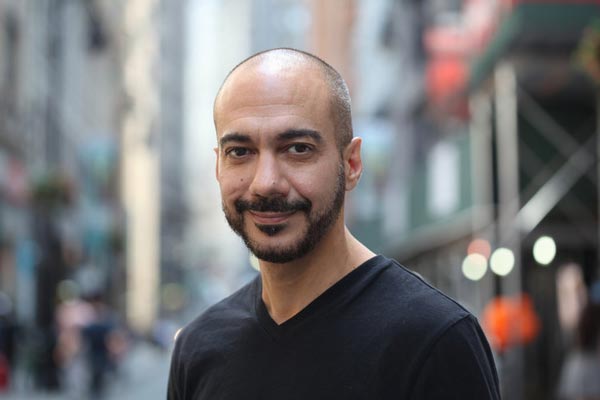 Centenary Stage Company’s Fringe Festival kicks off October 8 through October 11 with Rent Control. Written & Performed by Evan Zes, an actor/writer born and raised in the Bay Area, who portrays some 30 different characters in this wild-but TRUE one-man-play that recounts a period in his life as he struggled to survive, live and pursue his acting career in New York City. When Evan falls backwards into one of the few remaining rent-controlled apartments in NYC, he finds a way to make money and pursue his dream, turning the apartment into a lucrative Airbnb scheme - that is until his moneymaking scheme backfires threatening to ruin his life. This cautionary tale has had audiences howling with laughter and at the same time on the edge of their seats. Critics have called it “...cheerfully profane,” a “...surprise thriller” and “...dangerously hilarious.”

This limited engagement will be presented in the Sitnik Theatre of the Lackland Performing Arts Center on the campus of Centenary University at 715 Grand Avenue in Hackettstown, NJ. Performance dates and times are Thursday, October 8 at 7:30 pm; Friday October 9 at 8:00 pm; Saturday, October 10 at 8:00 pm and Sunday, October 11 at 2:00 pm. Tickets range from $22.50 to $27.50 for adults with discounts available for seniors, students, and children under 12. To purchase tickets of for more information visit centenarystageco.org or call the box office at (908) 979 – 0900.

Rent Control is a cautionary tale of greed and redemption and features the use of some strong adult language and themes. Audience discretion is advised. 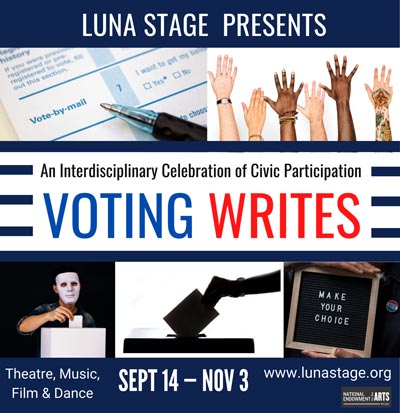 “We’re telling stories of single women losing the right to vote in New Jersey in 1807, of the Masked Election during the pandemic of 1918, of voter suppression in the past three months, and of the challenges and glories of vote-by-mail,” says Artistic Director Ari Laura Kreith. “At this pivotal moment in our country’s history, we are honored to collaborate with so many extraordinary artists and activists to highlight the importance of voting and the power of democracy.”

The original 9-song cycle concept album Songs of Suffrage will serve as the musical soundtrack to Voting Writes. Modeled after Woody Guthrie’s Dust Bowl Ballads, these songs share short history lessons about voting rights and repression alongside songwriter Jim Knable’s personal exploration of his own relationship with voting. Luna showcases a new track each Tuesday leading up to the election, and the entire album will be available for streaming and downloading in October.

The Voting Writes Project is supported in part by The National Endowment for the Arts and is created in partnership with The Andrew Goodman Foundation, a nationwide philanthropic group dedicated to promoting voting rights and encouraging civic participation. 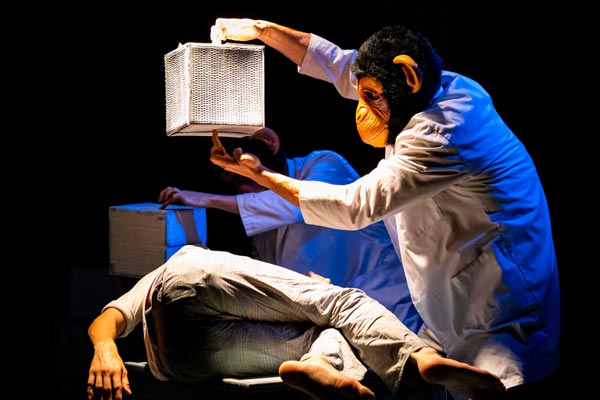 “Many of the artists and groups we are inviting are acclaimed in their home countries as well as internationally,” says Olga Levina, the artistic director of the Jersey City Theater Center.  “Their work is a direct response to the state of our world and the need for greater equity and unity.  Their stories are eloquent, forceful and often surprising, and their messages and testimony are riveting and shattering.  They deserve as wide an audience as we can give them.”

Several of the companies chosen would not otherwise be able to travel to the United States, for a variety of reasons.  Because their performances will be staged and livestreamed from their home-base theatres, the companies will share not just the perspectives and rich performative content of their most mature work, but also the context in which they create their work.

“We are very interested in sparking a far-reaching conversation with this festival,” adds Levina.  “Of course the voices of the different groups will interact and combine with one another, but it is crucial for the participants to enter a conversation with the host city and the diverse local audience we nurture at JCTC.  That is why our partnerships with the City of Jersey City, and with organizations throughout New Jersey, and even on-the-ground neighborhood groups and individual artists are so important.  We want the conversations of 2020 Voices to be uniquely inclusive, local and global.”

The Shakespeare Theatre of New Jersey Presents Shaw! Shaw! Shaw! - Due to the resounding success of its Back Yard Stage debut this summer, The Shakespeare Theatre of New Jersey (STNJ) will present a new, outdoor, live performance offering this fall.  Artistic Director, Bonnie J. Monte, has selected three one-act comedies by George Bernard Show to fashion a 90-minute production entitled Shaw! Shaw! Shaw!  The production will feature the Theatre’s non-Equity Shrewd Mechanicals company, and will be directed by Ms. Monte.  The production runs October 14 – 25, Wednesday through Sunday, with all performances at 7:00pm, plus Sunday matinees at 4:00pm.

“Our audience was so enthusiastic about our Crazy Love! performances in August, and we were thrilled to hear that they wanted more!” said Ms. Monte.  “They were very vocal about their desire for more classic theatre!  I’ve always thought of Shaw as a kind of ‘indoors-y’ playwright, but unusual times call for unusual decisions, and I’m sure Mr. Shaw will do just fine in the night air.  These three delightful comedies, which are not often produced, will be sure to please.”

The Back Yard Stage venue, a new performance space that the company created to accommodate the COVID-19 safety requirements, is located at their Kean Theatre Factory in Florham Park, New Jersey.