Rich Lynch Releases "The Talk Of The Town" 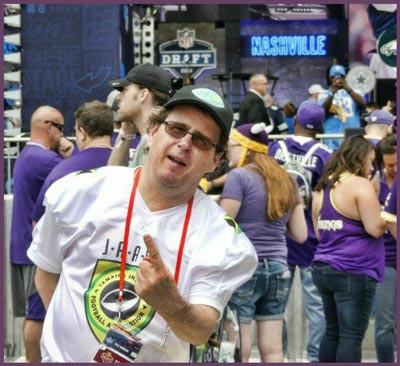 (NASHVILLE, TN) - Nashville based musician Rockin' Rich Lynch  is aiming to become "The Talk of the Town" and then some on the strength of his latest Music City production. Born out of the idea that simply walking around outside in some places is now viewed as a dangerous and revolutionary act - the four minute and thirty-five second track burns with a slow fury as it seeks to find out if "the lost can still be found".

To get the job done Lynch turned to the young gun with the magic touch - Mr. Dallas Jack and the services of his production company Record One. It was in fact on a stroll on the Music City Greenways where the artist and producer initially met midway through the city-wide lockdown in early May. In these bizarre times their first encounter might someday even be read about in a "Ripley's Believe It Or Not" style posting somewhere.

"While strolling on a path above the Cumberland River we heard a man cry out for help," Lynch remembers. "We stopped at the same time and ended up together assisting the rescue call that pulled the overturned boater from the cold and rapid waters."

For such an auspicious beginning you would expect the resulting song to be impressive and it is. Jack built up an amazing track with live drums, bass and a memorable solo straight out of the classic rock playbook with a modern approach that puts the Lynch/Jack team and their future output high on the Music City watch list.

"Dallas nailed it and understood precisely what was needed to bring the straight forward rocker to life," Lynch enthused. "He captured my unique qualities in a process that was easy, efficient, professional and well beyond my expectation. We scheduled some more sessions for our Fall releases and I can't wait to see where we go from here."

The composition itself is a much needed response to the lost cause that has been most of a Covid-impacted 2020. With an ethereal chorus and an enigmatic couple of verses, Lynch says that the song carries an important message for an ever-changing and increasingly confusing world.

"I think that's the most important part. People should get out in nature with their family and friends and discuss every aspect of what has transpired around the globe these past few months. Over and over again. From every angle. It's the only defense we have to combat the dehumanizing potential of social distancing and mandated muzzling of the populace that has come about in the wake of all this societal upheaval."

Lynch is current seeking Sponsors and Artist Patrons to support his future recordings and back catalogue. Please visit this link to join the RRL "Executive Production" team today!

ABOUT RICH LYNCH: New Jersey native Rich Lynch is a singer/songwriter who began his professional recording career in 2014 with "I Want to Live in a Dome". He has now released 19 critically acclaimed digital singles to the online marketplace and he is currently hard at work in Nashville on several new tracks that will see the light of day in 2019.