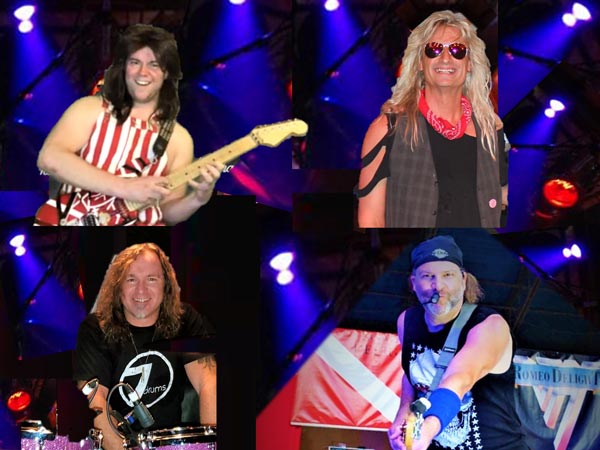 Romeo Delight is an East Coast based Van Halen Tribute Band that has played venues around the area like City Winery in Philadelphia and Daryl's House (Pawling, NY).  In New Jersey, they've performed at places like The Strand in Lakewood and The Stanhope House.  After seeing their name appear more and more, we wanted to learn more about the band, so we reached out to them.

Who are the members of the band and how did the band come  about?
The lead singer is Buddy Blanch, Lead Guitar is played by Kevin Sommerville, the Bass player is Joby Parendier, and the drummer, Michael Natalini is formally of Roughhouse and The Tramps!  It all started with connecting with lifelong friends, including Bassist Joby Parendier, who loves to play Van Halen! We decided to put our energy and creativity into Romeo Delight. The more we performed the bigger the band became and with our fans, it’s a great experience.

What do you think is behind the popularity of tribute bands right now? Is it to see & hear bands no longer playing? The cost of tickets for the acts (if they are still playing)? Or more like just a great night out?
I think it’s all of the above! I think you have to love what you do and that comes through in the performance. You need the ability and sound plus look like the original performers. You have to give the people what they want kind of attitude and have it come across in a genuine way to make the audience feel like they are at a Van Halen concert! We love what we are doing and that is the gateway to a successful tribute band!

Who would you say are the biggest part of your audience: die hard older fans of Van Halen who used to see the band perform or younger fans that never got the chance to see them play?
We play for the original Van Halen Fans to the new younger generation who have never seen Van Halen before and are curious to see what they missed out on. They really appreciate great Rock ‘n Roll!  We perform concerts that span generations and we entertain everyone who comes to see us with a high energy show!

Romeo Delight performs songs from the David Lee Roth and Sammy Hagar eras. Which do you prefer performing? Does one get a better response from the crowds than others?
We perform multiple phases of Van Halen, primarily specializing in David Lee Roth era Van Halen plus, Sammy Hagar’s Van Halen Hits, and their Greatest Solo Hits. We perform with the same energy, timeless songs, flamboyant look, and sound reproduction that have made Van Halen famous!  David Lee Roth fans and Sammy Hagar fans both give us a positive response at our concerts!  We may do a few Roth songs and throw in a Hagar song and it brings everyone together!

What is your favorite Van Halen album and what are your favorite songs?
I love all of them but if I had to narrow it down I would pick “Fair Warning” because of Eddie Van Halen’s guitar sound, which he calls “the brown sound”, on that album.  David Lee Roth’s whisky-drenched vocals really made an impact on me. As far as songs go I like “Jump” “Romeo Delight” and “Ain’t Talkin’ bout Love!

Outside of the Van Halen world, who are some of your favorite bands?
Some of my favorite bands include: Aerosmith because of Steven Tyler’s unmatched screams, Led Zeppelin for their unique sound, and The Monkees because of their timeless pop sound! 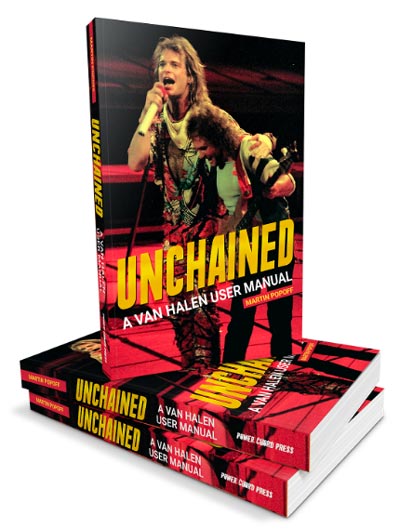 The band was included in the book Unchained: A Van Halen User Manual - what was that like for the guys? Did you ever imagine being in a book?
We couldn’t be happier!  We were named top vocals and one of the top tribute bands In the world In the book Unchained which is on the official Van Halen website.  We are honored to be recognized!

What have been some of the highlights for the band so far?
Some of our highlights include being recognized by David Lee Roth himself for his podcast, “The Roth Show”!

We are the east coast’s #1 most viewed Van Halen Tribute Band on you tube, being named one of the top tribute bands in the country, named top vocals in the Van Halen book “Unchained”, playing with Micky Dolenz of the Monkees and performing as his back-up band at several concerts. We are also thrilled to play Musikfest every year which is the nation’s largest Music Festival!

What would you like to see the band do in the future?  (is there a certain venue, tv show, record, etc.)
We are looking forward to playing larger venues, and expanding our region includes NYC!  We would love to do a T.V. spot, and record original music in the future! We were to do The Cutting Room, but that date has been postponed.

Finally, what is the most difficult thing about being in a tribute band?
“Wearing Spandex pants!” LOL!  Honestly, we are always rehearsing and choreographing new shows to appeal to the audience time after time!