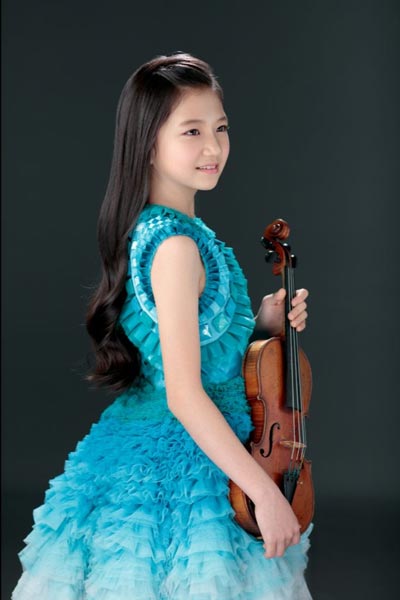 The Adelphi Orchestra Sixteenth Annual Young Artist Competition Winner, SoHyun Ko,  will be performing May 2 from 11:00am to 12:00pm on UNITE in support of efforts in the Global Pandemic. SoHyun Ko is a 13 year old violinist  currently studying with Pinchas Zukerman  and Patinka Kopec at the Manhattan School of Music Precollege Division.

SoHyun began studying violin at the age of 4 at the Korea National Institute for the Gifted in Arts. In 2014 the Stiftung Mozarteum in Austria invited the 8 year old  to Salzburg where at the Mozart Wohnhaus, SoHyun played Mozart's original violin. Austria National television ORF broadcasted her performances throughout Europe.

When 9 years old, SoHyun met famed violinist Pinchas Zukerman in 2015, a meeting which led to her present education. Together they performed  Bach concerto for Two violins in 2016 in Korea. Their celebrated performance was widely broadcast on TV and published in Korean newspapers.

In 2018 SoHyun was reunited in performance with Mr. Zuckerman at Cadogan Hall in London performing  the Mendelssohn violin concerto with the Royal Philharmonic Orchestra, conducted by Pinchas Zukerman.