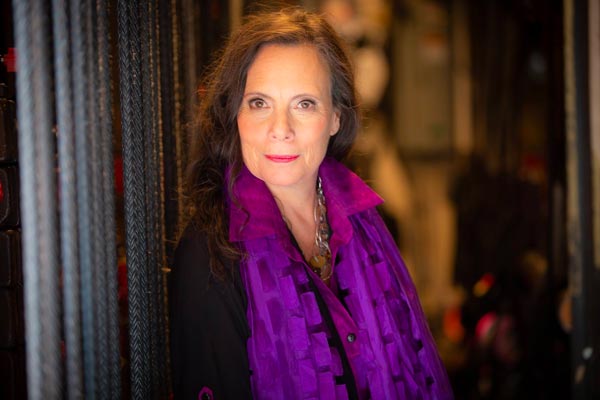 Early last year, Emily Mann announced the 2019-2020 season as her final turn as McCarter Theatre Center's Artistic Director and Resident Playwright. A champion for new voices and committed to holistic community engagement, Mann has been a transformative force for McCarter and the surrounding community.

In addition to spearheading a mission of deeply rooted local engagement, Mann elevated McCarter's standing nationally. The winner of the 1994 Regional Theatre Tony Award and the 2013 Tony Award for Best Play (Christopher Durang's Vanya and Sonia and Masha and Spike), McCarter has become a leader in the American regional theater movement under her leadership. This year, Mann was inducted into the Theater Hall of Fame in recognition of her significant contributions to the field.

As part of this special event, McCarter will recognize Emily's legacy as an arts leader and as a playwright by re-naming the McCarter LAB, a creative incubator for the development of new work, in her honor. Many emerging and established writers have developed new work in the LAB, including Christopher Durang's Tony Award-winning Vanya and Sonia and Masha and Spike, Pulitzer Prize winner Anna and The Tropics by Nilo Cruz, and Dania Gurira's Eclipsed.

To attend this free virtual celebration, register online here.  A link to attend the event will be sent to you after registration. For questions or issues with registration, email mfinnerty@mccarter.org.

This event will also be streamed live on McCarter’s facebook page.

About McCarter Theatre Center: McCarter’s mission is to create world-class theater and present the finest artists for the engagement, education, and entertainment of the community. Winner of the 1994 Tony Award® for Outstanding Regional Theatre, world premieres include Christopher Durang’s Vanya and Sonia and Masha and Spike (2013 Tony® – Best Play); Tarell Alvin McCraney’s The Brother/Sister Plays; Emily Mann’s Having Our Say; and Danai Gurira’s The Convert. McCarter brings artists from around the world to Princeton, including David Sedaris, Rhiannon Giddens, Wynton Marsalis, and more. Education and outreach efforts serve tens of thousands through student matinees, in-school residencies, and adult classes.