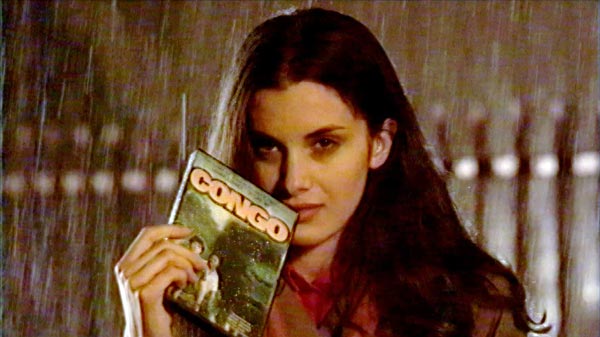 If, like me, you’re one of the few nutters who enjoyed David Robert Mitchell’s widely lambasted Under the Silver Lake and fancy another hit of Los Angeles set weirdness, writer/director  Michael Reich has you covered with his lo-fi, barely feature length oddity She’s Allergic to Cats.

Hollywood seems an odd choice for Mike to choose as a foundation for his artistic vocation, as his creative aspirations are hardly in line with the blockbuster output of Tinseltown. Rather he wants to make experimental works, like his current project, a remake of Brian de Palma’s Carrie with an all cat cast. His macho Teutonic producer Sebastian (Flula Borg) strings him along yet never seems to be paying any attention to Mike’s barmy pitches. Phone calls from his mother are batted away with generic “I’m doing really great Mom” responses. Mike sleepwalks through his grooming work, constantly lectured by his pretentious boss (Luis Fernandez-Gil). And his hovel of an apartment is infested by rats. 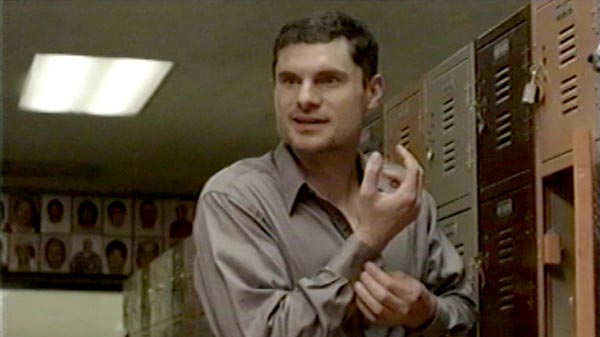 Mike’s sad sack existence takes a surprising turn when a beautiful woman, Cora (Sonja Kinski, who is the daughter of Nastassja and granddaughter of Klaus, and who thankfully resembles the former rather than the latter), turns up at his workplace with a dog belonging to Mickey Rourke that needs its nails clipped. During small talk, Mike lets slip that he’s an aspiring filmmaker, and rather than rolling her eyes, Cora professes a genuine interest. The two agree to a date the following evening.

Can Mike clear his rat-infested home before Cora turns up? Attempts to reason with his hippy landlord (Honey Davis) hit a dead end. In a last ditch attempt to solve his problem, Mike steals a troublesome cat from his work, hoping nature will take its course and the moggy will lay siege to his unwanted rodent lodgers.

With its Hollywood setting and shot on video aesthetic, She’s Allergic to Cats plays like a more accessible and mercifully shorter companion to David Lynch’s Inland Empire. Trippy montages filled with video static, dodgy tracking, slo-mo screams and mysterious nightmare imagery lead us to believe it’s a far darker story than the relatively low-stakes drama that’s really at play here. Such dream sequences can be read as visualisations of Mike’s crippling social and professional anxieties, both his terror at failing to impress the one woman in town who treats him like a regular human and his fears that his career may be hitting a dead end.

Pinkney the actor delivers a likeable turn as the put upon Mike, who can’t even cross the road without falling in dog shit. As his unlikely love interest, Kinski has all the enigmatic eroticism of her mother. Her Cora is one of those crazy beautiful women who in ‘80s movies were always grabbing nebbishy young men by the hand and leading them into a world of danger and thrills, like Rosanna Arquette in After Hours, Michelle Pfeiffer in Into the Night or Melanie Griffith in Something Wild. But again, the stakes are far lower here, and the biggest adventure Cora takes Mike on is breaking into a house to return a lost dog and perusing the owner’s oddly animal themed DVD collection.

Shot on high quality digital and downgraded through analogue processes to give the appearance of VHS, She’s Allergic to Cats is a movie that seems determined to alienate as many viewers as possible from the off. Its eventual audience will likely be small enough to fit in its protagonist’s cramped apartment, but give yourself over to its grimy aesthetic and absurdist humour and you’ll find it a charming piece of punk filmmaking. You might even find some of its lo-fi images quite beautiful, and if nothing else, its recreation of the Carrie prom scene with a bewildered tiara-clad tabby is worth the rental price alone.